Laurence Jones at the Troyeville Hotel

On memories of food and his bar that brings to mind the ever-popular TV series, Cheers

Spearheaded by chef and co-owner Laurence Jones, who bought the ailing Troyeville Hotel 11 years ago, it's no coincidence that the bar brings to mind the ever-popular TV series, Cheers. "It was our favourite eating place in Joburg and no one wanted to buy it, so we did," Laurence says. 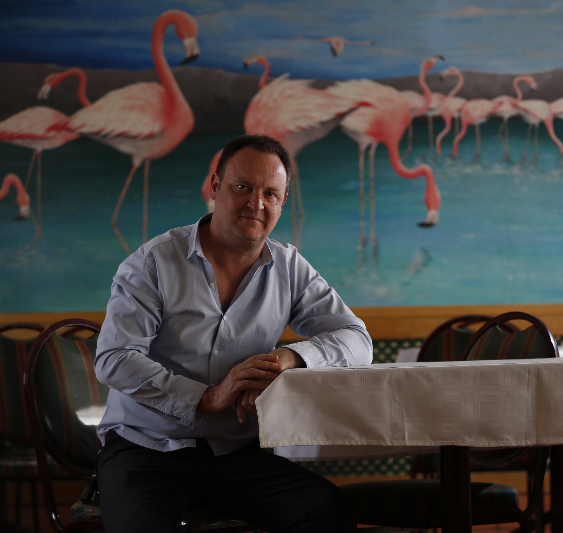 Laurence Jones at the Troyeville Hotel

The native Australian followed a pretty lass to South Africa in 1995 and has called it home since. For this globetrotting foodie, Johannesburg and its older suburbs with strong cultural identities, such as Cyrildene, Fordsburg and Troyeville, have always held the biggest appeal and the hotel's Portuguese-Mozambican patrons presented a welcome opportunity to play in the kitchen.

No feathers were ruffled when the hotel received a much-needed makeover a few years back and the locals still fill the bar every day to gossip and watch a bit of soccer. Laurence's flare and generous spirit extend beyond his updated menu. The establishment attracts a colourful mix of patrons and has become the place for lovers of simple, delicious fare, good weekend revelling and Laurence's regular literary gatherings.

Your first memory of food? My mom cooking offal in the kitchen in Sydney — disturbing but fascinating. She encouraged me to cook and bought different cookbooks. The first dish I made was lasagne and then we moved on to casseroles, cakes, pancakes and that kind of kids' stuff.

Where did it all start? I've been a chef my whole adult life. I left school at 15 and started cooking mainly European and Mediterranean food. I went to Europe and worked there when I was 17 years old and spent a lot of time in Asia running European-style bistros in Hong Kong, Thailand and Burma. I then met a nice South African girl, Angela Shaw, came back to South Africa with her in 1995 and never left. We set up a little cafe called Rocket in Durban at the Plaza Hotel down by the Waterfront. After that, I did some private catering and then went back to Asia. I returned in 2000, spent time with friends of mine who had a game farm north of Joburg and then met Sarah, who would become my wife and mother of my children, and did some catering. I opened a little club called Color Bar at 44 Stanley Avenue, ran a kitchen there and had lunch at the Troyeville Hotel once a week with my friend, Lloyd. It was my favourite local.

Where do you eat when you're not at Troyeville Hotel? Little places you find popping up in Chinatown. There's always something new. Then there's Gema, the pizzeria down the road with lovely wood-fired pizza that the kids love, so we go there regularly. There's also The Leopard in Melville and great Indian places in Fordsburg, but I work so much that it's usually dinner with friends at their houses more often.

Where are you originally from? Sydney. I started off in a little French restaurant as an apprentice, with a couple of French chefs teaching me how to cook and was very interested in travel from age of 15.

What have you made for us? A famous Portuguese classic, prawns nacional. It's always been a part of the hotel but not an everyday feature, so we do it once a week or fortnight. It's a delicious dish with a lot of Mozambican influence. Troyeville Hotel food isn't just classic Portuguese food, it's more Mozambican and spicy than traditional Portuguese, like the piri-piri chicken, which we inherited and other spicy dishes with coconut flavours too. 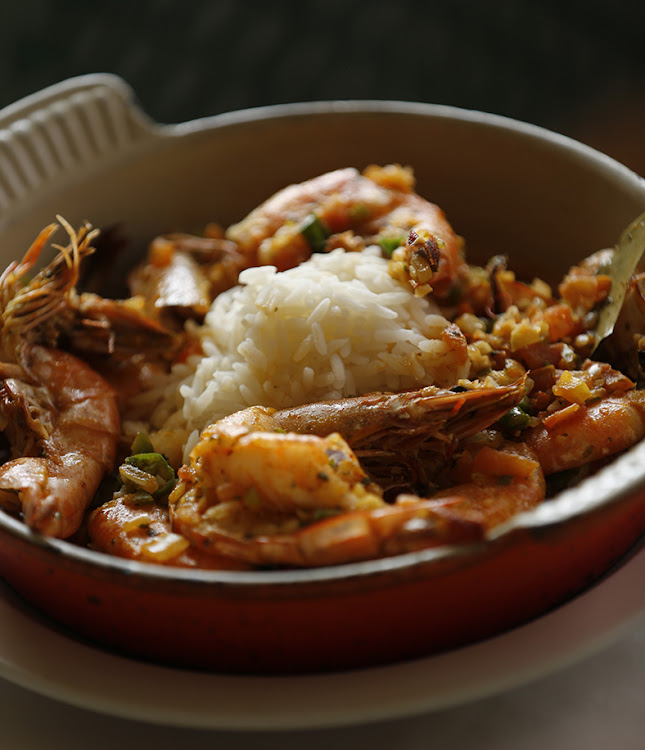 When sauce has reached a thick, shiny consistency, add parsley and tomatoes, then add 50g of cold, chopped butter with cooked prawns and juice from the plate.

Allow prawns to simmer with sauce for about a minute, checking that the thickest part of the prawn is cooked through.

Taste for seasoning. Add lemon juice, stir a final time and serve pan straight to the table with a side of rice, chips or bread.

Feast like Rajasthan royalty (and have a cold drink to ...

Raise a toast to the new year with these local MCCs