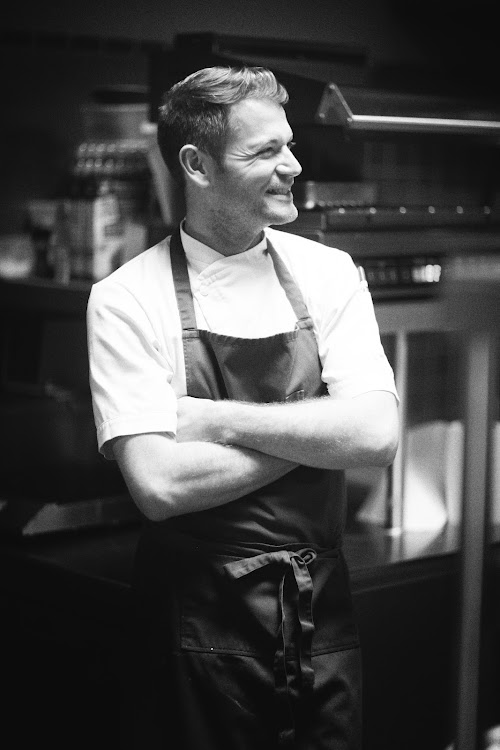 Congratulations on being the first South African to be awarded a Michelin star. What was your first reaction when you got the call from Michelin? I was totally blown away. I received the call late on a Friday night and couldn’t believe it. Vodka and lime got me through the night.

How has your restaurant and food been received in France, in particular your South African menu, “At my grandmother’s table”, which features traditional South African dishes such as bobotie and malva pudding? Up and down. When we first opened, there were lots of things the French thought were strange. Bread with aniseed, flan with cinnamon and quiche that we called souttert. It all needed some explanation and a bit of tweaking but we seem to have won them over.

You serve South African wines; how do your patrons react to them, and which vineyards do you deal with? We are one of the few restaurants in France that has such an extensive list of South African wines – Org de Rac, Hermanuspietersfontein, Jordan, Ken Forrester, Bouchard Finlayson, Hamilton Russell, Creation, Zevenwacht and lots more.

Tell me about finding your premises near the old port in Nice? I was looking for a small, intimate place and found an old Vespa workshop that was available. It needed full restoration and we also had to equip a kitchen from scratch. The result took a few months, especially with the way of doing business in France. The port reminded me of Cape Town, with the mountains and the vibrant atmosphere of holiday makers. 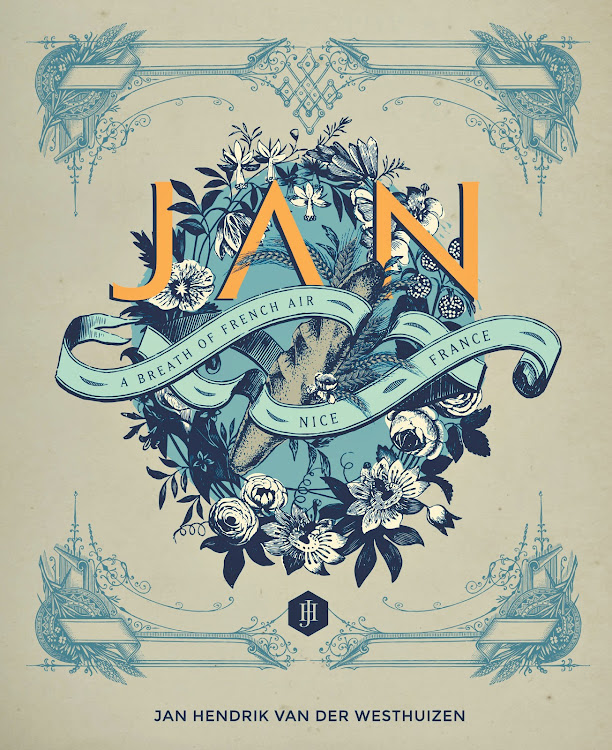 How has the district changed since you opened? There were only two restaurants in Rue Lascaris when we opened. Today there are more than six. It’s kind of like the Woodstock of Nice and includes bars, tattoo parlours, interior shops and vintage dealers. Great energy!

How did you approach the design and decoration of the restaurant? I started with dark duck-blue walls with classic trimmings. Our chair has a slight colonial feel and was handmade in Paris by Philippe Delzers. The chandeliers are original Metro lights from Paris and the floors are wood. Some tables are covered with crisp white linen and others are exposed wood with bistro legs. Miriam Makeba sings gently in the background. I had assistance from an interior designer from Paris, Thierry Pain, to source all the elements.

Attention to detail is important to you. Why did you decide on bespoke crockery, and where did you get it from? Yes, everything we sourced has some sort of connection to the area, our heritage, or has a story behind it. Some of the crockery I collected on my travels – from Paris and Spain to Cape Town – and some is made especially for the restaurant by a ceramicist in Saint Paul de Vence.

Tell us about your journey from a farm boy to your first Michelin star? My grandmothers and mother played a big part in my upbringing and encouraged my love of food. I am a doer. I like things to get done and be done properly. 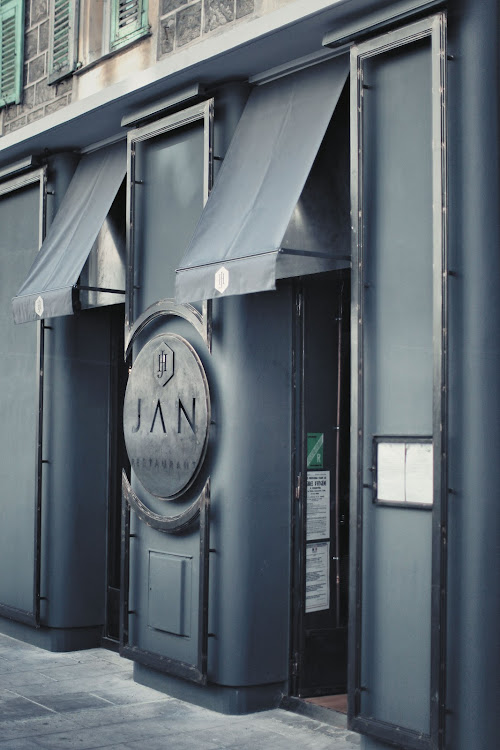 What advice would you give a home cook to improve their repertoire? Cook local, get to know your local butcher, the person who makes the bread, ask questions, be curious. Even if it’s at a supermarket. Insist on seasonal and always have Tabasco and honey in your cupboard!

Your second cookbook has been launched in SA. What can we expect from it? JAN, A Breath of French Air, is a memoire of JAN and local dishes that we like to cook at the restaurant. There are also chapters about my late-night snacks and our staff meals at JAN, as well as basics to have handy when preparing a special meal.
JAN, 12 Rue Lascaris, Nice, France, (33) 4 97 19 3223. restaurantjan.com 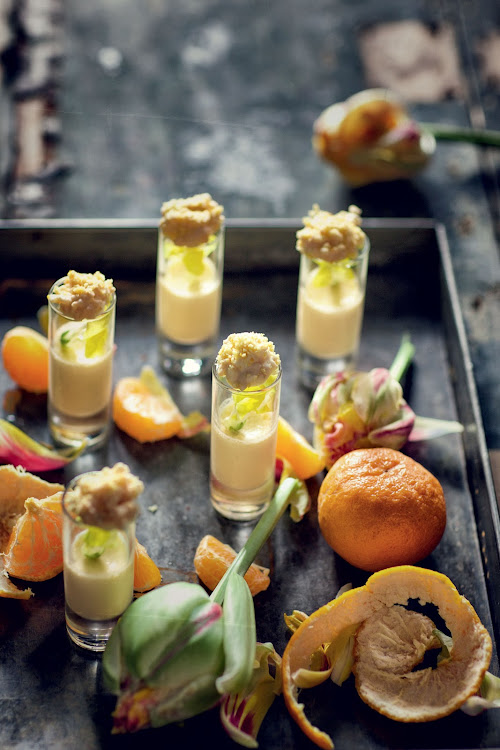 Place the cream, milk, sugar and the juice and zests of the naartjies and lemons in a large saucepan over medium heat and stir until well combined. (Reserve some of the naartjie zest for garnishing.) Soften the gelatine leaves in cold water, then mix into the milk and cream and whisk gently until the gelatine has melted. Use individual glasses of your choice and pour in the mixture until it reaches just above halfway. Refrigerate for two hours until set. For the rocks, melt the chocolate in a saucepan over low heat (or in a bowl in the microwave). Remove from the heat and stir in the Rice Krispies and coconut. Spoon the mixture into small rock shapes, sprinkle with naartjie zest and leave to cool. To serve, garnish the panna cottas with flower petals and top each one with a chocolate rock.