The trend barely ever makes it past celebrity culture, but things are looking a bit different this time around 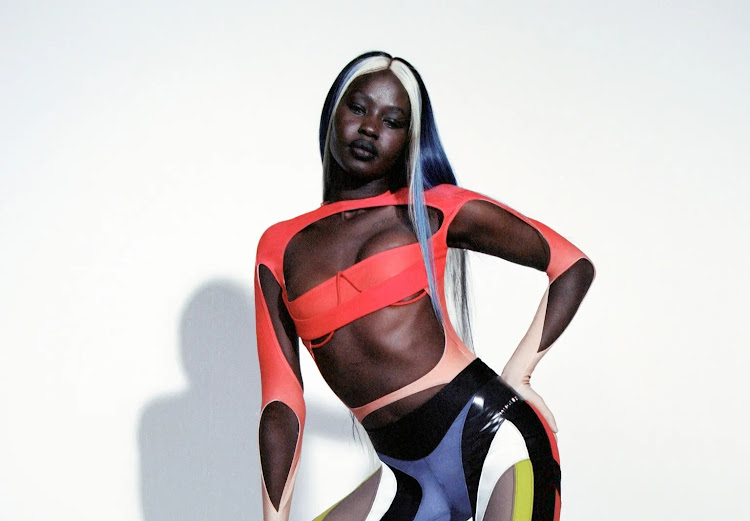 We’re slap bang in the middle of a dominatrix-trend renaissance, and it’s not hyperbole to say this video probably took conversation about racy fashion and who looks good in it to new heights. Could the trend itself find its way into the mainstream?

Social media is overcrowded with content. It’s not usual for a fashion video to provoke as much of a reaction as this Mugler one did. Predictably, it was rapper Megan Thee Stallion who seems to have become the subject of conversation. Like a lot of models in the video, the rapper twerks and twirls in blue cut-out denims, baring her famous booty, showcasing Mugler creative director Casey Cadwallader’s latest inventive take on denim.

Some accused her of making Mugler look like Fashion Nova, while others pointed out that the likes of Fashion Nova — the fast-fashion brand known for racy women’s wear — take their cue from Mugler, not the other way around. 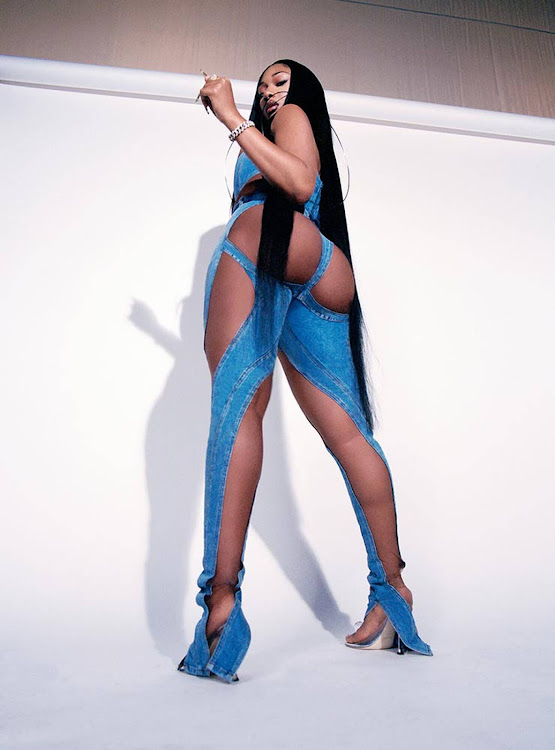 Social media discourse bores me specifically because few put their own prejudices and downright limited knowledge of history in check before putting stuff out there as fact. It’s therefore always a delight when even one voice breaks through the noise with something that even remotely closely resembles logic. Megan Thee Stallion is perfect for Mugler, if you have an inkling of an idea of what Mugler even stands for.

The designer, Manfred Thierry Mugler, who died at 73 earlier this year, is an haute couture pioneer whose boundary-pushing designs made him perhaps the greatest fashion showman. His highly constructed and outrageously dramatic designs made him a favourite of celebrities including Lady Gaga, Beyoncé, Diana Ross and many others, but it was his fascination with the human body as art that made him stand out. He did not shy away from controversy and overt sexuality, in the same way Megan Thee Stallion doesn’t.

Are leather and exotic skin alternatives viable for luxury brands?

Many are debating whether the Mugler jeans with butt and skin-baring illusion tulle is something you can wear everyday and I’m inclined to agree that maybe it's not something we can expect many outside of Megan Thee Stallion to rock very often, but we’re in a culture where showing off and being extreme about it is not unheard of. In fact, it’s almost a requirement if you want to keep your likes count working away.

... we’re in a culture where showing off and being extreme about it is not unheard of

Whether a lot of people can actually afford Mugler is a different story altogether, but when has buying into a trend ever stopped anyone? There will surely be plenty imitations across social media.

Beyond Tik Tok, Instagram or any of that, the current sexy and skin-baring trends — from Kim Kardashian’s body-hugging Skims slip dresses to pelvic cutouts in store rails — come at a time when society is increasingly embracing a multidimensional understanding of sexuality. It stands to reason that this newfound confidence in gender and sexual identities, untethered to traditional perceptions, could bring about a desire to express it valiantly and defiantly. No other form of expression can beat fashion in this regard.

As it’s no longer unusual to see people — men and women alike — in mesh shirts, for example, I can’t see how exposing their pelvises could warrant much more of a consideration. 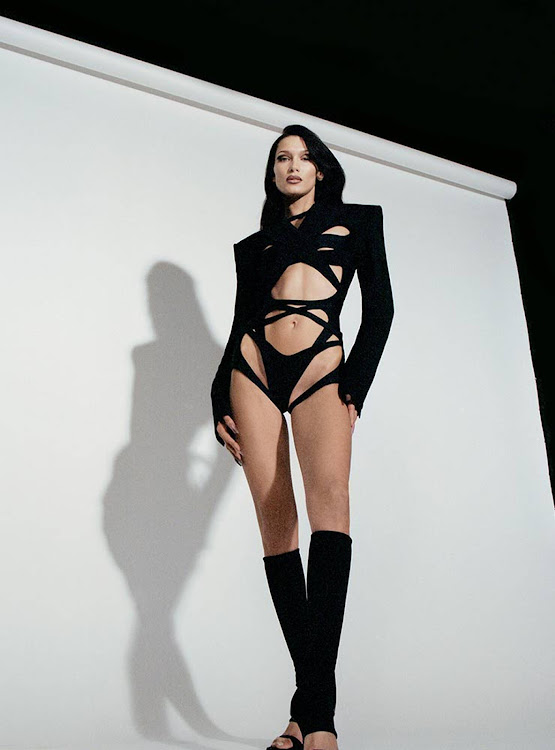 One of the looks in Mugler's Spring/Summer 2022 campaign.

Still, the proliferation of trends into mainstream culture is governed by social realities. As such, the possibility of abuse and harassment in the South African context specifically may be enough to deter local fashion buyers and even DIY-ers from trying out something similar to Mugler’s butt-baring illusion tulle denims.

So, while I’m as cautious anyone else about whether I’ll be seeing people risking the kind of scrutiny Megan Thee Stallion can only endure indirectly, I won’t be surprised to see this trend taking up space on my social media feeds and perhaps in more protected spaces like parties and clubs.

Yes, it is.
Fashion & Grooming
1 month ago

Inspired by the elements of nature and cultures, Cartier’s new high jewellery collection is a dream
Watches & Jewellery
1 week ago

5 coats by local designers that will elevate your winter wardrobe

Five South African designers’ take on an item that is always guaranteed to elevate your winter wardrobe
Fashion & Grooming
2 weeks ago
Next Article
© Wanted 2022 - If you would like to reproduce this article please email us.

Classic eyewear for the modern man