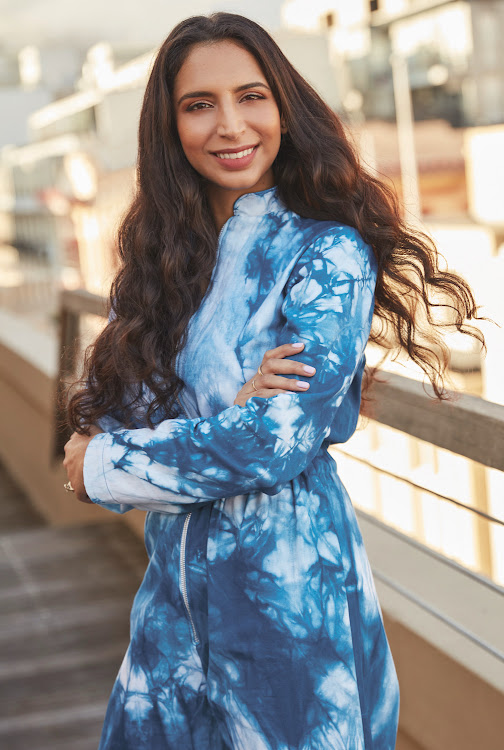 Designers from emerging economies such as those on the African continent are increasingly making a global impact — from Senegal’s Sarah Diouf to South Africa’s award-winning Thebe Magugu, Lukhanyo Mdingi, and Sindiso Khumalo. At no point in history has Africa been as much a part of the conversation about the future of luxury as it is now.

While the shift has been years in the making, challenges remain for an industry that still struggles with accessibility, specifically. Until 2018, when e-tailer Industrie Africa was launched, there was no definitive, easily accessible source representing the continent’s contemporary fashion landscape. Many of the continent’s brands are, of course, available online and on social media but, since its establishment, Industrie Africa’s “IA Connect” index has become an indispensable, centralised tool for discovering some of Africa’s most exceptional design talent.

Closing this gap was the first thing the four-year-old startup’s founder, Nisha Kanabar, wanted to do when she moved back home to Dar es Salaam, Tanzania, from New York in 2016. “The disconnect was palpable,” she says. “I’m not from a country with a thriving emerging fashion industry such as, say, Nigeria, so there was little way for me to navigate the region without doing extensive research and fact-checking, and having connections. I have all this formal knowledge on the global industry, but it was very difficult to understand what was happening even in neighbouring Kenya.”

A fourth-generation Tanzanian of north-Indian heritage, Kanabar had what she describes as an upbringing rooted in Swahili and Indian culture. “Living and growing up in this pluralistic society [resulted in] this multi-dimensional identity that really shaped my world view in terms of diversity. I didn’t understand how beautiful and normalised it was until I moved to the US.”

While she was an avid reader, she admits to not having been very “artsy” as a child, even though she had a strong sense of creativity. “I didn’t grow up around people who understood fashion, or people who knew what it is to be truly fashionable. Even I didn’t understand what it truly meant to be fashionable, but I knew what it meant to survive and thrive in a cutthroat ecosystem.” Still, her interest in the arts led Kanabar to the Savannah College of Art and Design in Georgia, US, to study fashion design. However, almost as soon as she got there, she realised it wasn’t where she needed to be. “It felt like the ideas were just not big enough and the student body wasn’t international enough — at least not by my standards.”

It was in Georgia that she gained a grounding in the liberal arts, allowing her to develop her creative skills and a strong sense for design. “But when it came to sewing,” she adds, “I knew that it wasn’t for me and Savannah wasn’t the place for me. I ended up applying to Parsons [School of Design] and the Fashion Institute of Technology in New York — the big fashion schools — because I knew I had the foundation, a good eye for it, and could succeed in it. I just didn’t know exactly how.” She landed up at Parsons, which has such notable alumni as Marc Jacobs, Prabal Gurung, and Anna Sui. “It was one of those situations where everything just clicked. Every course I did there I was excited about, and Parsons became my launchpad into the industry.”

Countless internships followed, with her first at Saint Laurent (then known as Yves St Laurent, or YSL) and the next at Stella McCartney, where she worked in public relations before moving to Vogue, working in editorial, PR, and special events. Here, Kanabar was part of the founding team behind Fashion’s Night Out, an event masterminded by Vogue, the Council of Fashion Designers of America, and New York City’s tourism marketing agency in the thick of the recession of the late 2000s, as a way of encouraging nervous consumers to start spending again.

I hope Industrie Africa can address all aspects of the pyramid, because you’re not going to have people who are interested in fashion

“Being able to penetrate that exclusive gate was really empowering,” Kanabar says, looking back on her career and the impact of her Parsons education and Tanzanian upbringing, which she credits with teaching her about the power of potential and using her unique influences to exploit her curiosity and love for learning. “What it really did was to unlock a hunger to find my place and [see] how my perspective and influences could contribute to what was around me.”

At YSL, Kanabar was given an early start in e-commerce, then still in its infancy. “I’d go to work in the e-commerce department, which was like, two people at the time, and send out newsletters on this archaic machine. Back then people thought they were just dabbling in it. It was just the beginning.” Of course, the global fashion e-commerce market is now worth around US$600-billion, something few even thought possible two decades ago. Her interest in emerging markets led Kanabar to positions at Vogue India and the Middle East, where she worked at style.com, the predecessor to Vogue Arabia, before bringing all her experience back home to Tanzania, founding Industrie Africa.

Just two years after its establishment, the platform added e-commerce and content divisions, a natural step in its mission to offer fashion stakeholders, and now consumers, clear and cohesive access to the market. Among the brands available at Industrie Africa are jewellery by Nigeria’s Adele Dejak and South Africa’s Pichulik, handbags and accessories by Okapi, and clothing by Tanzania’s Doreen Mashika and Loza Maléombho.

Says Kenyan stylist and member of the startup’s advisory board Sunny Dolat: “What’s been amazing about Industrie is its ability to stay agile and dynamic. It’s been tremendously beneficial for fashion on the continent from the perspectives of both raising awareness and expanding the narrative. It’s given designers access to markets that would have otherwise taken them a lot more time and resources to access.”

One of these designers is Adebayo Oke-Lawal, of the Nigerian label Orange Culture. “I think what Nisha is doing with Industrie Africa is phenomenal,” he says. “It’s definitely supporting the fashion ecosystem on the continent. She is super driven and always wants to ensure that all her clients are listened to, which is very rare.”

To further Industrie Africa’s vision of constantly evolving with its community and addressing its needs, Kanabar says the plan is to formalise a completely sustainable ecosystem. With accessibility and the e-commerce platform now in place, the next step is to address the lack of industry-focused education on the continent. “I hope Industrie Africa can address all aspects of the pyramid, because you’re not going to have people who are interested in fashion or who create beautiful work at the standard that can reach an international customer, or even a customer in a different country on the continent, without addressing the talent and the actual infrastructure.”

A new biography unwraps the complexities of Karl Lagerfeld, the emperor of fashion
Voices
1 month ago

Fashion and me? It's complicated

Can we rekindle the spark of our love affair after the lockdown era?
Voices
1 month ago