Love them or hate them, the latest in a string of Comme des Garçons and Converse collaborations are here, and this time the heart motif is a little shy 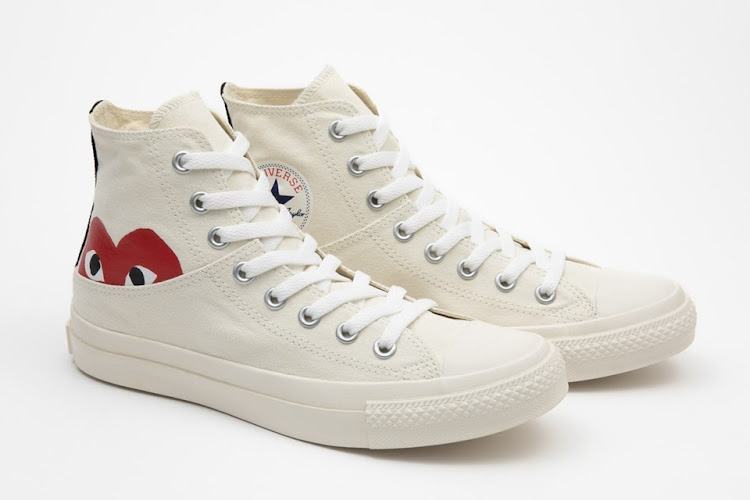 Spurned and adorned, the “heart shoes” divide the sneaker community either as a go-to essential or a clear demarcation of a slightly-above-basic sneakerhead, the Comme des Garçons Play Converses are as simple as they are controversial.

The new design, released on the September 23, introduces a coy new placement of the CDG Play motif, now with a white stitching bisecting the near mid-foot. The shoe still arrives in its black and white, high and low, versions of the Chuck 70.

At least for now, they are a Japanese exclusive, yet with the worldwide (and even SA release!) of the previous iterations, the shoes will probably see mainstream release in the near future.

Copious Converse Collaborations: The best of 2021

Despite the multiple years and versions of the CDG Chuck 70s, the show remains as popular as ever.

Reselling giant StockX chief economist, Jesse Einhorn, says, “Five of the top 10 most traded Converse sneakers on StockX in 2020 were from the CDG collab.”

“Despite the fact that they’ve been on the market for years, the Comme des Garçons Chuck Taylor All-Stars continue to move major numbers, with the black colourway ranking as the top-selling Converse of 2020,” says Einhorn.

The fall/winter shoe drops at Dover Street Market for roughly $160. 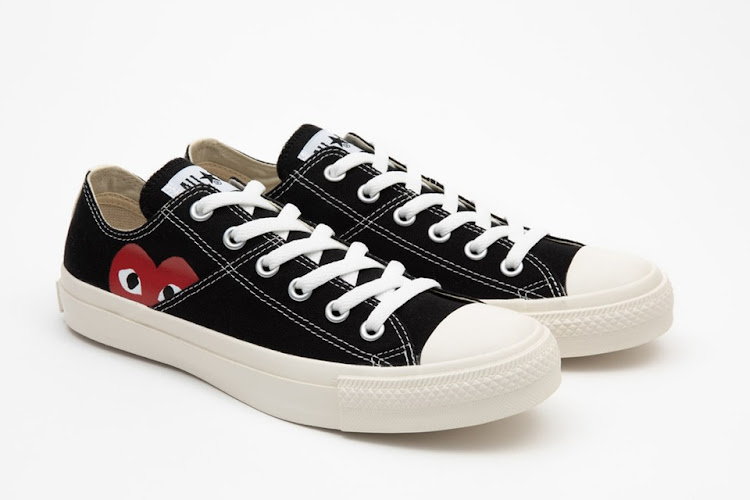 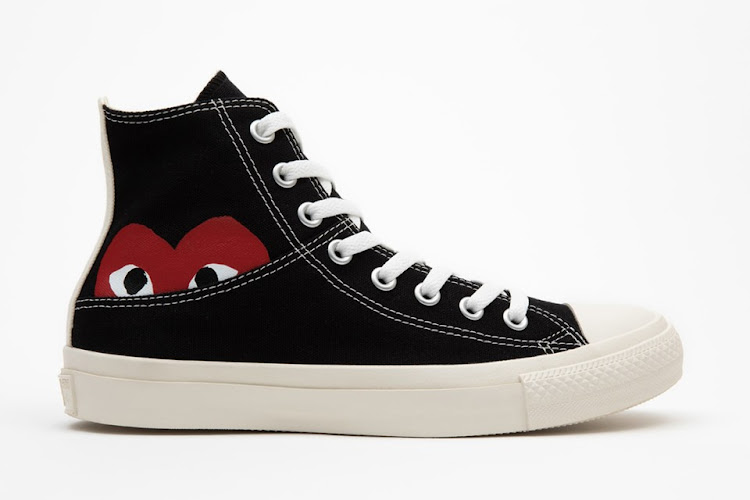 Juergen Teller’s disruption of the fashion status quo, the contemporary collection and the presentation of the collection plays with the unwritten ...
Fashion & Grooming
9 months ago

The US social firmament gathered to celebrate in a similarly gauche display of imperium
Voices
9 months ago
Next Article
© Wanted 2022 - If you would like to reproduce this article please email us.