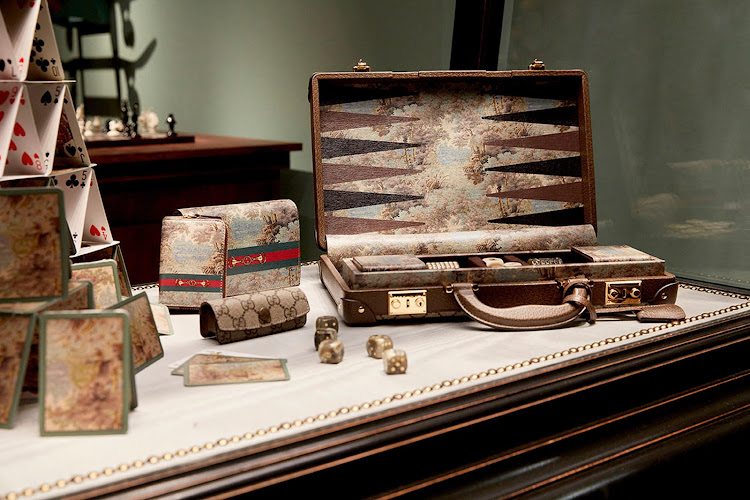 Just in time for the European school year, Gucci is releasing mundane objects with the touch of the magical: dice, skateboards, pens, notebooks and pencils. I arrived in Milan — the culture shock exacerbated by the isolation and mundanity of Covid-19 — for design week and first on my list was seeing the Gucci lifestyle collection with my own eyes.

The line outside the stationery store cemented Milan as the fashion capital of the world, but people watching were soon surpassed by a QR code link to a vintage-inspired, action-packed Gucci game for the patient patrons. The window display told of a dream world just outside my grasp; the detail orientation of the brand is as ever, awe-inspiring.  I stepped into the Gucci Cartoleria boutique, and I was encompassed by a magical world existing in parallel with our reality. I was in a magical fairy-tale; one that somehow created a story and gives charm to office supplies

Allessandro Michele, the creative director of the Italian fashion house, created an Aladdin’s Cave for visitors at the Milan Design Week. Modelled in the image of a traditional Italian stationery store, the theme is “the magic of everyday life,” which is encapsulated by the small storefront’s array of shocks and surprises, a “wunderkammer like the cave of Ali Baba.”

“When I was a child, going to the stationery store and finding pencils, pens, and notebooks ... meant bringing a dream into my daily routine,” says Michele. “They were fine, well-made objects that spoke of craftsmanship and that, though part of my everyday life, were able to give off a magical, mysterious and wonderful aura.”

The magic of Milan comes alive with flying notebooks, miniature apartments furnished in Gucci, train sets that defy gravity, chess pieces that move themselves and haunted bags — a sensory overload coupled with gaudy Gucci details and dreamlike prints. The opening of the pop-up for design week, until September 17, and the collection releasing on the 10th, marks the first lifestyle collection. 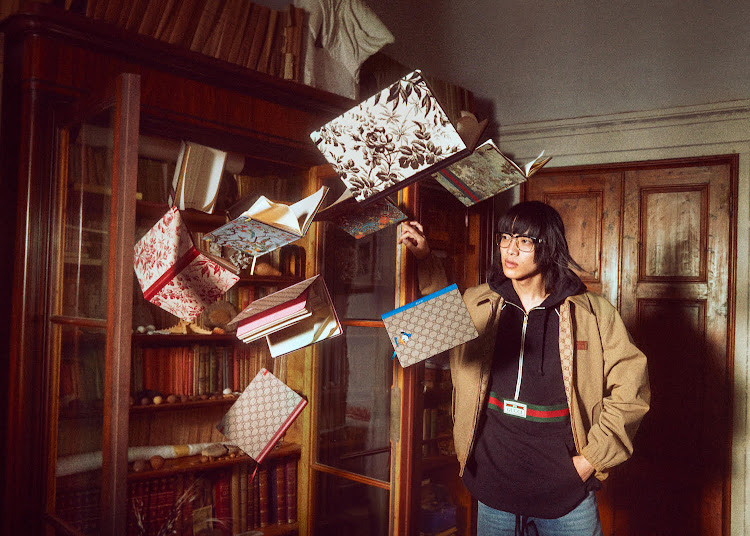 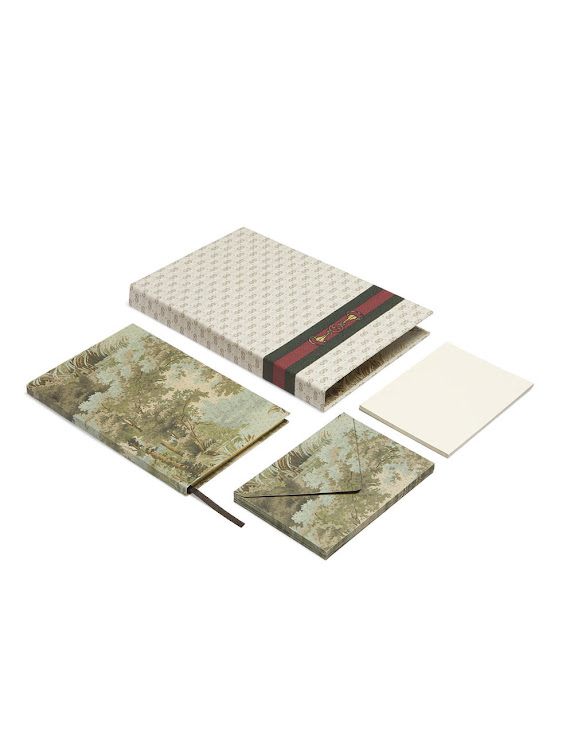 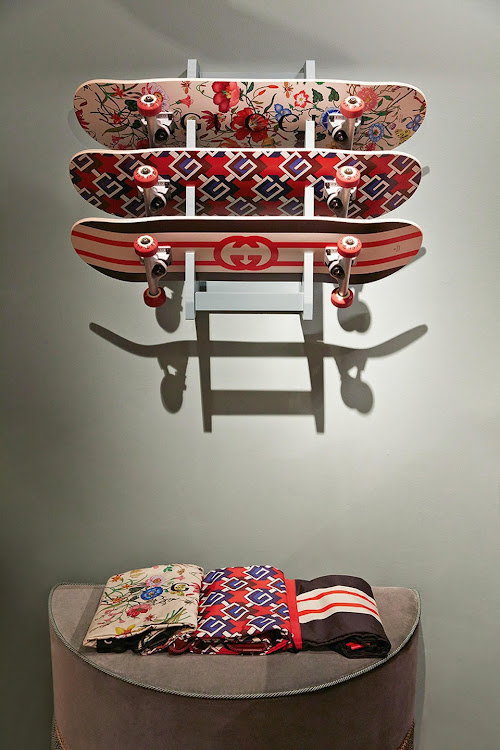 Unique offerings include notebooks and notepads, monogrammed, and lined in blue, red, green or gold, a Gucci-print letter case, thank-you notes and exquisitely detailed pens and pencils. For a little more fun, and gifting potential, poker and backgammon sets are concealed in briefcases, playing cards adorned with the GG moniker and a handcrafted dice set make for a posh-party staple. For the after party, satin silk pyjamas, draped in an array of Gucci House prints come in a matching silk bag. And coupled with a travel set (boasting mules, a sleep mask and pillow), Gucci lifestyle’s offerings become travel essentials, just as borders are opening up. 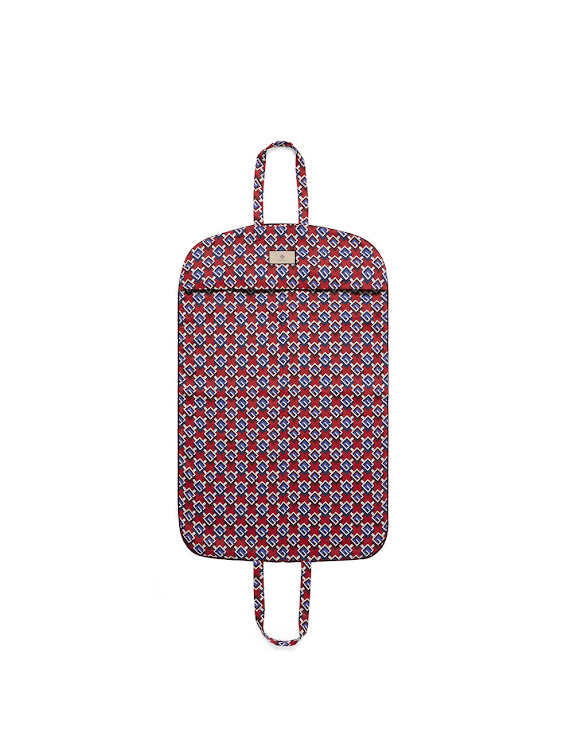 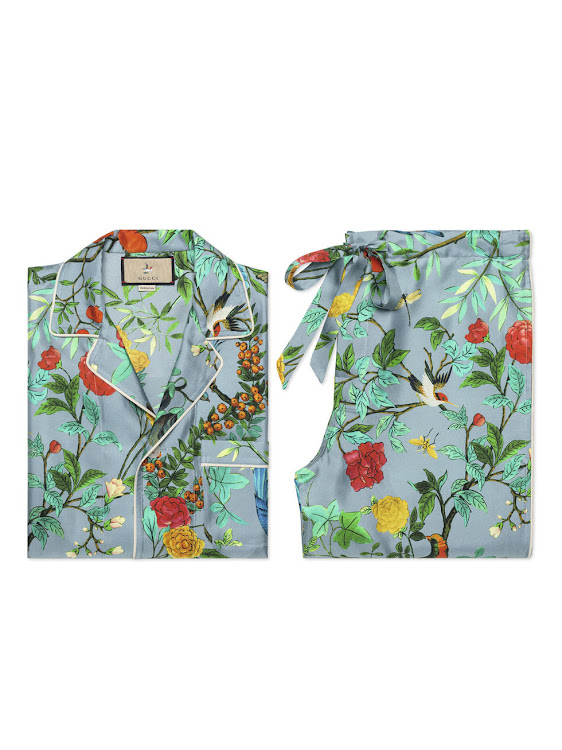 “I could have included them in the collections long ago, but they were not strictly related to clothing and accessories. That's why I wanted to build a whimsical space where they could be laid out, to restore to everyday life that sense of wonder that makes them so dear to me,” says Michele.

The collection is available through the online store and selected boutiques.

Links of Circle from Pichulik

Seconds out: Sean Wotherspoon heads for round three with Adidas

This new collection sees western-cowboy silhouettes paired with Magugu’s signature tailoring
Fashion & Grooming
10 months ago
Next Article
© Wanted 2022 - If you would like to reproduce this article please email us.