Sicilian Leather: the new unisex fragrance that will transport you to Sicily

Experience the freshness and liveliness of a leather accord 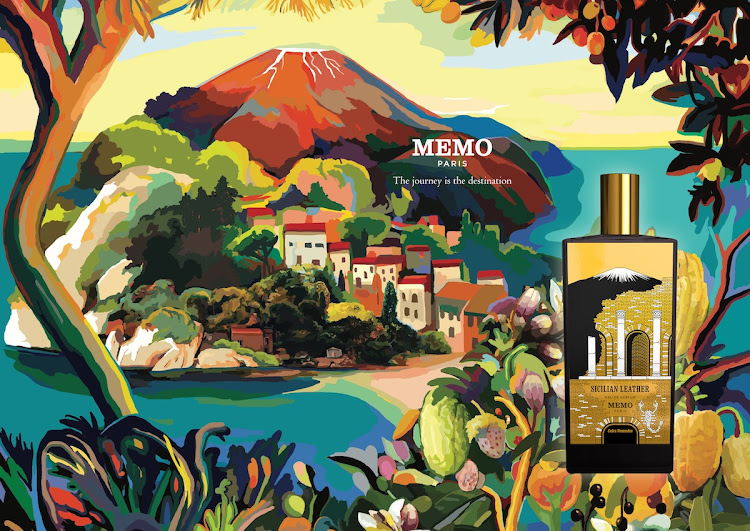 Memo Paris loves the company of artists, authors and illustrators who let their imagination wander according to the landscape.
Image: Supplied/Prestige Cosmetics

Do you like volcanoes? I have a soft spot for those who stand on islands, like Etna in Sicily. I have discovered this Mediterranean pearl, walked through the narrow streets of Palermo, Syracuse and Taormina, visited the Greco-Roman remains, loved the coasts and their burning vegetation, feeling it alongside me. He accompanied me. In front of a lemon Seltz, that typical Sicilian drink, composed of sparkling water, iced lemon, lemon juice, and a sprinkle of salt, I thought of the sparkling, aromatic, and zesty power that the island provided me with. After I left, Etna woke up. It greeted me from afar. I too would like to tell him how much his presence carried me. As if it offered direct access to the mystery. To that of the earth; to ours too, to this eruptive part very often dormant. I would like to reveal it through perfume, which knows so well how to bring mysteries to life. And to find, thanks to you, the formula for this intense expression, this fire dance that is familiar to the air. Best,

A creation by Yann Vasnier, Sicilian Leather has a dazzling character, thanks to the presence of citrus and spices. It blossoms and warms on contact with resins and woods, to give life to a leather accord that is both powerful and sparkling, vibrant and warm, like a Mediterranean volcano.

Solar, volcanic, invigorating: the new fragrance from the Cuirs Nomades collection is a composition carried by the sea winds, the island’s vegetation and the sovereign presence of Etna, Sicily. It's an island, whose name recalls the song of a cicada. The sun stands proud, the earth welcomes it, the fruits are gorged with it.

Balsam fir and white leather: an island of character, made for a zesty, energetic, eruptive leather accord, warm and invigorating simultaneously.

From the alleys of the vibrant Palermo, between cardamom and coriander seed oil: on the flowery heights of Taormina, a violet-leaf accord, into the Valley of the Temples, the beautiful Sicilian soul unfolds. In its lands, in its mountains, a path of resins and woods winds its way.

Cedar atlas oil, gaiac wood oil: for her, a perfume that is as telluric as it is aerial, which allows the encounter of water and fire, cedrat and leather.

To continue the journey, Memo Paris loves the company of artists, authors and illustrators who let their imagination wander according to the landscape.

Audrey Spiry: born in 1983, after training in applied arts and animated cinema, she became an illustrator and author of comics, developing a taste for press drawing, as well as the universe of youth albums. Her first graphic book En silence was published in 2012. Her pictorial approach and her colour treatment lead to rich and flamboyant compositions, which resonate with Sicilian Leather.

Benoît Reiss: born in 1976, he studied literature in Lyon then in Paris, lived in Japan. He is the author of a dozen books, which go between poetry and novel, and is co-director of Les Editions Cheyne. At the heart of his texts is the power of the imaginary.

* This article was paid for by Prestige Cosmetics.