How a pandemic gave luxury fashion a second life

The Covid-19 crisis forced luxury brands to rethink their strategies, and the future looks something like an e-phoenix 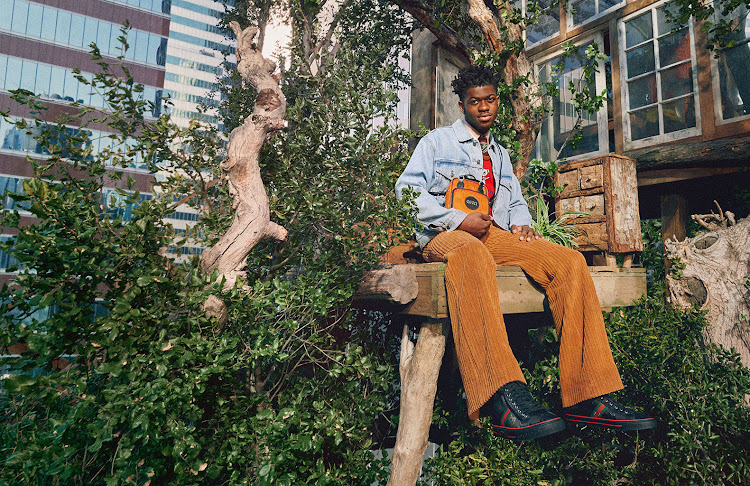 Here in the country, SA Fashion Week (SAFW) has just come and gone. Branded “The Business of Ethical Fashion” and filmed at the Mall of Africa, it was the first time the show went virtual.

Similarly with African Fashion International (AFI). Their Joburg event was a two-day affair with online masterclasses and their Cape Town iteration earlier in the year had to move to digital platforms on its last day because of Covid precautions. It was just a few hours before our president declared a national state of disaster, then later imposed a lockdown as a measure of fighting the pandemic.

It’s largely been the same around the world as fashion capitals akin to ghost towns continue to be affected by travel restrictions, store closures and declining sales.

But it hasn’t been all doom and gloom. Some luxury brands and pivotal events on the fashion calendar have risen to the challenge and from the ashes by rethinking their digital strategies and new business models, and really listening to what their (younger) consumers really want.

As the front row seat is democratised, and Generation Green (Gen Z and Millennials) votes for sustainability, inclusivity and conscious buying, the future of luxury fashion looks like an e-phoenix.

Gucci recently launched its own second-hand resale site with The RealReal and for every piece of Gucci clothing that they buy or sell, The RealReal will plant a tree. The Florentine fashion label, has also invested in Gucci Off the Grid, which is a gender-neutral range of accessories and streetwear made from recycled or bio-engineered materials down to the snaps on pockets and eyelets on a sneaker. Having joined TikTok at the beginning of 2020 and created virtual avatars that you could dress in app, it’s said to be the most popular luxury brand among teens to 30-year-olds.

A Glossy article says, “A Gucci executive wasn’t available to comment for this story, but a spokesperson for the company said that a major part of its strategy in the last year has been to focus on younger consumers and, to do that, it’s working to reduce its carbon footprint and embrace new ideas around circularity.” They’ve even used their podcast, Gucci Equilibrium, to help spread awareness around related issues.

And on other social media and e-commerce platforms, Oscar de la Renta has also been strategic about picks. Introduced as the first designer you can buy from Amazon’s new shopping experience, Luxury Store, the Dominican fashion label chose Cara Delevigne as its model. Delevigne is one of the top three most followed models on Instagram, together with Kendall Jenner and Gigi Hadid.

Launched on the mobile app, Vogue reports that Christine Beauchamp, who is the president of Amazon Fashion, says: “We find that the Amazon fashion customer overwhelmingly shops fashion in the mobile experience” and this customer has “ordered over a billion fashion items on mobile”. And you can more easily imagine how you’ll look in your future couture purchase with their View in 360 tool which lets you choose a model according to size, body shape and skin tone to avoid high return rates.

Encouraging their communities to shop more responsibly, upmarket brand COS now makes it simpler for their customers to sell and buy COS second-hand garments on Resell.

And Selfridges has created a space for pre-owned clothing driven by Oxfam and former Vogue editor, Bay Garnett, who has been championing the thrift game for a long time. She told Grazia that she worked on a magazine called Cheap Date, 20 years ago where she “produced fake campaigns to highlight thrift store clothes [versus designer]. So, Yves Saint Laurent became Salvation Army, Calvin Klein became Cancer Caring and Burberry became Borrowed. I wanted to put second-hand clothes in a glossy environment, so in a way this shop feels like coming full circle.”

Back at home, as we buy less stuff and celebrate Twyg’s second Sustainable Fashion Awards (the first of its kind in SA), I’m looking forward to subscribing to a local e-commerce site where I can shop pre-loved Maxhosa, Thebe Magugu and other Made in Africa luxury labels.

How will the beauty industry adapt in the face of the Covid-19 pandemic?

The luxury-goods sector has not escaped the effects of the coronavirus disaster; but cosmetics, haircare and fragrances deserve a closer look
Voices
2 years ago

With many shows cancelled or postponed, the international fashion community is rethinking how it will reach its audience
Fashion & Grooming
2 years ago
Next Article
Commenting is subject to our house rules.
© Wanted 2022 - If you would like to reproduce this article please email us.