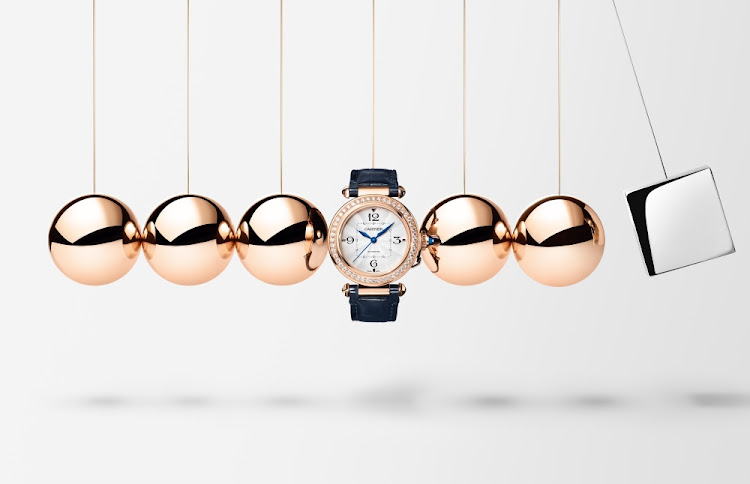 Interchangeable straps, a sapphire crystal case back, a new crown and personalised engraving, the Pasha de Cartier watch is sophisticated in terms of watchmaking functions and design.
Image: Supplied/Cartier

With its distinctive codes and extraordinary design, the Pasha watch is for those who think big. Echoing a broad worldview, the collection represents a whole new generation of talent. Its success is reflected in new and diverse creative projects being launched in 2020 that set them apart from previous generations.

Much like the personality and ambitions of the wearer, the Pasha de Cartier watch is bold — an extroverted watch that steps outside the box of classic watchmaking, where nothing is off limits.

The collection sets itself apart, embracing an assertive graphic signature. A square filigree rail-track is found in the circle of its dial, immediately introducing a nonconformist watch that harmoniously brings opposites together. Four bold Arabic numerals ensure an ultra-contemporary, oversized appearance. 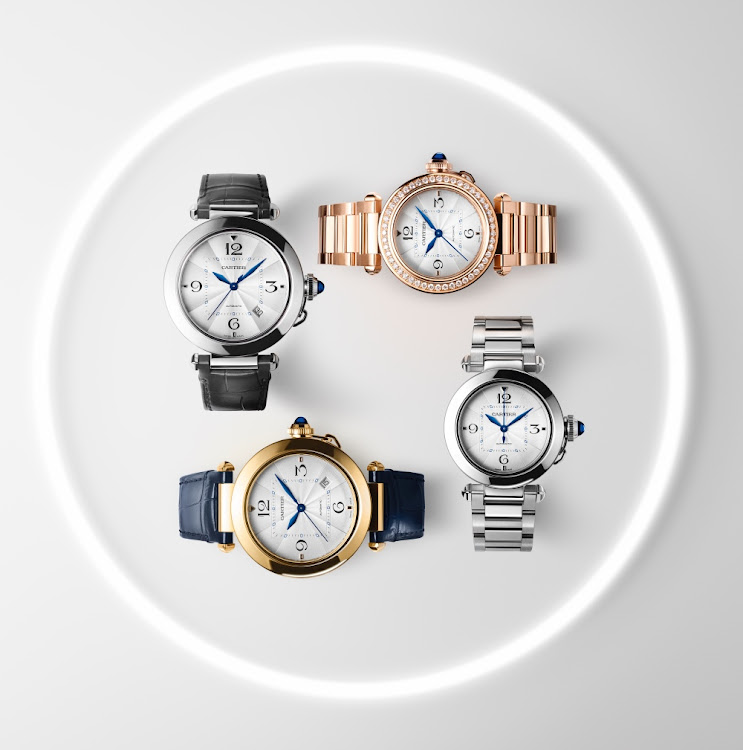 In steel, gold or leather, all versions can be interchanged thanks to an adaptation of the Cartier-developed QuickSwitch system.
Image: Supplied/Cartier

Its striking design challenges the predominance of round shapes in watchmaking, and amplifies its presence, originality and singularity. The bracelet is accentuated by the clous de Paris while its chained crown ensures maximum visibility.

That’s why the Pasha de Cartier has been a cult watch since its creation in 1985. At the time, its power caught the eye of the generations’ opinion leaders. Initially adopted by men, it was appropriated by women for the power it exudes.

The watch is a standout that loves light, assumes its excesses, and asserts its strength of character. Faithful to the original model but even more sophisticated with its crown featuring a blue spinel or sapphire, interchangeable strap and its multiple possibilities of personalisation, the Pasha de Cartier watch for the 2020s is classic yet contemporary and remains as edgy as ever.

* This article was paid for by Cartier.

This timepiece resembles a double helix, which symbolises “evolution, growth and resilience”
Watches & Jewellery
1 year ago

SPONSORED | The two-sided jewellery balances clean design with a serious spirit of original charm
Watches & Jewellery
2 years ago
Next Article
© Wanted 2021 - If you would like to reproduce this article please email us.

Here’s how to transport yourself to summer right now

Revitalise, replenish, and enrich your skin with the ...