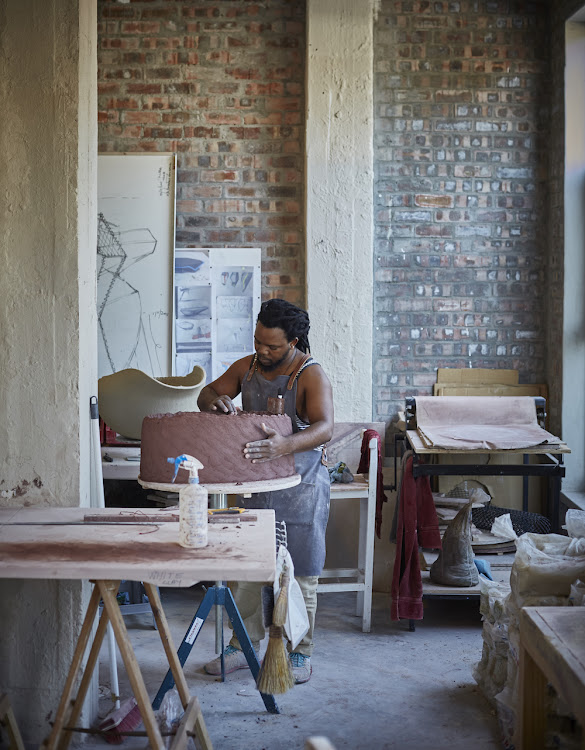 With a portfolio that finds inspiration from African scarification to co-opting the surrealism of Picasso, Andile Dyalvane and Zizipho Poswa are the creative duo behind Imiso, the Cape Town-based studio that has been at the forefront of bringing SA ceramics to the attention of art lovers worldwide.

Dyalvane and Poswa met in Port Elizabeth in the early-2000s, while both were studying at Nelson Mandela University, formerly known as PE Technikon. Further studies and work opportunities brought the pair to the Mother City, but in 2006 they decided to pursue their passion for ceramics on their own, collaborating to establish their own studio. Imiso — meaning “tomorrow” in isiXhosa — was born.

“We really wanted to be able to express ourselves,” says Dyalvane. “Although we each have our own voice and expression, at Imiso it’s a collaborative approach. Whatever we do comes from growing together.”

While building a loyal following, through their partnership with Southern Guild the pair have made their mark on the arts scene both at home and abroad. Dyalvane is a member of the International Academy of Ceramics, and has shown his work in galleries and exhibitions from Miami to the Middle East. In 2017 Poswa was awarded the prestigious Fellow Award from Ceramics SA, and her work is held in prestigious private and public collections worldwide.

Award-winning artist talks about his recent residency in England, spirituality and his Xhosa cultural roots
Voices
2 years ago

While building a loyal following, through their partnership with Southern Guild the pair have made their mark on the arts scene both at home and abroad. Dyalvane is a member of the International Academy of Ceramics, and has shown his work in galleries and exhibitions from Miami to the Middle East. In 2017 Poswa was awarded the prestigious Fellow Award from Ceramics SA, and her work is held in prestigious private and public collections worldwide.

The foundation for much of the duo’s creations is their shared heritage, rooted in the traditional Xhosa culture of the Eastern Cape.

“Our upbringing and culture resonates with both of us, and the way we experienced life in our childhood in the rural areas was very similar. I use that a lot as a way of communicating what I’m about,” says Dyalvane.

Xhosa culture is at the heart of Dyalvane’s work, and that is most strikingly brought to life in his Scarified series, highlighting the traditional ritual of scarification common across Africa. Similarly, his Idladla (grain silo) collection for Southern Guild was centred on the crucial role that maize plays in the villages of rural SA. A well-travelled ceramicist who has exhibited and collaborated worldwide, Dyalvane has also turned the appropriation of African imagery on its head in his eye-catching Africasso series.

For Poswa, ceramics are the medium by which she celebrates the strength of African women. In her first major collection — dubbed umthwalo, or “load” — she highlighted the load carried by African women, while the subsequent series, Magodi, celebrates the sculptural forms of traditional African hairstyles. 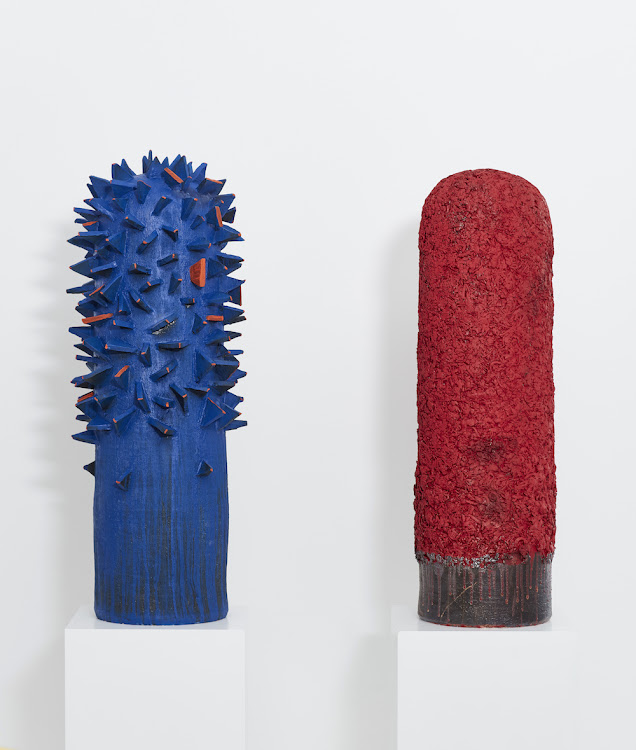 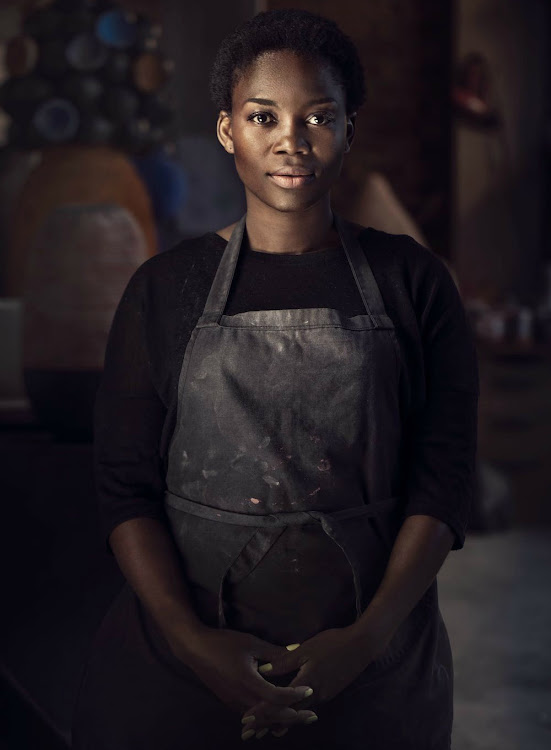 That shared respect for culture and heritage made clay a natural choice of medium for this talented duo.

“Working with clay, it reminds me of my childhood in the village,” says Dyalvane, who was raised in Ngobozana, near Qobo-Qobo in the rural Eastern Cape. “Although I used to draw a lot, when I was studying I felt a real connection with clay as a way to express myself in sculpture, texture and functional objects.”

Functionality is a key element of the work at Imiso, notably in the delicate hand-pinched range inspired by SA flora. 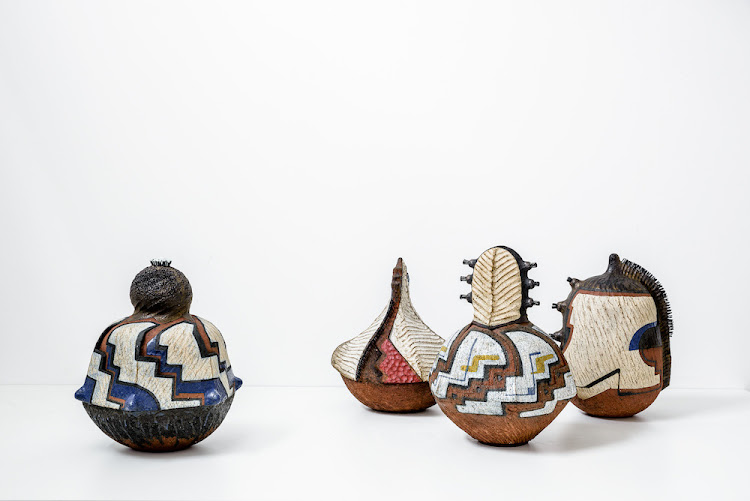 “Even if it’s functional there’s a meaning, a narrative that comes with that,” explains Dyalvane. “For me there’s no separation as an object as functional as a piece of art. People feel that energy in that object.”

While the pair’s works have become sought-after by private clients and galleries worldwide, their range of creative Imiso ceramics is most easily accessible at their gallery and studio in the Biscuit Mill precinct in Woodstock, Cape Town. Private guided tours of their workshop nearby are also available, on request and by appointment.

POTS OF TALENT TO SEEK OUT

1. Bukkenburg Pottery Studio in Swellendam is the creative home of artists David Schlapobersky and Felicity Potter. Their charming studio and gallery is open daily, with a self-catering cottage on site for overnight guests.

3. Wood-fired ceramics are the trademark of Millstone Pottery in the Breede River village of McGregor, where Paul de Jongh and Nina Shand create memorable works in porcelain, terracotta and salt-glazed stoneware.