With many shows cancelled or postponed, the international fashion community is rethinking how it will reach its audience 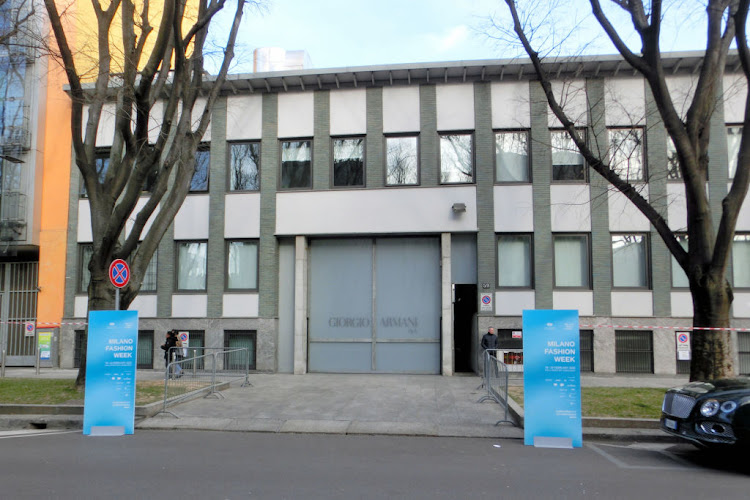 The Giorgio Armani fashion show was held behind close doors in fear of the Covid-19 during Milan Fashion Week 2020.
Image: Getty Images / The Asahi Shimbun

The Covid-19 pandemic has forced fashion councils and designers across the globe to rethink the way in which they do fashion. The luxury of being able to attend fashion week in its four major capitals (London, New York, Paris and Milan) is no more — and Covid restrictions have brought the industry to a halt.

This has challenged many of the decision makers to move shows online for a virtual experience.

Most recently, the British Fashion Council bravely announced it will continue with London Fashion Week Spring 2021. The collections will be shown over a period of three days from 12 to 14 June. According to an article by Insider, London Fashion Week will go virtual and designers are encouraged to showcase through different online mediums such as lookbooks, podcasts, or videos. London Fashion Week has showcased magnate design houses including Simone Rocha, Maison Margiela, Vivienne Westwood, and Burberry.

From surgical masks to hand sanitiser, big companies are stepping up to help
Fashion & Grooming
2 years ago

Shortening fashion week and going online are not the only measures taken by the British Fashion Council. London Fashion Week 2021 will also merge mens- and womenswear collections, creating genderfluid shows.

Paris’ luxury brand Saint Laurent has announced that it will not be taking to its usual spot in view of the Eiffel Tower next season for Paris Fashion Week as it is withdrawing from all shows for the remainder of 2020.

“Saint Laurent will take ownership of its calendar and launch its collections following a plan conceived with an up-to-date perspective, driven by creativity,” read a statement from the fashion house on Instagram.

This follows after Paris Fashion Week cancelled its menswear and haute couture shows, originally set to take place in June and July respectively.

While Giorgio Armani was one of the first major design houses to host a private show with no audience at Milan Fashion Week, Bottega Veneta and Celine have confirmed that none of their shows for the September season are scheduled to change dates.

San Francisco-based virtual reality company Youcan has stated that it has been getting a lot of interest from designers about immersive runway shows — and even pop-ups — this year.

The current state of fashion has sparked debate around the relevance of fashion week, with many brands and designers looking for more sustainable means of showcasing seasonal trends. It is no industry secret that the fashion industry has contributed immensely to pollution — and global environmental movement Extinction Rebellion has called for the cancellation of fashion shows altogether. It is also no secret that despite fashion’s controversial lineage, the industry was valued at $2.5-trillion in 2017, making it a huge contributor to economies overall.

On the local front, SA Fashion Week has also gone digital. CEO Lucilla Booyzen sees the misfortune as an opportunity to rethink how they can conduct their event. “It is important for designers to reinvent themselves and think about how they do not have to spend so much money, how to use more natural fabrics and how to be sustainable,” said Booyzen.

While a number of international and local designers have committed themselves to finding sustainable solutions, fashion critics have called for changes in the distribution channel of fashion brands too.

“Brands need to not be so vulnerable by becoming more independent and, in a sense, more truly global. You have one third of your manufacturing in one part of the world, one third in another, another third in another; some of it’s far, some of it’s close. Bring some manufacturing home instead   there is such great advantage to localising. But more than that, companies should take on the responsibility of looking after workers and making sure everything is sourced cleanly and leftovers are disposed of correctly,” says fashion author Dana Thomas.

While the fashion industry embraces a more digitally focused future, only time will tell whether this new “normal” will keep the industry booming. One thing is for sure: sustainability needs to be at the forefront of all designers’ approach.

Mad for the collab: Seven standout collaborations from luxury brands

Adidas, Prada, Gucci, they’re all mixing things up. Here are Wanted’s favourite fashion mashups from the past year
Fashion & Grooming
2 years ago

Changing the traditional interior makeover, these seasoned designers are expanding their services into the digital realm
Fashion & Grooming
2 years ago

Wave of success: Moncler teams up with local surf brand Mami Wata for their Genius range

The Cape Town brand is set to make waves internationally following the Mami Wata X Moncler announcement at Paris Fashion Week
Fashion & Grooming
2 years ago
Next Article
Commenting is subject to our house rules.
© Wanted 2022 - If you would like to reproduce this article please email us.