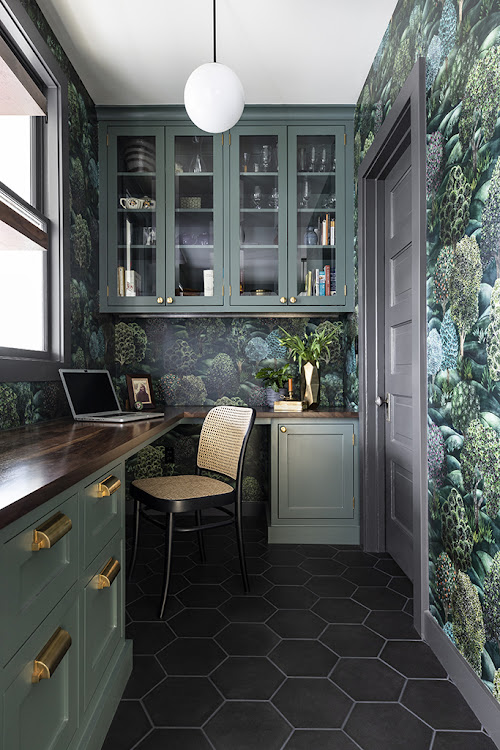 The workforce has moved to more domestic frontiers since the national lockdown began. So, why not upgrade your home office? We found six from all over the globe that you won’t be able to resist.

For a client’s home, Portland designer Donna DuFresne went dark and dramatic with an incredible Cole & Son wallpaper called Forest Greens backing this small work corner. It’s the combination of the intense greens and black hexagonal tiling with the warmth of a timber desktop and brass details that nails this scheme.

One of our absolute faves, this office was a DIY project by American interior designer, blogger and renovating enthusiast Danica Gadeken. It was once an uninspired (read, depressing) spare room, which she transformed (after converting it for just two weeks into a gorgeous bedroom) into a much-needed home office for herself and her husband Chris. Read about the full journey here. Our major crush is her hunter green wall panelling, which brings drama and character to crisp white walls.

Once the home of architect Sir John Soane, centuries-old Pitzhanger Manor in England might be worlds away from your typical home office scene but we can dream, can’t we. Now a national monument, this room which features stately symmetry, a handpainted, elaborate canopy-domed ceiling and rich, panelled walls, exudes glamour. The rug featured was created by British interior and furniture designer Tim Gosling for his collab with The Rug Company and was inspired by the designer’s love of French and English art deco. 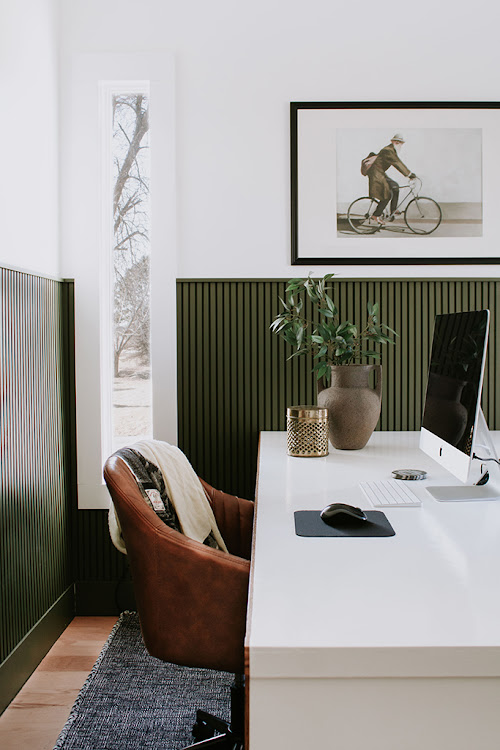 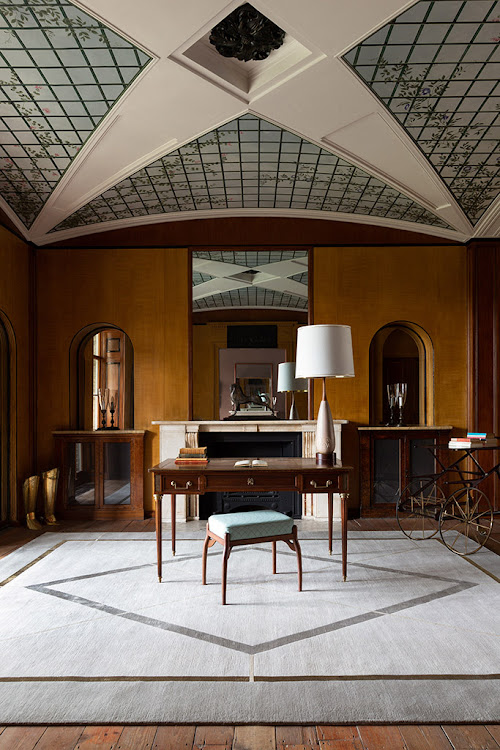 Local designer Liam Mooney’s home office is characteristically layered and filled with collected pieces. We love his picture wall, which extends almost to the floor with a mashup of styles, and the high levels of comfort in this space. His advice for creating an inspired home office is: “Surround yourself with all the things and books and artworks that inspire you - and make sure you rotate it all often.” 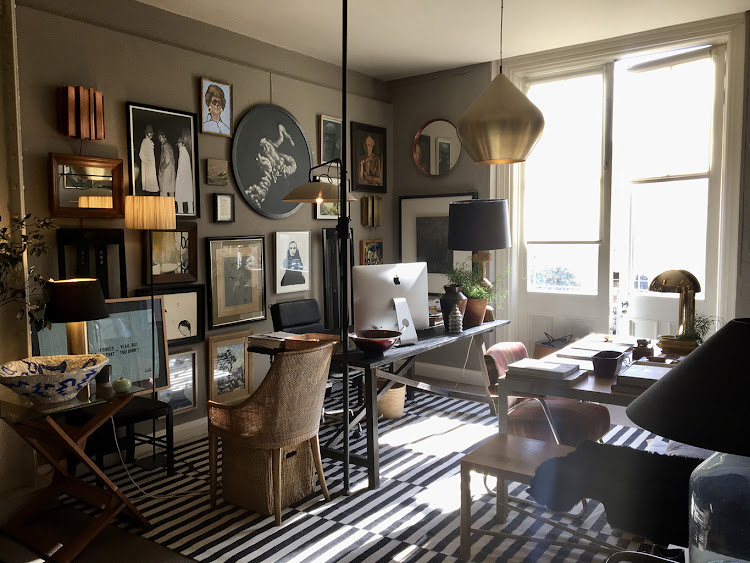 We love this small office corner in the home of the great Athena Calderone (the interior designer/stylist/author who made our top e-reads list). That view from the floor-to-ceiling Crittall windows makes it and the use of a floating desk allows light in from below as well as saving much-needed space. Called Bravado Graphite, the bold runner featured is from The Rug Company’s recent collab with Kelly Wearstler, cued by Wearstler’s graphic stair runner in her Georgian home.

Widely celebrated interior designer Marie Flanigan and her team created this timeless, elegant study for a client and there’s plenty we adore about it. First off, we have a penchant for arches and these ones, fitted with French doors, are magnificent, allowing light to flood in while beautifully framing the views. The bookcases deliberately echo the arches and are backed in the same timber as the ceilings. The rare height in this room is gives it a sense of volume second to none. 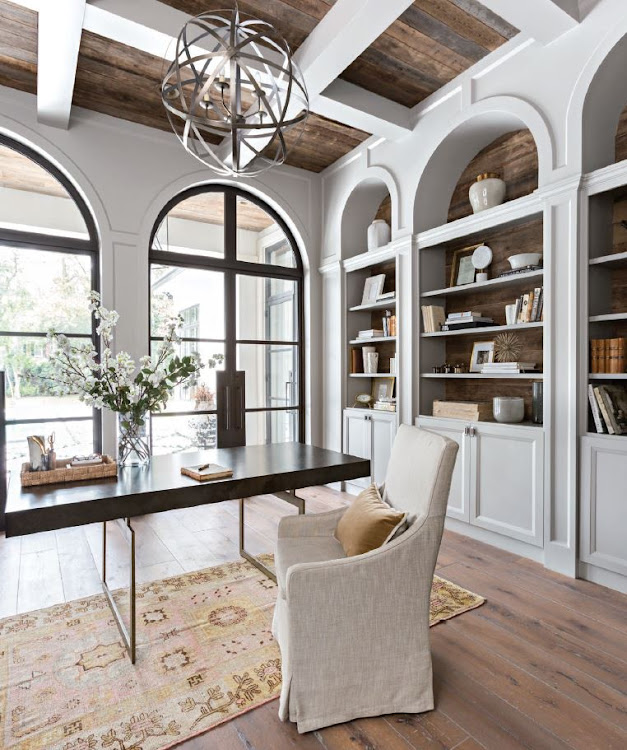 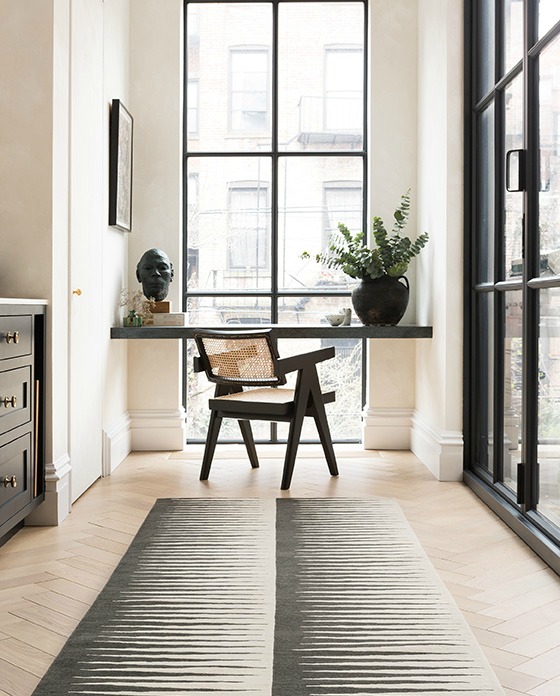 Changing the traditional interior makeover, these seasoned designers are expanding their services into the digital realm
Fashion & Grooming
2 years ago

Three reasons we love succulents, the essential indoor plant of the moment

You won’t have to go far to source this week’s luxe object of desire, it’s probably growing in your garden …
Fashion & Grooming
2 years ago

A design lover’s lockdown reading list… Our compilation of delectable reads all available as e-readers
Art & Design
2 years ago
Next Article
Commenting is subject to our house rules.
© Wanted 2022 - If you would like to reproduce this article please email us.