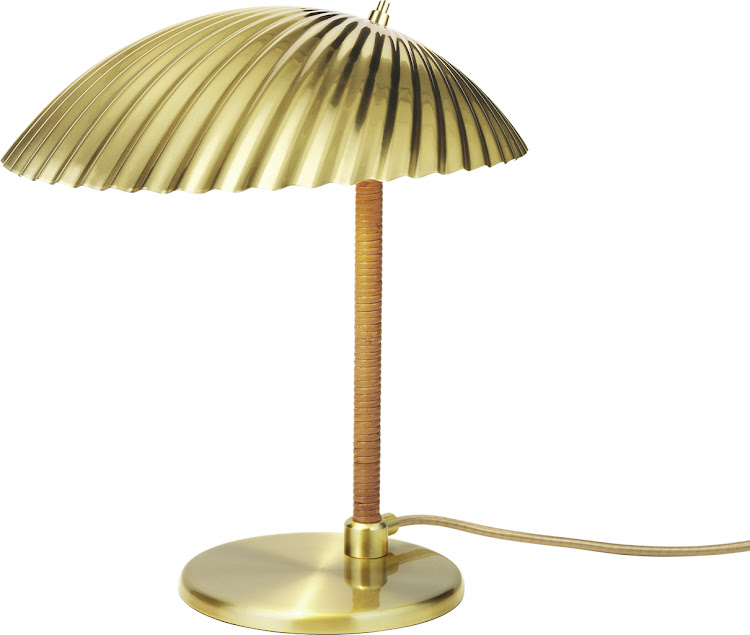 Designed in 1938 by the father of Finnish lighting Paavo Tynell, the 5321 Table Lamp remains a modern staple, thanks to its simplified aesthetic. The shade is a whimsical seashell made from brass, hence its nickname the Shell Lamp, and conceals a bulb which gives off a gentle pearly glow. The “stem” is finished with bound rattan.

There’s a recognisable thread that binds much of Tynell’s lighting collection - delicacy, natural themes and a love of brass. With roots in jewellery design, Tynell was celebrated for the intricacy of his work and even conceived and made wedding rings for friends and designer contemporaries Alvar and Aino Aalto.

We love that the 5321 lamp bridges the divide between traditionalism and modern functionality with its graceful, yet handsome, aesthetic.

Once manufactured by Taito Oy, the first industrial producer of lighting fixtures in Finland, it was recently re-released by Gubi, and is now available locally through Tonic Design and Crema.

Vox Table Lamp – the light that’s turning us on

Elegant and minimal, this lamp will show your home in the best light
Fashion & Grooming
2 years ago

Snap up these magic carpets before they’re gone

Water Lily lights up our lives

The delicate pendant fitting is wooing us with its deceptive materiality
Fashion & Grooming
3 years ago
Next Article
© Wanted 2021 - If you would like to reproduce this article please email us.

The eye of expression with Chanel’s new Eyes Collection