The art of design with Tristan du Plessis

South African designer Tristan du Plessis, SA Style Awards winner, is adept at integrating the local and the specific with the global and the futuristic 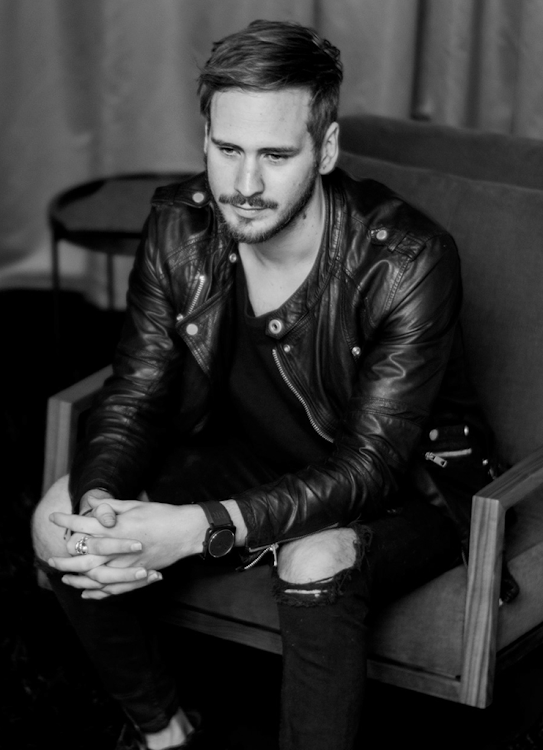 Africa at large, and South Africa in particular, is informing a global design aesthetic, inspired by the pace, the potential, and the cultural plurality of the continent. Tristan du Plessis is a Johannesburg-born designer whose projects span locations as disparate as Cape Town and Rome. His career began at property-development agency MKB in 2007, where he was eventually promoted to the role of design director. “It was there that I found my calling for design, and my love for architecture,” he says.

In 2015, du Plessis established Studio A, the boutique architecture and design firm responsible for the redesign of the flagship News Café space in Rosebank. The rejuvenated bistro — a hybrid of old-world sophistication and experimental garnishing — recently won Studio A the International Restaurant & Bar Design Award in the Middle East and Africa category.

Studio A’s reputation (and, by extension, du Plessis’) has been cemented by its role in the creation of Mesh Club, in the epicentre of Johannesburg’s Keyes Art Mile. “Mesh Club is definitely a firm favourite of mine,” du Plessis says. “We were able to work with amazing artists, craftsmen, and clients who were completely on board with pushing the boundaries of design.”

Du Plessis’ success as a designer is contingent on his ability to reconcile the practical imperatives of space-creation with an artistic approach that funnels musical, cultural, and visual influences into his designs. It’s easy to forget that, in addition to moulding the aesthetic character of spaces like Mesh, Studio A is responsible for “internal architectural requirements, such as the construction documentation, services layouts, and council plans,” enumerated by du Plessis. But he is adept at juggling the pragmatic facets of his job with the creative impetus that lends his work its finesse.

This young Joburg interior designer is setting the hospitality scene alight, both locally and abroad. Mila Crewe-Brown chats to him about his rise, ...
Fashion & Grooming
4 years ago

According to du Plessis, music is integral to his design process. “Contemporary art is also a large part of it,” he adds, “and my recent obsession is with street art. I try to infuse a mural by a great street artist into most of my interiors.”

Studio A specialises in hospitality design, and is busy applying its expertise to myriad projects across the globe, including a boutique design hotel in Rome and restaurants in Miami and Kansas City.

Simultaneously, du Plessis has a vested interest in contributing to the evolution of South Africa’s blossoming design culture. In addition to his international schemes, he is involved in the creation of boutique hotels, luxury private residences, and restaurants in Cape Town and his native Johannesburg.

“South Africa has so many unique cultures and aesthetics,” du Plessis says. “That really leaves its mark, and positively inspires my work. Being such a young city, Johannesburg in many ways is quite progressive in terms of design, which I found interesting when I started doing work abroad.” Du Plessis is inspired by the likes of Japanese designer Masamachi Katayama, British designer Tom Dixon, and Swiss designer Yves Behar; but he is also enthused by the work of South African trailblazers across disciplines, such as Michelin-starred chef Jan Hendrik van der Westhuizen, film director Neill Blomkamp, and music magnate Black Coffee.

It is on the back of this ability — to integrate the local and the specific with the global and the futuristic — that du Plessis is emerging as a South African designer with real potential for long-term global renown. At the same time, he cautions aspirant designers that the art of great design is, to an extent, about tempering one’s personality, especially in the realm of hospitality.

“I think one of the sins of design is to design for yourself, or for other designers,” du Plessis says. “The best you can do as a designer is to infuse new ideas into your client’s brief, and create the best experience for the intended patrons, rather than creating spaces solely as a platform to showcase your design skill.”

Saigon Suzy is an explosion of flavours in both food and décor – as well those must-do karaoke pods!
Food & Drink
4 years ago

Getting to know Kuni

Maverick designer Gregor Jenkin has been flying under the radar for some time. When wanted heard about his upcoming summer exhibition with Southern ...
Voices
4 years ago

This article originally appeared in the Edit.