Gearing up for riding is a pricey but pleasurable pursuit

Get the expertise when purchasing your motorcycle gear 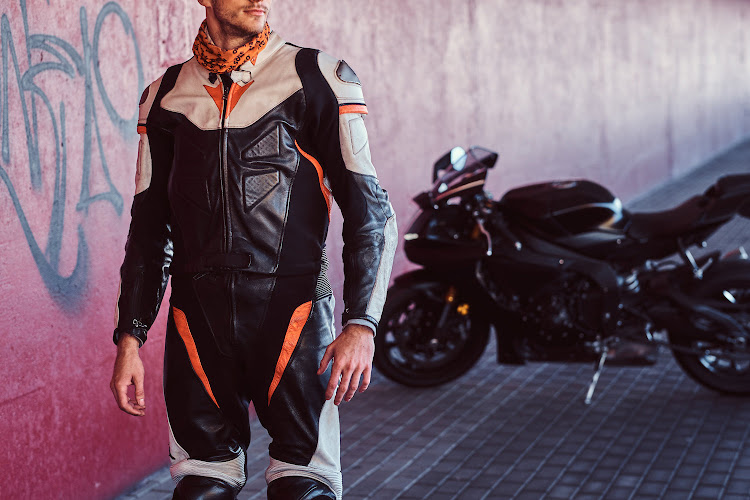 After learning how to ride a motorcycle first at the BMW Rider’s Academy at Zwartkops Raceway and then at the then Harley-Davidson Riding Academy near Hartbeespoort, I decided that, while I still did not have an actual motorcycle, I would go and purchase some of the gear, as an incentive to get the motorcycle. I walked into a motorcycle gear shop and was so overwhelmed by the options, I wanted to leave immediately. Obviously, the helmet is the most important item on the list, plus, it is mandatory according to SA law, to ride with a helmet.

The six helmet types available, namely full face, half face (three-quarter), modular (flip up), half shell helmet, off-road and dual sport, combined with multiple brands and colourways had me confused. I decided on a Shark modular helmet because of my spectacles and the price felt slightly less prohibitive than some of the others. In terms of jacket, I bought a Nexo textile riding one that has two liner: one, which look like a sports jacket that can be zipped in during winter, and a raincoat liner for wetter weather. I topped this off with a pair of gloves.

The gear hung in the wardrobe for just over a year, except for the four-month period when I rode a Vespa in full gear, before I got my own motorcycle, a BMW R1200R. I discovered that the jacket I had was more of a touring jacket, and, without the liner, felt more than an overcoat, which made riding my “naked bike” uncomfortable. I had to, eventually, get a shorter one and the original still hangs in the wardrobe close to seven years later.

Will e-motorcycles ever fully take over the market?

Living and commuting in a city like Johannesburg, you need the grunt and growl so that you don’t get sideswiped
Cars, boats & planes
5 months ago

The helmet, while slightly bulkier than a full face, held me in good stead although, increasingly, the wind noise inside the helmet increased as the hind to flip up the chin piece became older. I then learnt that helmets have a life span of three to five years when I accidentally bumped the chin of the helmet, while holding it, and it popped open. I immediately went out and bought a full face helmet. I would rather deal with the inconvenience of taking my glasses off to put on or take off the helmet.

Buying gear for yourself when you start riding can be intimidating. At a minimum, one needs a helmet, a jacket, gloves, jeans/pants and boots but the different types of motorcycles require different types of gear. Go off road with short road boots and a road helmet, like I did, and you will find that the dust gets in everywhere and it is hard to get rid of. Learning how to slide an MX bike on a skid pants wearing my worn-once-only Spidi textile touring pants and I ended up burning the inside of the pants around the calf area. 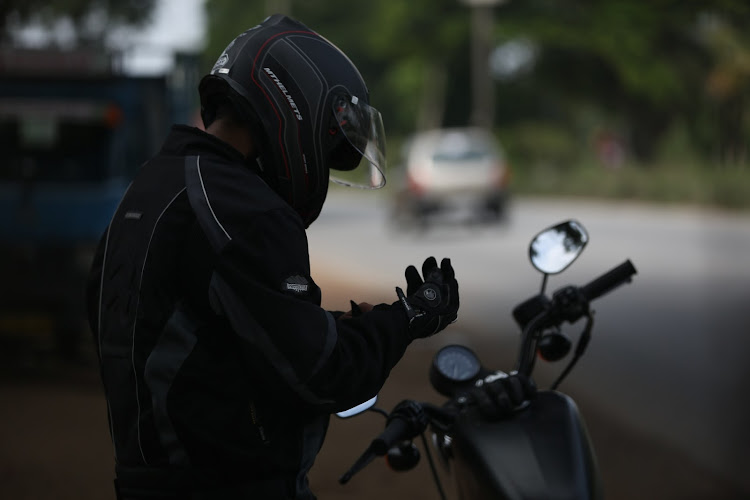 And, if we are going to be honest, riding gear is not the cheapest, which is why, generally, when you insure your motorcycle, there is a component for insuring of your gear. In addition, if you are as concerned about aesthetic as much as safety as I am, and, frankly, some of the gear out there, especially pants and jeans, leaves much to be desired when it comes to cut and style.

Which brings us back to why buying gear can be so overwhelming. There are a multitude of online stores both in SA and beyond, which gear that ticks all the boxes, including affordability, but what happens when what you see in the pictures doesn’t fit the same way. If I could make mistakes with my purchases when I was standing in the shop, because I didn’t understand what I needed, how much worse can it be when one purchases online? I still want the expertise of a salesperson who is not simply trying to sell but also educating because, for many of us, motorcycles became part of our lives late in the journey. It’s all about safety, yes; but also fit and style.

The R 18 B and the R 18 Transcontinental are designed to take Harley-Davidson head-on for the cruiser market
Cars, boats & planes
8 months ago

Moto Guzzi’s V85 TT, the epitome of simplicity and character, harks back to a time when riders had to work to enjoy a ride
Cars, boats & planes
10 months ago
Next Article
Commenting is subject to our house rules.
© Wanted 2022 - If you would like to reproduce this article please email us.