Sublime Porsche GT4 will have you drinking the Kool-Aid

There’s just one major problem: buying it. Although Porsche hasn’t limited production, this will be a low-volume car 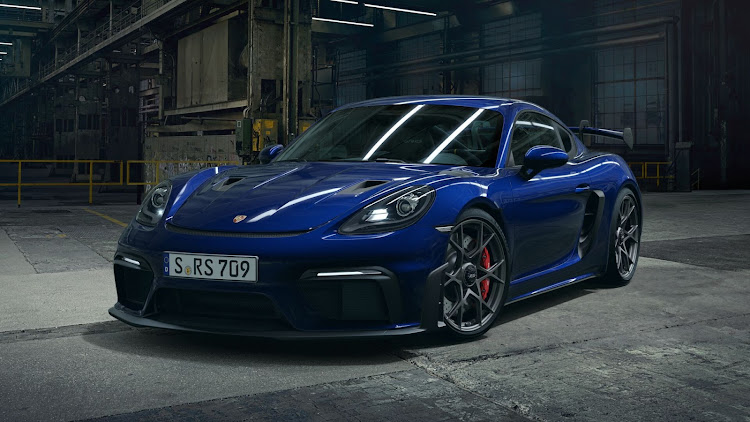 It’s rare to have someone who owns a whole car club tell me he’s jealous of the vehicle I’m driving.

Otto Car Club’s Eli Kogan has access to Paganis, Lamborghinis, Ferraris, and McLarens galore. But seeing me behind the wheel of a 2022 Porsche 718 Cayman GT4 RS made him green with envy, he told me.

The $141,700 street-legal track star with the unwieldy name has been hotly anticipated and much-demanded by the Porsche faithful since the 718 GT4 debuted in 2016. This line-topping RS (aka rennsport — “sport racing” in German) version adds such things as larger cast-iron front brakes, track-tuned shifting, standard full bucket seats, and a host of weight-saving elements that make it go faster than the GT4 around the Nuerburgring Nordschleife by 23.6 seconds. (Where advantage is counted in split seconds, that long a duration is a downright eternity.)

It also adds an optional but all-important front axle lift system for the first time in the 718 series, making it easier for the car to cope with rude things such as speed bumps, garage entrances, and ramps. It can be used at speeds of up to 60km/h and raises the ride height of the car by approximately 30mm at the front axle, boosting ground clearance at the front spoiler lip by about 40mm.

Is tech changing the definition of luxury?

While tech might be changing what we define as luxury, that hardly means an end to traditional aspects of motoring
Cars, boats & planes
4 months ago

After driving one recently for three days in Los Angeles, I was drinking the Kool-Aid. On track and off, the GT4 RS offers a smarter value and more extreme driving thrills than even racier 911 variants like the $161,000 GT3. After the 992 Turbo S that I called the Best Car of 2020, this is the other Porsche I want for myself. Even with extras added to the one I tested — things like $8,000 ceramic composite brakes and $360 yellow seat belts — the total came to $162,600, which in this rarefied air is value for the money.

There’s just one major problem: buying it. Although Porsche hasn’t limited production, this will be a low-volume car. And with substantial delays affecting all cars for the next few months, plus white-hot demand for this ultimate version of the 718 Cayman that will make dealership allocations disappear faster than Houdini, the main challenge will be how to get your hands on one. 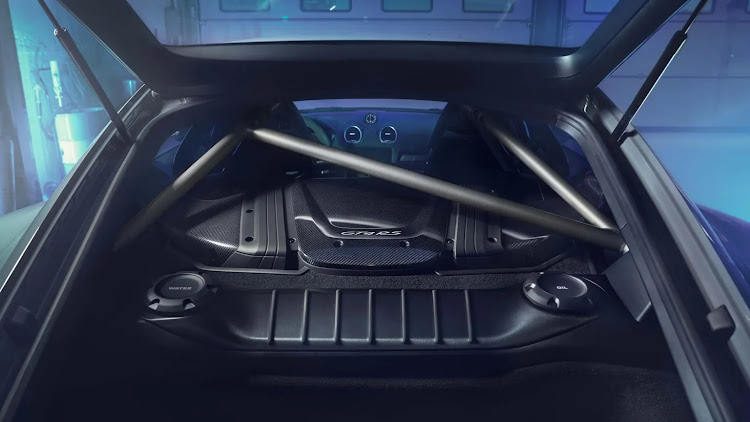 At first glance, the racing yellow GT4 RS I drove looked way overstyled. It was embarrassing how many wing-dings and gizmos were attached, as if someone in the design studio had thrown in the proverbial kitchen sink. The wheel arches on each front fender have vents with slats like a cheese grater; two NACA duct air intakes cut up the hood; and a fixed wing towers above the rear, with supports shaped like swan necks.

But far from just side effects of a bad cosmetic kit, those details actually help make this vehicle wickedly fast. (A more grown-up colour than yellow, such as Arctic Grey, would improve its street appeal. I’d also suggest that Porsche lose those yellow lines around the tire rims, but that’s another story.)

The slats, first used in the 991-generation GT3 RS but never on any model in the 718 range until now, reduce excess pressure on the wheel arch at high speeds, preventing lift. The ducts, developed by the NASA-precursor, National Advisory Committee for Aeronautics, improve brake cooling. The wing, derived from the Porsche Le Mans RSR race car, adds downforce in the car’s rear; it can be manually adjusted to three settings, none of them good enough to mean the thing doesn’t block my sightline whenever I look in the rear-view mirror. 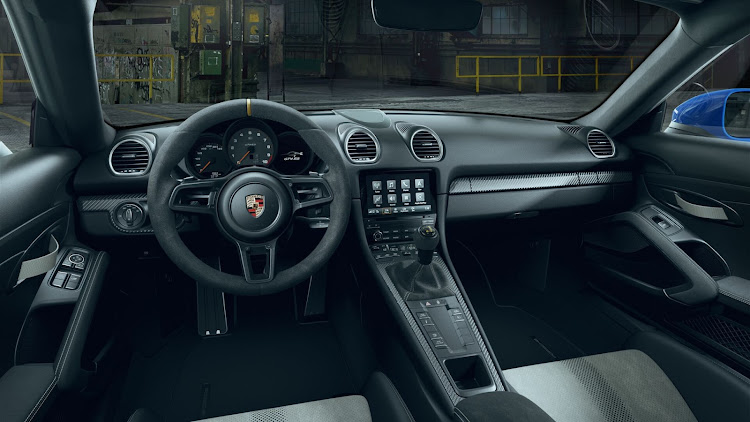 The latest version of the Italian brand’s iconic MC12 might not be as loud or as rare as its predecessor, but it sure is fun
Cars, boats & planes
6 months ago

When testing cars of this calibre, I use a two-lane, mountainous road that gains about 1,800m in elevation over about 30km of tarmac that twists like a coiled serpent. Against all those quick cars — call it my control group — this one was faster than vehicles twice its price and horsepower. Offerings from Ferrari and Lamborghini may hit triple digits only a couple of times over that very windy, hilly course, but this Porsche hit 160km/h-plus speeds repeatedly. I stopped counting after eight.

This means that the GT4 RS has extreme usable power, not some performance figure that exists on the track but that you’d never come close to reaching on curvy public roads. Its standard Michelin Pilot Sport Cup 2 N1 tires stuck to the mountain road with tenacity that remained fiercely unmoved over the little whippity-dip sections that usually send other cars hopping or jumping out as they momentarily lose traction. (You can also buy specialty tires that use a modified rubber compound and an optimised profile that makes them primarily suited to track use.) 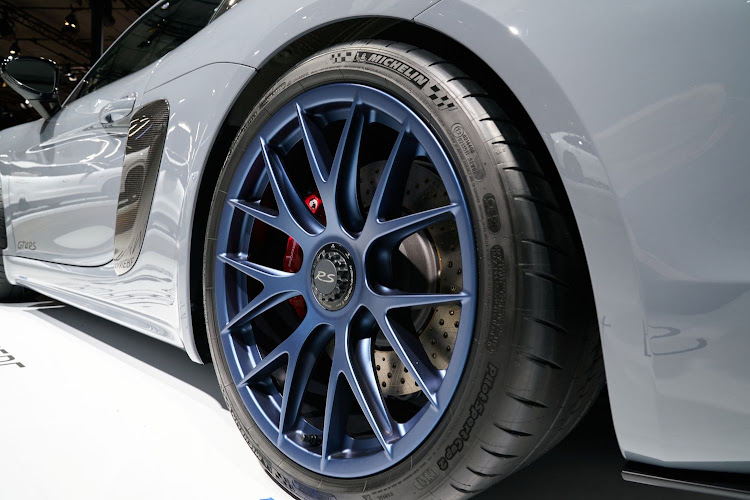 Short gearshifts on the standard seven-speed Porsche dual-clutch transmission sent me shooting down highway backstretches like a bullet. Paddles on the sporty steering wheel and a new manual selector lever in the centre console — it looks like a stick-shift but isn’t — allow shifting as well, if you want the inconvenience. The 718 Cayman GT4 RS does not come with an option for manual transmission. At this point, I don’t even care. It would only slow me down.

I’m pretty sure every bear and mountain lion in the canyons heard me coming. This thing barks constantly and loudly. Where a standard 911 Carrera hits 60 to 70 decibels cruising at highway speeds, this settled around 90 decibels. That’s louder than a freight train. I have to imagine it passed 100 decibels (think: bustling construction site) while I was really pushing it to speed. I wasn’t interested in losing focus by playing with my phone to check. 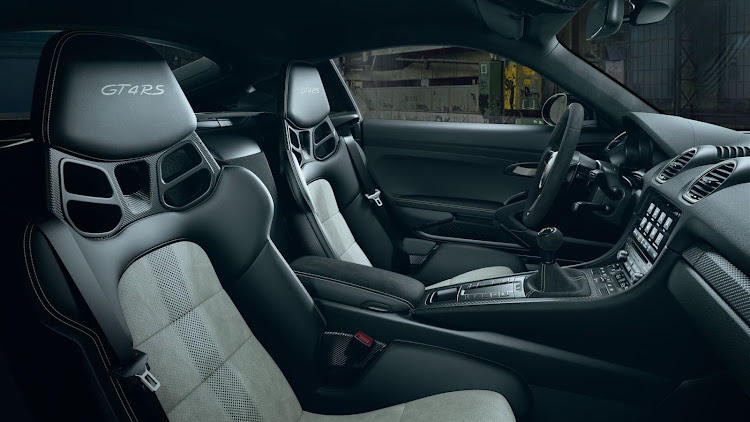 The sound is both cool and annoying: the 718 Cayman GT4 RS replaces the rear side windows with additional air intakes. The result is a particularly athletic look that has less visibility: completely blocked, in fact. A further result is that the intake noise of the engine is blasted into the cabin directly at ear height behind the driver’s and passenger’s seats. This melodious soundtrack, which varies depending on road conditions and engine speed, is aided by the stainless steel Sport Exhaust system, which shows off,  as Porsche puts it, “the distinctive tones of the car’s flat-six”, especially at high rpm.

You’ll either love the effect or hate it. I loved it for half a day, but it’s a feature best served in small doses. There is no shame in wearing ear protection when you drive this thing. The pros do it.

I think I’ve made my feelings about the car in general pretty clear. It’s sublime. With Porsche’s news that it will start making an all-electric 718 in 2025, this model comes as the perfect exclamation point to close an era. If it takes your left kidney to get one of those elusive allocations, do what you have to do. Deliveries in the US will start in mid-2022. 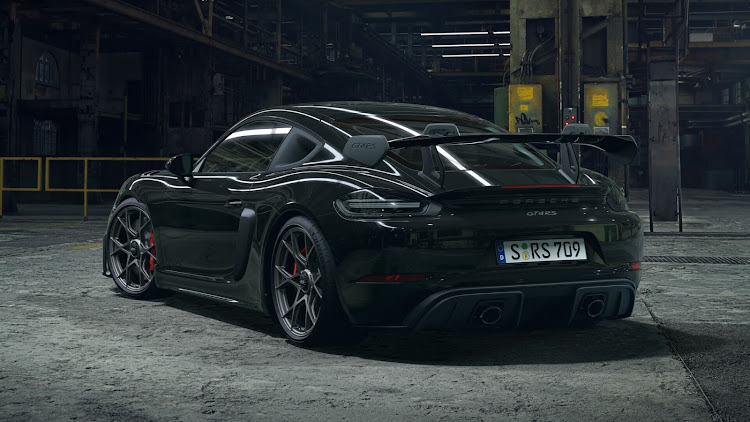 The car may have some questionable design cues, but it offers elegant, hyperquick drivability that will utterly charm those with the means to ...
Cars, boats & planes
4 months ago

Whoa, this is heavy: the newest entrant in the crowded EV market is an ageing pop icon
Cars, boats & planes
5 months ago
Next Article
Commenting is subject to our house rules.
© Wanted 2022 - If you would like to reproduce this article please email us.