Whoa, this is heavy: the newest entrant in the crowded EV market is an ageing pop icon 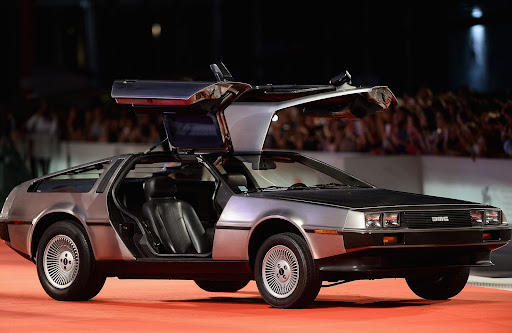 Teasers to a new DeLorean EV emerged with a social media campaign that kicked off before Super Bowl.
Image: Bloomberg

The newest entrant in the fight for EV market share is going back to the future with an all-electric DeLorean.

The infamous gull-winged car is being resurrected in Texas by a group of executives who most recently spent time at China-backed electric vehicle (EV) start-up Karma Automotive. They’re working with Stephen Wynne, who acquired the DeLorean branding rights in the 1990s and supplies parts for the 6,000 or so remaining vehicles.

Teasers to a new DeLorean EV emerged this week with a social media campaign that kicked off before Super Bowl LVI, inviting viewers to sign up for its premiere in 2022.

It’s not the first time the idea of a DeLorean redux has surfaced — web searches turn up stories every few years about how Wynne has tried to revive the brand or produce low-volume models — but using an electric powertrain is a new twist on the idea. The original car gained notoriety in the early 1980s both for its quality problems and for the legal woes of its creator, the late John DeLorean, before the Back to the Future film franchise turned it into a pop-culture icon.

Audi plugs into the electric age with the E-tron S Sportback
Cars, boats & planes
5 months ago

The new company is called DeLorean Motors Reimagined and its CEO is Joost de Vries, Texas business records and LinkedIn postings show. The firm will set up a headquarters and an engineering outfit in San Antonio, with potential to bring 450 jobs, the city’s development arm said in a statement. The company didn’t immediately respond to a request for comment.

De Vries spent six years as vice-president of sales at Karma, which has developed hybrid and electric vehicles in California based on intellectual property purchased from the 2013 bankruptcy of Fisker Automotive. The new company’s chief marketing officer and vice-president of engineering also come from Karma.

The new crew will have their work cut out for them, with DeLorean entering an increasingly crowded field of start-ups struggling to follow Tesla into the world of electric vehicles.

Bloomberg News. More stories like this are available on bloomberg.com

Do we need performance SUVs?
Cars, boats & planes
5 months ago

The Festival Automobile International looks beyond practical or performance aspects to highlight the passion for cars
Cars, boats & planes
6 months ago
Next Article
Commenting is subject to our house rules.
© Wanted 2022 - If you would like to reproduce this article please email us.