This Ninja is a nimble warrior on city and open roads 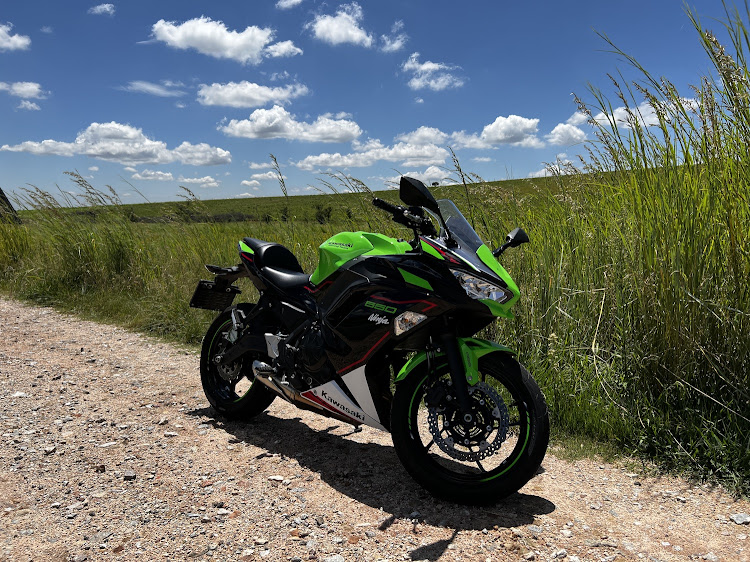 The first Kawasaki to carry the “Ninja” moniker was the Kawasaki GPZ900R, manufactured from 1984 to 2003. Since then, there have been more than 30 Ninjas on the market.

My first experience of a Ninja — I think it was the Ninja 1000 — was riding behind a friend on a quick breakfast run to Deneysville, Free State. All I remember was how uncomfortable he seemed on the bumpy back roads, moaning about how slow we were going on a motorcycle that looked more suited to the track and highways, not the byways.

As with most superbikes at the time, I found the motorcycle intimidating, and declined the opportunity to take it for a spin. There is a time and a place for a supersport and that wasn’t it, for me. The ninja as a murderously menacing and cunning being shrouded in mystery also always fascinated me and I suspect that menace subtly carried over to the motorcycle.

Undaunted by not being able to attend last year’s International Motorcycle and Accessories Exhibition in Milan, Kojo Baffoe offers a glimpse of ...
Cars, boats & planes
7 months ago

But, with the Kawasaki Ninja 650, there was no way I was going to pass up the opportunity to sample what is essentially a middleweight motorcycle that doesn’t feel like a rodeo bronco that you have to hang on to. We are increasingly looking for a motorcycle that is aligned with our day-to-day, both from a commuting and from a weekend run perspective. And this four-stroke, parallel twin, DOHC, liquid-cooled, eight-valve motorcycle with 649cc displacement is perfect for this.

The sitting position is more upright, which makes for a comfortable ride when navigating Joburg’s traffic, street sellers between lanes and potholes. Weighing 193kg, it is nimble, responsive and easy to ride. I had to rush to a meeting after picking it up and it transitioned from side roads to the highway and back with ease. The only thing was a vibration that come through the seat, at the base of my spine in first and second gear, but it wasn’t overwhelming. 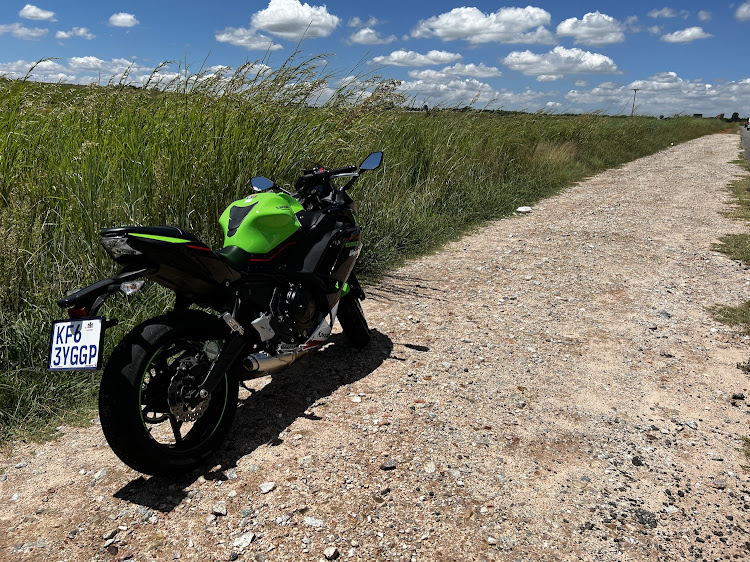 Going nowhere not so slowly, I headed out on a Sunday morning with the single-minded intention of simply enjoying the motorcycle. With maximum torque of 64Nm, there is enough to launch you at a decent speed without forcing you to simultaneously hang onto the handlebars. There’s much to be said about picking a direction to ride towards, without a particular destination in mind, and without a time frame. I headed towards Hartbeespoort, hit satellite road, through Magaliesburg and towards Derby.

The design and styling places it firmly in the Ninja family with its striking lime green, ebony and pearl blizzard white colours. It also comes in pearl robotic white and metallic carbon grey, which is what I lean towards, if I were to add one to my garage. It looks and feels sportier while reflecting the Ninja DNA with new LED headlights and a TFT colour display that isn’t too complicated to navigate. The buttons for the TFT are, however, on the dash itself as opposed to on the handlebars. But there is something to be said for simplicity. 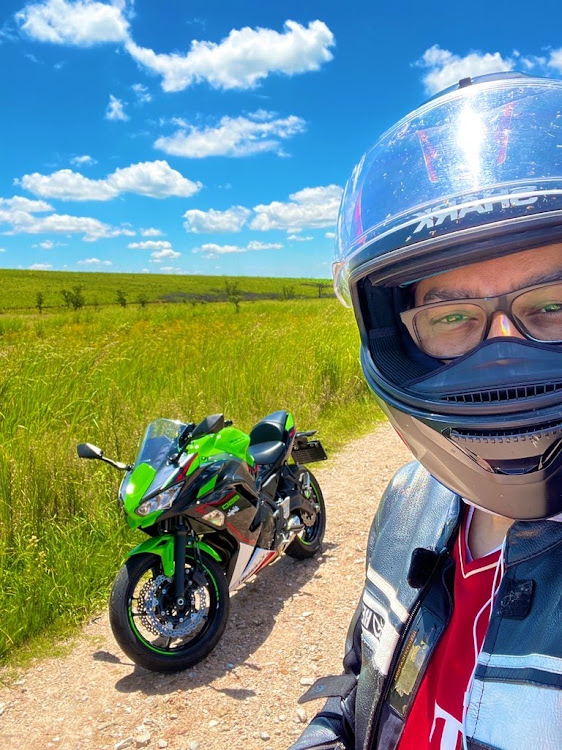 Sometimes one ends up spending more time trying to figure out the display than it takes to put on one’s riding gear and, when this happens, I give up. I am generally only really interested in speed and range, particularly when heading out for longer rides. Not knowing when the next petrol station is going to crop up, a simple thing such as range comes in handy. I had to do a U-turn back to Derby on my ride out precisely because of this.

The economical riding indicator, which shows up as an “eco” graphic, is especially useful in this regard. If the fuel efficiency is high for the speed that you are riding at, it shows up on the TFT. With this, you can monitor as you are riding on the open road and modify the way you ride in general. Between that and the 15l tank, I was able to put in the kilometres, heading all the way to Rustenburg before heading home through Hartbeespoort.

On the open road, it stays nimble and agile, yet planted on the road, making avoiding potholes a breeze while maintaining a consistent and steady speed, both on the straights and in the curves. The quick shifter worked especially well on the open road.

Between Derby and Rustenburg, parts of the road are decidedly bumpy, but the suspension, with a front telescopic fork and rear horizontal back-link swingarm ensured that my teeth didn’t rattle much, except for a few jarring moments that had more to do with quality of the road.

Four hours later, I pulled into the garage, content. The Kawasaki Ninja 650 both lives up to the Ninja name while being a great motorcycle for a modern rider who is looking for the best of both worlds — the city and the open road.

Moto Guzzi’s V85 TT, the epitome of simplicity and character, harks back to a time when riders had to work to enjoy a ride
Cars, boats & planes
10 months ago

Some motorcycle enthusiasts live for the camaraderie and friendships; others prefer the solitude of going it alone
Cars, boats & planes
11 months ago
Next Article
Commenting is subject to our house rules.
© Wanted 2022 - If you would like to reproduce this article please email us.