Inspired by the past, made for the future, this supercar has all the right moves 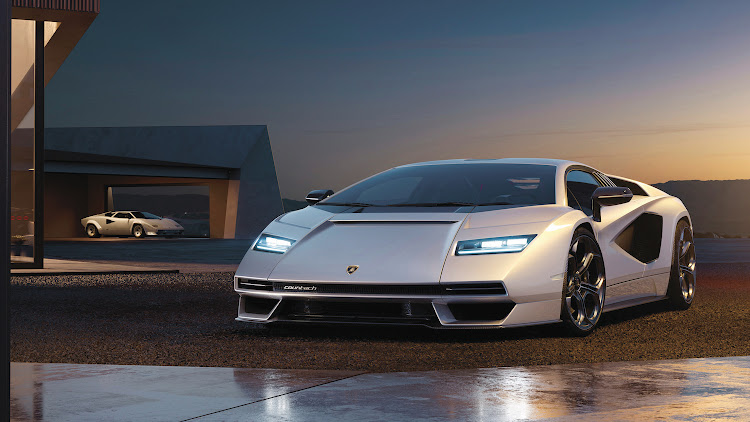 The original Lamborghini Countach still has all the visual drama it had at its unveiling at the 1971 Geneva Motor Show. The Italian supercar stunned the motoring world with its futuristic styling, and its name was well chosen: countach is an expression of astonishment in the Italian Piedmontese dialect.

The V12 mid-engined car was cramped and difficult to drive, and had almost no rear view through its letterbox-sized back windscreen. But that beautifully angular wedge shape and scissor doors, penned by Marcello Gandini, then head designer at automotive design house Gruppo Bertone, made it a cult classic. And now, 50 years later, Lamborghini’s poster child is making headlines again with a limited-series hybrid supercar.

With the tagline “Inspired by the past, made for the future,” the futuristic new Countach LPI 800-4 pays homage to its flamboyant predecessor. Only 112 units of the modern version will be made — and all have already been sold at around R38 million apiece.

The famed Italian sports-car brand's 296 GTB has both power and emotion
Cars, boats & planes
10 months ago

“It imagines how the iconic Countach of the ’70s and ’80s might have evolved into an elite super sports model of this decade,” said Stephan Winkelmann, president and CEO of Automobili Lamborghini, at the new car’s debut at The Quail, A Motorsports Gathering in Carmel, California in August. Even for a carmaker that routinely churns out beautiful sports cars, Gandini’s design stood out from that of Lamborghini’s other models, so reviving a name as famous as the Countach required something special.

All the original design tropes are present in the new LPI 800-4. The wedge shape, sharp angles, large NACA air intakes cut into the side, and scissor doors make it instantly recognizable. The rear longitudinal position of the V12 engine is also a nod to the original, as are the inverted wedge shape of the rear and the “hexagonita” design of the tail-light cluster. The modern car adopts the pure and uncluttered design of the first Countach LP 400 production version, minus the oversized rear wing and busy aerodynamics of later iterations. 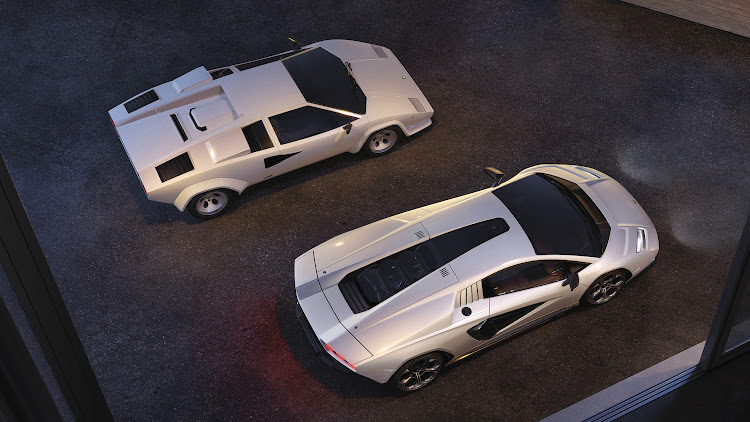 Front and rear view of the Countach LPI 800-4.
Image: Supplied

“The first Countach has been present in our Centro Stile [design centre] as a model for some years now,” says Lamborghini design head Mitja Borkert. “Whenever I look at it, it gives me goose bumps, and it serves as the perfect reminder for me and the entire design team to design every future Lamborghini in a visionary and futuristic way. This is an unnegotiable part of our DNA, the essence, if you will. “The first Countach shaped the Lamborghini design DNA like no other car; the new Countach translates that unconventional and edgy character into the future.” 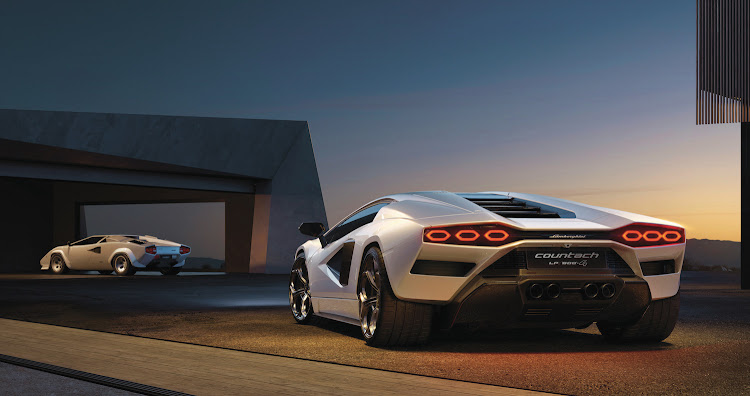 Based on the Sián (a similarly rare Lamborghini of which only 82 units are currently being built), the all-wheel-drive Countach LPI 800-4 hybrid pairs a normally aspirated 6.5-litre V12 engine with a 48v e-motor and supercapacitor for total outputs of 599kW and 755Nm. Lamborghini quotes a 0-100km/h of 2.8 seconds and a 355km/h top speed, comfortably exceeding the five-second sprint and 295km/h of its progenitor. A carbon-fibre body and electronically powered air vents bring the Countach into the modern age, as does its active suspension. The 20-inch front and 21-inch rear wheels are styled with the “telephone” theme of the ’80s, but they’re fitted with high-performance Pirelli P Zero tyres while stopping power comes from carbon-ceramic brake discs. 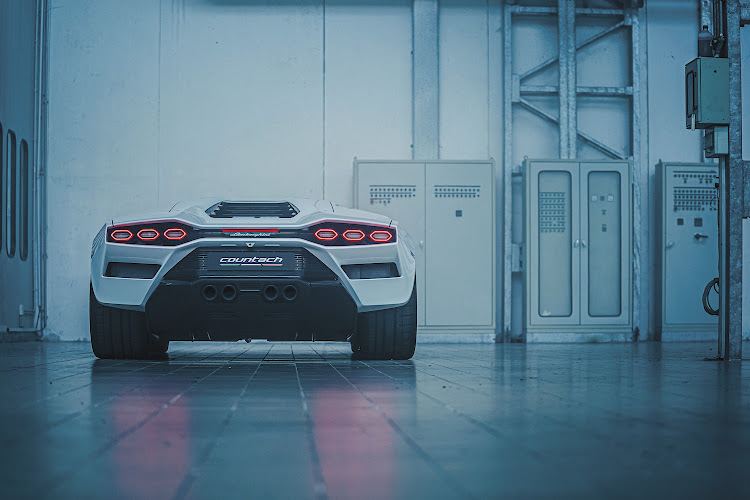 A photochromatic roof changes from solid to transparent at the push of a button and the digitised cabin is worlds away from the analogue cockpit of its forebear, although the square motif of the seat stitching references the original ’70s style. The touchscreen infotainment system includes a unique button entitled Stile (design) which, when pressed, explains the Countach design philosophy to its privileged audience.

The original Countach was produced until 1990 with 1 983 units sold, and was finally replaced by the Diablo. Today, a vintage Countach sells for between R7 million and R19 million, depending on condition.

With automobility moving inexorably towards e-hailing and non-ownership, the car as pleasure object seems an antiquated luxury
Cars, boats & planes
8 months ago

In general, British marques stand to gain the most value when related to James Bond
Cars, boats & planes
8 months ago