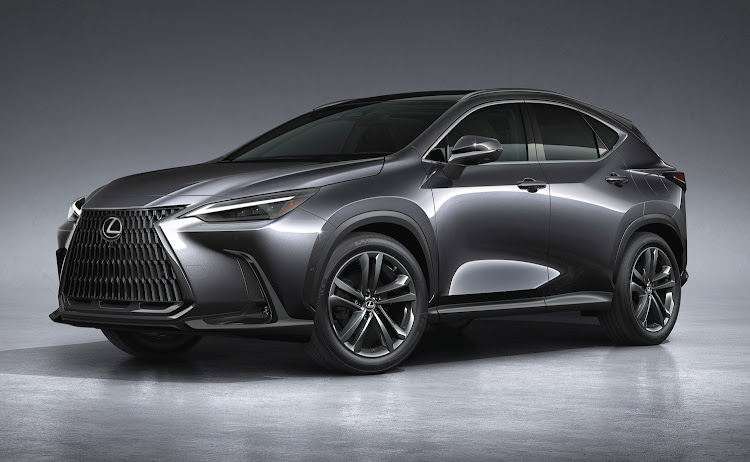 When Lexus first unveiled its spindle grille, it set heads turning — some of them hastily in the other direction. The flamboyant and controversial new nose was certainly not universally liked, but that was exactly the point for a brand that had until then penned car designs that resolutely failed to either offend or excite.

“From now on I don’t want to create nice designs, I want to create impressive designs, ones that remain in minds, with the spindle grille as a symbol heralding the change,” said Lexus president Tokuo Fukuichi at the preview of the premium midsize SUV in 2014. “Lexus has created cars that nobody really dislikes. They’re liked by everybody, but they’re not really loved. They don’t remain impressed in people’s hearts and minds, and that’s the main point I want to change, in part by giving new characteristics to the front face.”

The spindle grille has become the design language of all Lexus models and remains the focal point of the new, second-generation Lexus NX that was globally unveiled in June and is headed for South Africa early next year. This time Lexus hasn’t sought to shock us, and the second-generation SUV takes an evolutionary styling approach. The origami-inspired body angles have been slightly softened and the spindle grille has been deepened with a three-dimensional design. The “Nike slash” daytime running lights are now integrated into the headlights, and a new elongated light bar stretches across the tailgate into L-shaped lights.

Some motorcycle enthusiasts live for the camaraderie and friendships; others prefer the solitude of going it alone
Cars, boats & planes
8 months ago

The first-generation NX (which stands for “nimble crossover”) was launched in 2015 as Lexus’ entry-level crossover, a mantle that has subsequently been taken on by the smaller UX. As the brand’s second-smallest SUV the NX plays in the same premium midsize league as the BMW X3, Mercedes-Benz GLC, Volvo XC60, and Audi Q5. It has become a core model for Toyota’s luxury brand with the first-generation NX selling around 1-million units in more than 90 countries, and was the top-selling Lexus in South Africa last year.

Changes under the skin of the new car include new powertrains, updated technology, and a revamped interior. The car ditches the finicky infotainment interface that was controlled by a laptop-type touchpad next to the gearstick, opting instead for a conventional touchscreen system with a high-resolution screen. Other highlights of the revamped interior are a premium 10-speaker sound system, including a subwoofer, and 64 mood-lighting colours. 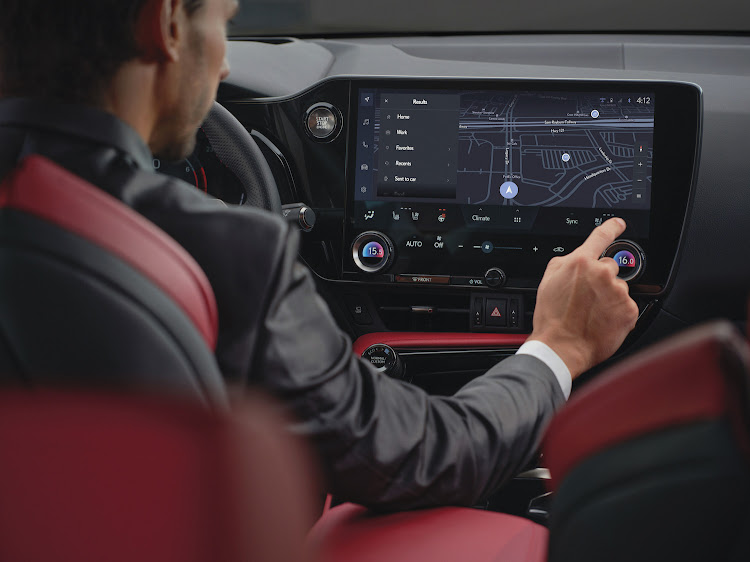 To ensure the quietness befitting a Lexus, sound insulation’s been improved to reduce wind noise. On the powertrain front, a new 2.4-litre turbocharged four-cylinder engine makes its debut, with outputs of 205kW and 430Nm — up from the 175kW and 350Nm of the current 2.0-litre petrol turbo. There is a 2.5-litre normally aspirated petrol engine too, as well as a choice of two hybrid models that pair the 2.5 engine with electric motors. 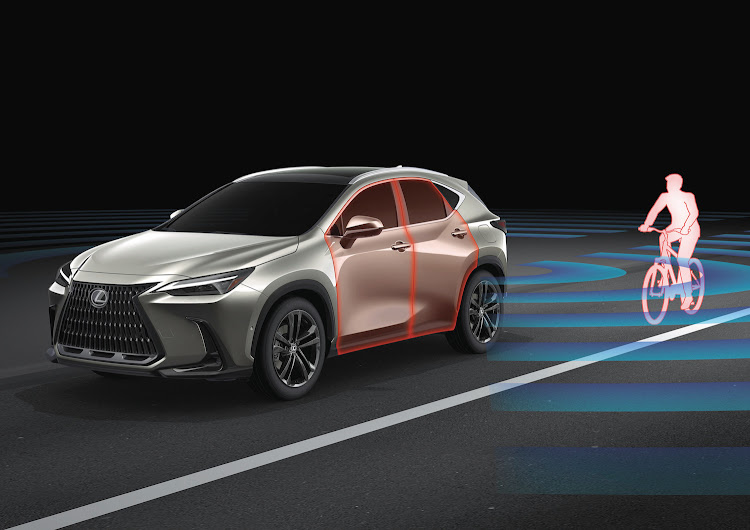 An e-latch system combines with a blind-spot monitor to prevent doors being opened when cyclists are approaching.
Image: Supplied

The NX350h is a regular hybrid that uses the petrol engine to recharge the electric motor, while the NX450h+ is a plug-in hybrid (PHEV) that can be charged at home. The PHEV and 2.4 turbo models have all-wheel drive while the 2.5-litre and hybrid variants offer a choice of AWD or front-wheel drive.

As part of an extensive suite of safety features, the new NX introduces an e-latch system that combines with a blind-spot monitor to prevent doors being opened when cars or cyclists are approaching from behind. The car also has an optional remote-parking function controlled by the digital key. 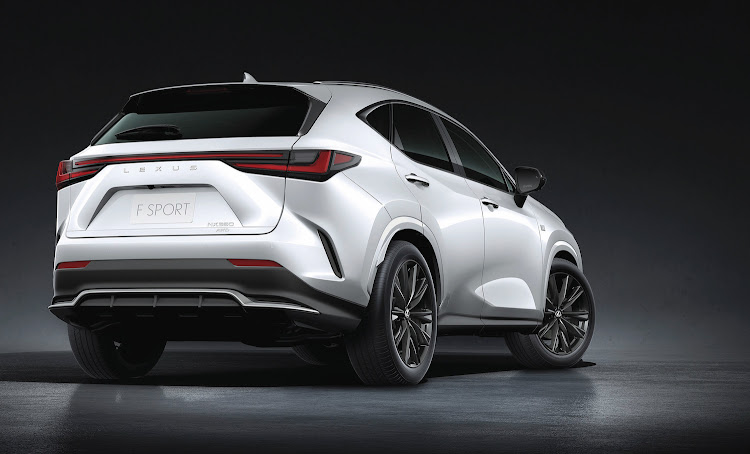 A lower centre of gravity improves the SUV’s driving dynamics, and the F Sport version has adaptive variable suspension for the best mix of ride comfort and handling. The F Sport also wears low-profile 20-inch wheels, which means off-roading is off the menu. All engine derivatives except for the PHEV are destined for South Africa, and the exact specifications and model grades will be announced at launch.

Commissioned by a Japanese billionaire, the vision was a 'land jet' that would bring the serene exclusivity of private air travel to the road
Cars, boats & planes
11 months ago

Daytona adds Koenigsegg to the automotive rarities in its Melrose Arch showroom in Jozi
Cars, boats & planes
1 year ago