This is where the world’s superyachts are floating about 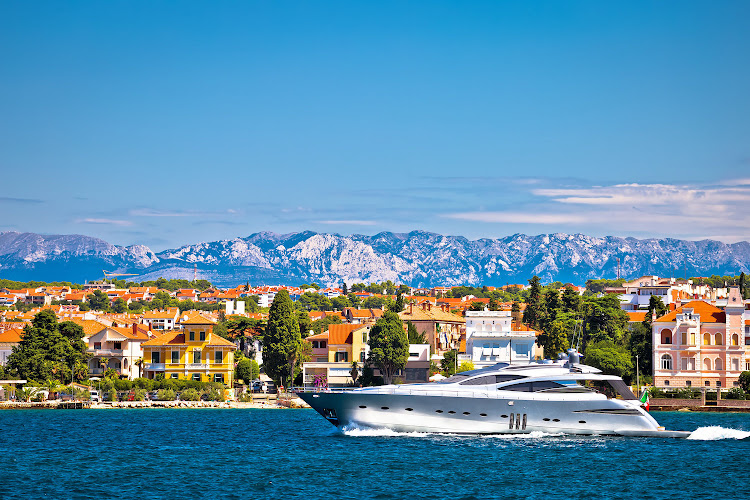 Speedboat yacht sailing in front of the Zadar waterfront with the Dalmatia archipelago of Croatia in the background.
Image: 123rf.com

The world’s rich are sailing the Mediterranean, enjoying a holiday haven on the sea to escape the crowds and the threat of Covid-19. Eager to jump-start the lagging tourist economy and compete with Greece and Spain, Italy tops the mega-yacht leader board for a second consecutive month in August.

There have been 228 super yachts pinging off Italy over the last several days, a 20-vessel jump from this time last year, according to tracking data compiled by Bloomberg. Following behind are the US, which dropped 43 yachts from last year, and Greece, which saw a gain of 60 vessels. Monetenegro, a surprise entrant to the leader board, came in 10th with 17 yachts. The Adriatic nation hopes to build its yacht presence as the wealthy look for alternatives in the area to favourites like Croatia.

Europe dominated the latest Bloomberg Resilience Ranking for best places to be during the pandemic, with a middle-ground strategy of widespread immunisation and reopening based on vaccination status.

Celebrities such as Kendall Jenner, Paris Hilton, Dwyane Wade and Gabrielle Union were seen basking in the sun aboard yachts anchored off the coast of Italy. The 511-foot Dilbar, reportedly owned by Alisher Usmanov, the 437-foot Al Mirqab, owned by Sheikh Hamad Bin Jassim Bin Jaber Al Thani, and the 355-foot Le Grand Bleu, owned by Eugene Shvidler, are among the largest yachts spotted in Italy.

Bloomberg News. For more stories like this, go to bloomberg.com

The yachting industry’s about to open again and, like businesses everywhere, it’s headed for uncharted waters
Cars, boats & planes
1 month ago

Explorer yachts are a popular choice for those wanting to seek out new adventures
Cars, boats & planes
5 months ago

The yachting industry is returning to normal and that means some great new designs inspired by the automotive world
Cars, boats & planes
2 months ago
Next Article
© Wanted 2021 - If you would like to reproduce this article please email us.