Bentley unveils its most dynamic car ever, the Continental GT Speed 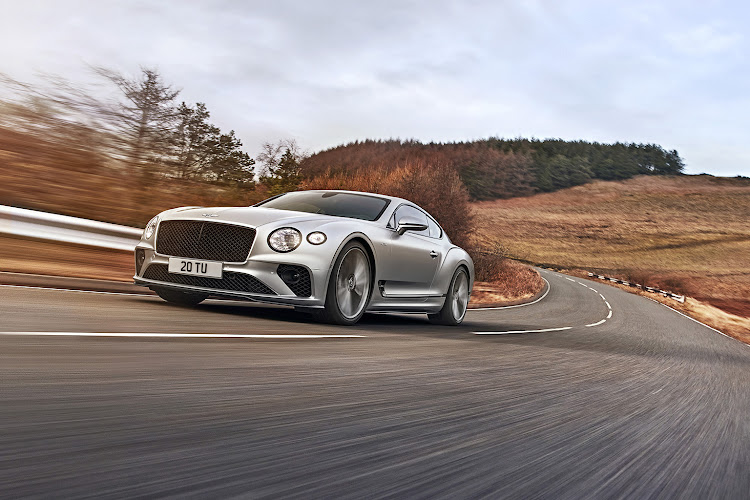 Bentley has introduced the third-generation Continental GT Speed, calling it the most dynamic road car in the British automaker’s 101-year history.

Building on a long tradition of Speed variants going back to the 3-Litre Speed models of the 1920s, it’s the most performance-focused version of the luxury Grand Tourer but without compromising on luxury.

Increased power and numerous chassis tweaks, including four-wheel steering, make this car the pinnacle of performance grand touring, says Dr Matthias Rabe, Member of the Board for Engineering at Bentley Motors.

An uprated version of Bentley’s 6.0l  W12 twin turbo petrol engine, delivering 485kW and an extraordinary 900Nm of torque, allows the large coupé to scorch the 0-100km/h sprint in just 3.6 seconds and reach a 335km/h top speed. A dual-clutch, eight-speed transmission shifts twice as fast in Sport mode as in the standard W12 model.

Bentley’s SUV is able to drive for up to 50km at a time with zero emissions
Cars, boats & planes
1 year ago

Chassis features that help the heavy two-door car hug the road include all-wheel steering. At lower speeds the rear wheels are steered in the opposite direction to the fronts for a quicker change of direction and nimbler feel. At high speeds, the rear wheels steer in the same direction as the front, to improve stability.

Active All-Wheel drive balances torque between the front and rear wheels, with a more rear-biased torque split in Sport Mode. Cornering grip is further enhanced by an electronic rear differential (eLSD) for the first time in a Bentley, while active air suspension with adaptive damping and Bentley Dynamic Ride anti-roll control system help to keep this large barge snapping at the heels of supercars in the bends. 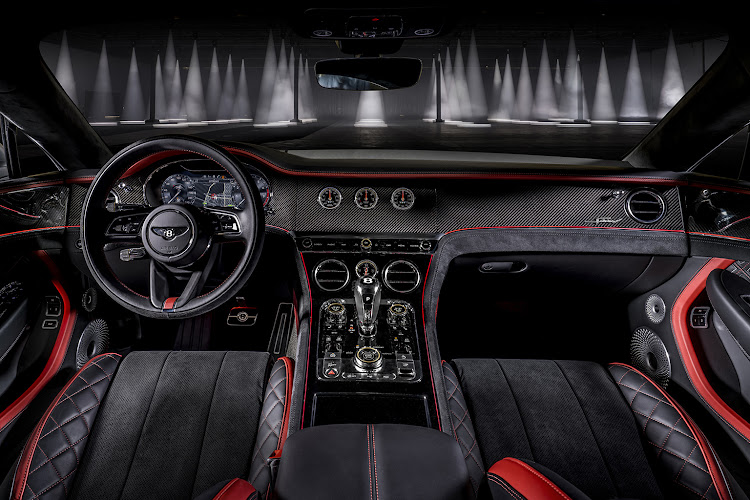 Drivers can choose between Comfort, Sport or Dynamic modes to match driving conditions, and in the latter settings the Electronic Stability Control intervenes later to correct any overzealous driving. The ESC can be switched off for drivers with big ba... (ahem) confidence.

Bentley’s Variable Displacement system shuts down half of the engine’s 12 cylinders under relaxed driving conditions to safe fuel. 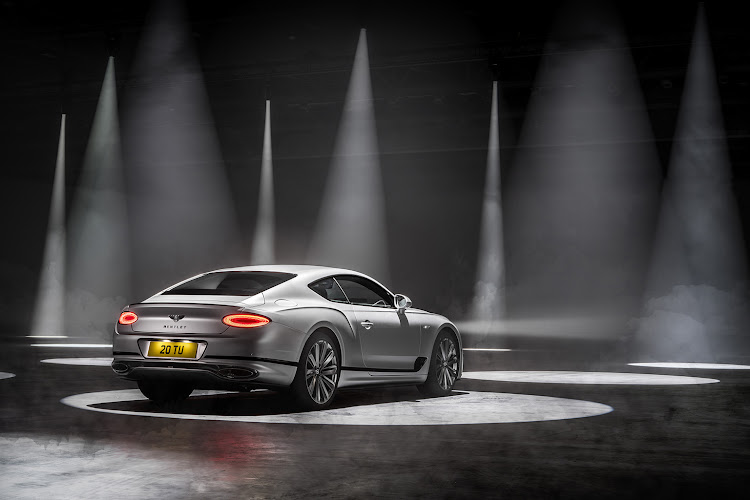 Visually displaying its role as the most potent Continental GT model, the Speed adopts a dark tint grille, more sculpted sports sills, illuminated treadplates, and unique 22-inch Speed wheels in bright silver — with the option of a dark tint or black gloss finish.

Inside, the handcrafted cabin features trim and badging unique to the Speed model, including duotone hide and Alcantara, carbon fibre and Speed embroidered headrests for the diamond quilted seats. The luxurious interior can be personalised with a choice of 15 main and 11 secondary leather colours, and the centre console can be finished in new dark tint aluminium.

The past, present and future come together in Land Rover’s latest models
Cars, boats & planes
1 year ago

The junior M has got the stuff to make it a future sports classic
Cars, boats & planes
1 year ago