Black detailing adds a sporting attitude that may polarise opinion, though 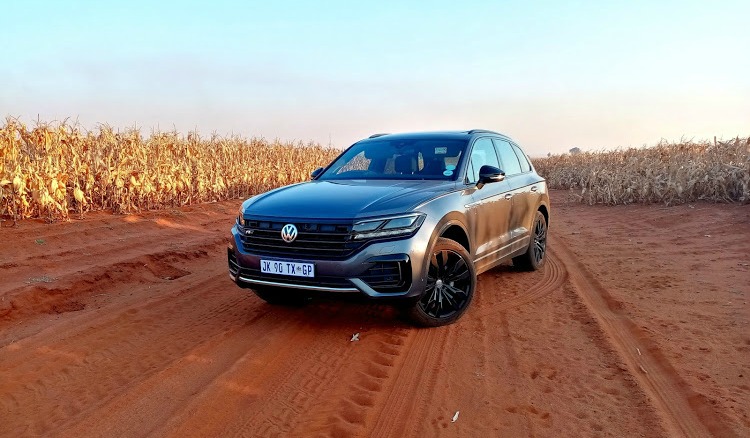 Touareg is a cushy, practical and brilliantly executed take of the SUV recipe.
Image: Phuti Mpyane

Despite a close under-skin relationship with the Audi Q7, Porsche Cayenne and the Lamborghini Urus, the Volkswagen Touareg continues to bask in the shadows of its more fancied cousins but it has distinct styling and it’s also pitched and priced as a premium alternative to the BMW X5, Mercedes-Benz GLE and Range Rover Sport.

The "Black Pack" gives this large SUV a sinister race-face that I didn’t like, and that's equally at odds with the fancy place that greets you when you climb aboard.

VW's classic kombi gets a cool, electric update for the 21st century

The Innovision cockpit dominates with class and a 38.1cm brilliant graphics main display. It’s one of the largest I’ve seen in the segment and it’s a deep labyrinth of touch-activated, tactile and mostly quick and intuitive infotainment features. Another 30.4cm digital screen houses the driver’s array of instrumentation.

Both are stacked with every conceivable high-end feature you’d want in a premium SUV, including optional head-up display and standard matrix headlamps. 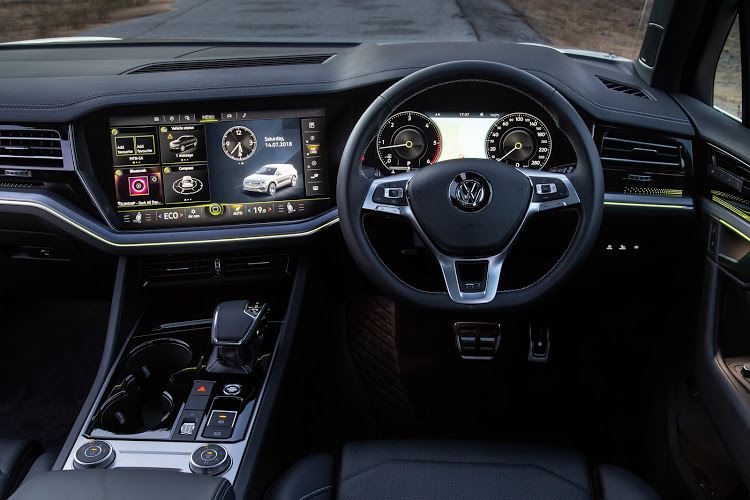 The inside of the Touareg is like piloting the Enterprise space ship thanks to massive screens that are angled towards the driver.
Image: Phuti Mpyane 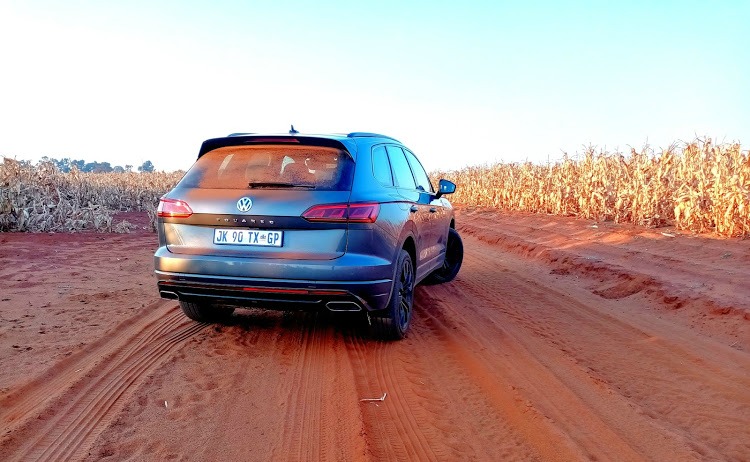 Massive cabin means boot storage that yields 810l with the seats propped up and up 1,800l when flattened.
Image: Phuti Mpyane

It's immediately obvious that Volkswagen has prioritised comfort and luxury over the belligerence of its exterior design and the 2,895mm wheelbase for four or five passengers has 810l of boot space that increases to a very usable 1,800l with the leather-clad rear seats folded. The interior is spacious and plush, and doesn’t feel low rent whatsoever when compared to its cousins with more premium badges.

The Touareg is one of the early adopters of adjustable air-suspension and the latest damping technology is at a supreme level. It seems good at dealing with bumps in its normal mode and when its softer comfort mode is selected it doesn’t heave about clumsily, and maintains a respectable level of sturdiness under enthusiastic cornering.

Thumb in sport and the suspension hunkers down for better grip levels which proved good rather than modest owing to standard fitment four wheel steering. The 3.0l V6 TDI with 190kW and 600Nm engine that’s mated to an eight-speed automatic transmission revs freely and has plenty of lowdown muscle when poked from its slumbers. Performance is acceptably brisk, and the 6.1 sec to 100km/h and 231km/h top speed are ballpark figures in the diesel six-cylinder powered large SUV segment it competes in.

The robust torque also bodes well for use of its integrated mountaineering equipment of a low-range gear and off-road height mode. A short bush drive revealed it’s also at home in the rough but the wide and large diameter alloys will limit your game tracking sport.

Ultimately the Touareg’s comfortable underpinnings make it happiest when cruising in a hushed and stately progress on normal roads. It devoured an average 10.5l/100km/h during the test period of mostly relaxed and sometimes hurried driving styles. It’s quite unlikely I would opt for the Batman suit bits though as the Touareg looks stunning in its regular frock.

New incarnation of the icon is smarter and smoother, but retains the famed offroad ability
Cars, boats & planes
2 years ago

The Audi Q5 is the core model of the brand’s SUV ranges, and has undergone a midlife facelift
Cars, boats & planes
2 years ago