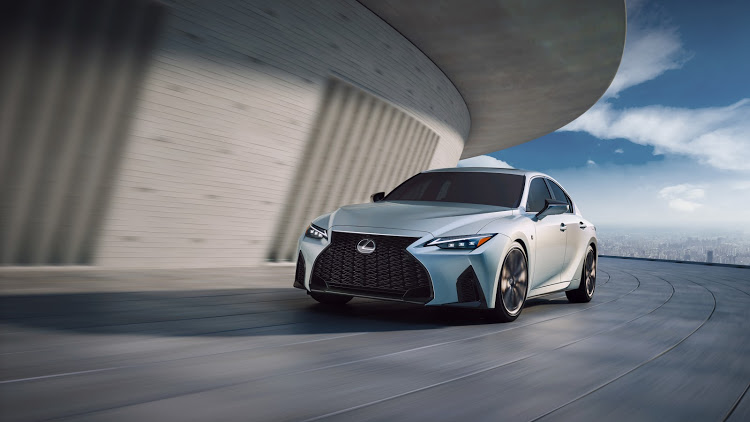 The new Lexus IS has sharpened looks and is available in rear- and all-wheel drive guises.
Image: Supplied / Business Day

In the compact executive sedan niche, Lexus has for the past 20 years offered a competitor in the form of the IS to challenge the likes of BMW’s 3 Series, Mercedes-Benz C-Class and Audi A4.

With the new-generation Lexus IS launched this week, the brand promises better manoeuvrability and riding comfort. At 4,705mm it is also 39mm longer than the car it replaces.

The luxe car brand takes to the seas with its first-ever LY 650 yacht
Cars, boats & planes
2 years ago

It’s an electronically controlled all-wheel drive system with a standard 30:70 front/rear power split. Lexus says if driving conditions call for it the split can be 50/50.

The IS 350 makes a return in RWD or AWD guise and is powered by a higher output 3.5l V6 that wields 231kW and 369Nm. Choose the RWD and you stoke the engine with an eight-speed Sport Direct Shift automatic transmission while the all-paw traction model uses a six-speed automatic. The IS 350 RWD does 5.6 seconds to 100km/h and IS 350 AWD scores 5.7 seconds to the same mark.

The company also launches an improved version of its Pre-Collision System in conjunction with the latest Lexus Safety System+ system. It now gives better detection of pedestrians in low-light conditions, whether cycling or crossing the street. There’s also Dynamic Radar Cruise Control and Lane Tracing Assist (LTA) that keeps the IS inside its lane through the use of AI technologies and cameras.

Furthermore, there’s also an automatic high beam function to assist with illumination during night-time driving. Inside the cabin there will be a new touchscreen multimedia system and other enhancements in luxury.

The new IS looks more menacing than its predecessor. The spindle grille is recognisably larger now and features a three-dimensional structure, with plastic mesh creating a sporty impression. 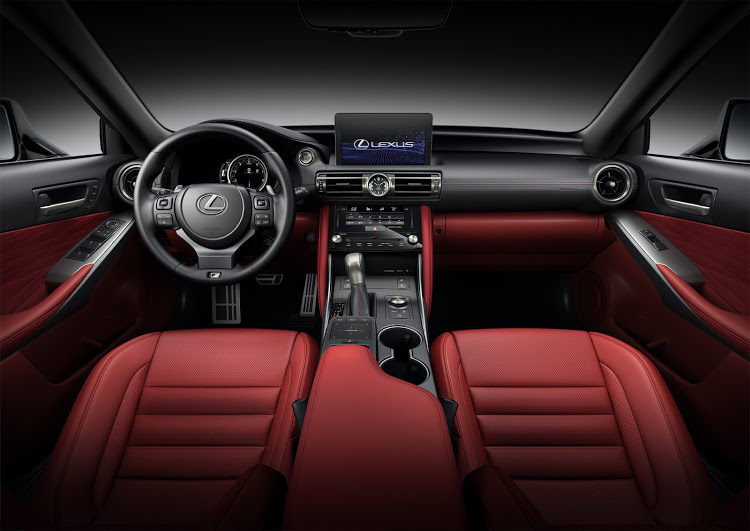 The F Sport version is differentiated through an exclusive and wilder “F” mesh grille pattern and a bottom air intake as well as a unique set of 19-inch alloy wheels. There’s also a rear spoiler and an exclusive radiant red interior for the F Sport.

The new Lexus IS will be available for sale in SA early in 2021 and the range will comprise three model derivatives which Lexus SA will announce at launch. They will arrive boasting a seven-year warranty and a maintenance plan as standard.