The new 2 Series Gran Coupe from BMW is spacious, stylish and sporty 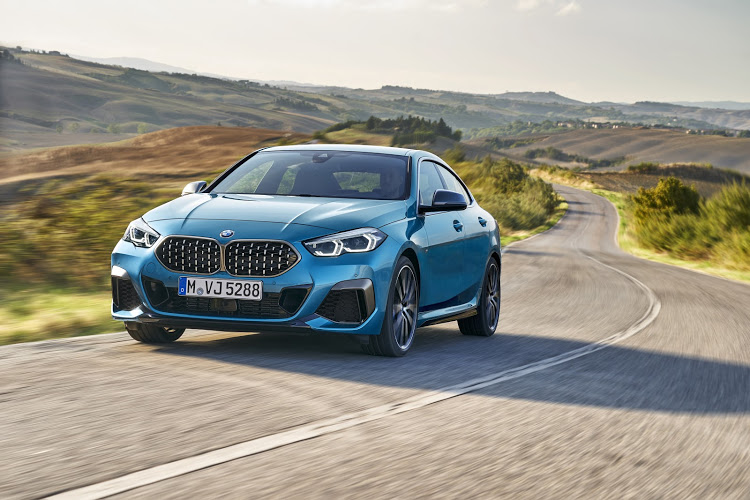 The flagship M235i xDrive has all-wheel drive, while the two other variants get front-wheel drive.
Image: Supplied / Business Day

Ever finding new niches, BMW has launched its four-door BMW 2 Series Gran Coupe in SA. With two extra passenger portals the car is a more practical version of the existing two-door 2 Series Coupe, but still retains sporty aesthetics with its swooping “fastback” roofline and wide stance.

BMW’s new compact model adopts the prominent large kidney grille of modern BMW vogue, and has four frameless side windows. Flanking the giant grille are LED headlights which come standard across the range.

Despite its sporty, low-slung appearance the 2 Series Gran Coupe measures a generous 4,526mm in length and rear seat passengers enjoy 33mm extra knee room than the two-door 2 Series Coupe, while the boot swallows a sizeable 430l of luggage (an extra 40l). This can be expanded further by folding down the split rear seat backrest.

New initiative is a continuation of the Concept 4 shown in 2019
Cars, boats & planes
1 year ago

BMW pitches the 2 Series Gran Coupe as the dynamic yardstick in its class, and the car shares its architecture with the recently-launched 1 Series.

The near-actuator wheel slip limitation (ARB) tech from the BMW i3 allows wheel slip to be controlled more sensitively and swiftly than before. ARB is assisted by the yaw moment distribution system BMW Performance Control, which improves handling agility by applying the brakes at the wheels on the inside of the bend, thus minimising understeer.

There are three derivatives on sale in SA, the front-wheel drive 218i and 220d, and the all-wheel drive M235i xDrive. The latter is identified as the top dog in the range by its three-dimensional mesh replacing the bars in the kidney grille.

The road-clawing abilities of the M235i xDrive range-topper, in addition to xDrive all-wheel drive, are heightened by a mechanical Torsen limited-slip differential, M Sport steering and M Sport brakes. 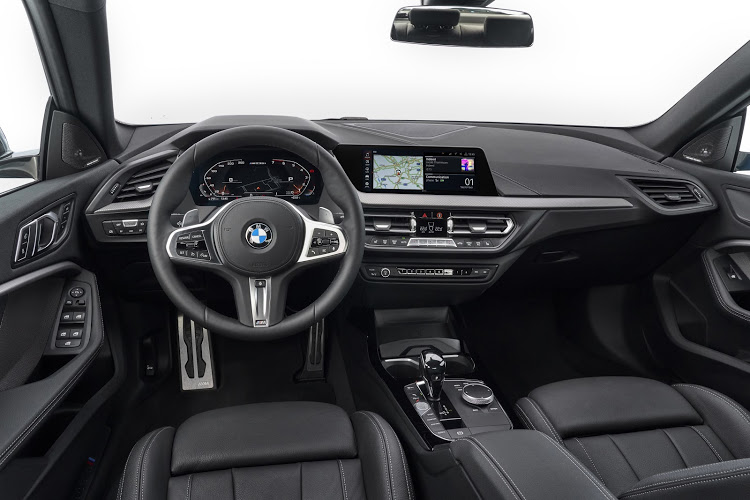 The eight-speed Steptronic Sport gearbox features a launch control mode and the 2.0l four-cylinder turbo engine packs a 225kW punch along with 450Nm of maximum torque. The M235i xDrive is credited with a 4.9 second 0-100km/h sprint and a governed 250km/h top speed.

The entry-level 218i gets a three-cylinder 1.5l petrol turbo engine with outputs of 103kW and 220Nm, sending power to the front wheels via a seven-speed dual clutch transmission.

The 220d is motivated by a 2.0l turbo diesel with 140kW and 400Nm, powering the front wheels via an eight-speed Steptronic transmission.

The car can be locked and unlocked from a smartphone if the optional BMW Digital Key is specified.

Saying “Hey/Hi/Hello BMW” awakens the BMW Intelligent Personal Assistant and access various vehicle functions simply by speaking. This digital character can learn your routines and habits, and can also provide casual conversation, throwing in the occasional joke or interesting story.

VW's classic kombi gets a cool, electric update for the 21st century

Markus Schäfer spoke to Mark Smyth about a rapidly changing industry — and the switch to electric vehicles
Cars, boats & planes
1 year ago

Based on the Rolls-Royce Dawn, the Silver Bullet Collection is an opulent two-seater reminiscent of 1920s roadsters
Cars, boats & planes
1 year ago