Eroica South Africa takes us back to the golden age of cycling, no helmets necessary

The vintage cycling event taps into the real soul of cycling, and is not for the faint-hearted 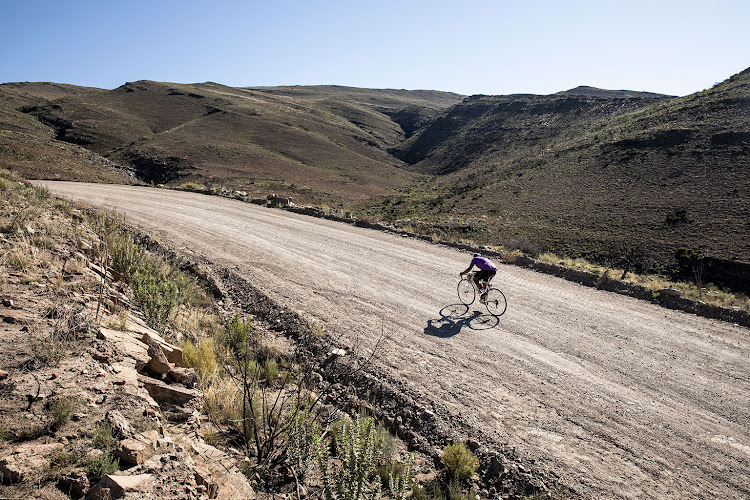 They really don’t like hearing this, but modern cyclists are a bunch of soft-arses. With said bottoms cossetted in irresponsibly tight lycra and perched upon overpriced, carbon-fibre road bikes, they flit about along the smooth asphalt, stopping only for small cups of single-origin arabica and selfies.

And they really hate it when you mention Fiorenzo Magni. In a storied career that included winning the Giro d’Italia and three victories at the Ronde van Vlaanderen, this wool-clad Italian hardman cemented his rep at the 1956 Giro when, on stage 12 through his native Tuscany, Fiorenzio crashed on a descent and broke his left collarbone. At this point Mr Rapha Pants would be taken sobbing to the closest ER , but not our Fiorenzo.

No. He hopped back on his bike and, with a length of inner tubing clenched between his teeth and affixed to his handle bar for a modicum of bike and pain control, he completed the stage. And lined up again the next day. And then fell again. This time breaking his left elbow. Time to quit? Phht. Mai! Why would you quit when you could do Stage 20 with its four mountain passes and an impending snowstorm? With most of the field abandoning the race during near-apocalyptic conditions, Fiorenzo hung in there, finishing third on the stage and ultimately second in the race.

Biking mad: Cycling has bewitched SA, are you one of the obsessed?

Wanted investigates the biking landscape before you hit the road or spend (more) bucks
Cars, boats & planes
2 years ago

Obviously Eroica is nothing like this. But in our heads, it is. There we are as participants, wearing our vintage woollen jerseys, grimly channelling our inner Fiorenzo, pedalling heavy, old-school bikes up impossible climbs.

L’Eroica, to give it the full Italian flavour, was founded by Giancarlo Brocci in 1997 when this collector of vintage bikes held something of a protest ride in Gaiole in Chianti, Tuscany. The local government was planning to tar the legendary strade bianche — the famous white gravel roads that hosted those early Giro d’Italia races — but Signore Brocci and 92 fellow enthusiasts had other plans. What started as a protest on the strade bianche has now turned into an annual event that attracts upwards of 5,000 riders to Gaiole. Not only did they manage to save the strade bianche, but these gravel stretches are now once more part of the Giro.

Eroica’s popularity has now spread well beyond Italian borders too: the Peak District is the venue for Eroica Britannia. Mount Fuji in Japan, La Rioja in Spain, Paso Robles in California, Limburg in the Netherlands, Eltville in Germany, and, of course, Montagu in the Western Cape all host Eroica events too.

The format is always the same. As opposed to all the modern lycra and carbon fibre, Eroica’s bicycles must be vintage-steel, road-racing machines built in or before 1987. Participants are encouraged to wear period clothing, which generally means wool jerseys and era-correct, lace-up leather shoes with toe-clip pedals. And no winner is declared. It’s about enjoying the journey, the region’s gastronomy, and the landscape. “Montagu,” says Signore Brocci, employing suitably demonstrative Italian hand gestures, “it is amazing. The landscape, the patrimony of dirt roads, and also to ride without traffic and cars for a long time is incredible!”

LOOK | Pic's from the road: 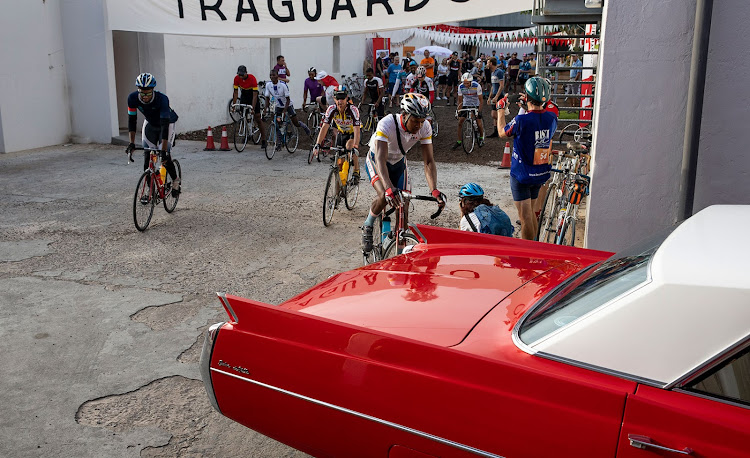 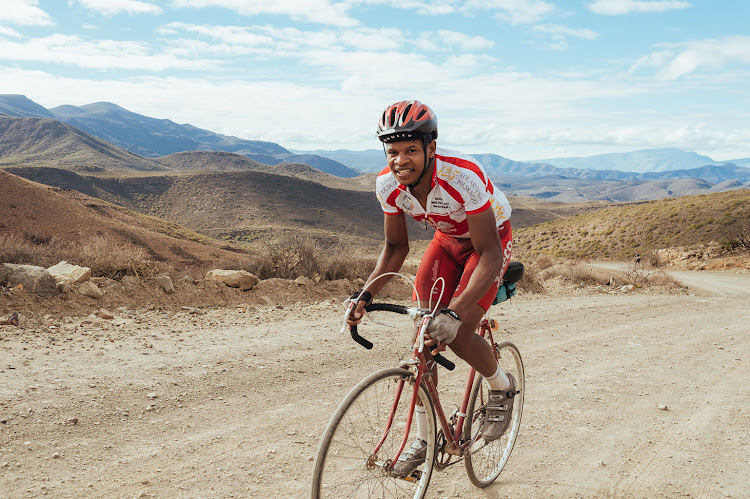 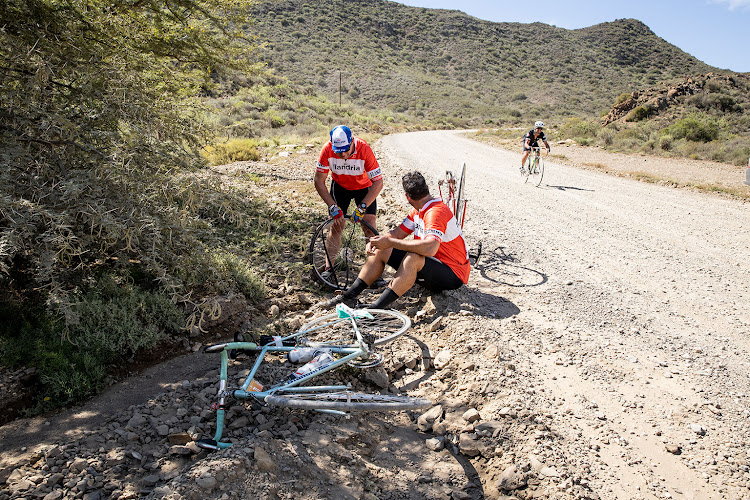 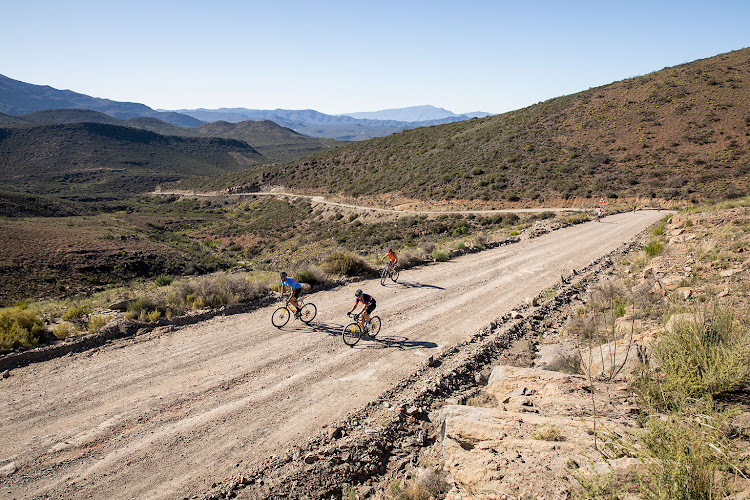 Acknowledging that the vintage cycling community in South Africa isn’t quite as big as it is abroad, the rules here are a little more relaxed. Pre-1999 is the cut-off for the SA event, and you will see some beautiful old bikes at a start line — populated by a chatty bunch of suitably attired individuals. Old bicycle brand names, as beautiful as their frames, roll off the tongue: the locally made Peugeots, LeJeunes, Alpinas, Du Toits, and Zinis; the celebrated Italian Bianchis, Olmo Giros, De Rosas, Tommasinis and Colnagos.

There’s something about a vintage, steel-frame road bike. The classic geometry — the horizontal top tube, quill stem, chrome detailing — just looks right. It’s a purity of design that makes modern bikes seem overly fussy and complicated; like those old-frame builders had distilled the essence of what a racing bike was all about and modern brands are just messing about with the formula on instructions from the marketing department.

The ride quality is different too. Yes, there is more flex in the frame and wheels, but you’ll be astounded by how much more comfortable they are. You learn to ride them in a different way. Too much side force isn’t what you want — throwing the bike from side to side with out-the-saddle power pedalling is not what they like. Keeping the bike upright and exerting force in a more straight-up-and down linear way gets the best result.

On the descents, the steel-frame bikes can be just as quick as their modern equivalents, though they do require more of a sure hand. Like old sports cars, they get grumpy when unsettled mid-corner. Brake early, commit to your line, turn in smoothly, and you’ll slingshot around any hairpin. It’s all about finesse and feel.

And you are going to need some of this to get through the event. While about a third of the route is on tar, much of Eroica South Africa is on some fairly rough gravel roads with a couple of properly sketchy descents made even sketchier by the fact that most participants don’t wear helmets. Given the rest of one’s vintage ensemble, a modern bike helmet just looks plain silly. Besides, Fiorenzo never wore a helmet, now did he?

That said, there is a Fiorenzo-lite option among the three route distances on offer: the 45km Kingna Route follows gravel farm roads along the pastoral Kingna river valley to the east, with a welcome stop at the Kingna Distillery. The 90km Kogman and 135km Keisie Routes (all named after local rivers), take in some challenging climbs — including the mighty Ouberg Pass. Described as “gruesome” on the Eroica South Africa website, the 135km gravel-surfaced knee-buster is best ground out slowly, given the brutal gear ratios on these old bikes and grip-challenging terrain the thin road tyres have to find purchase on.

Oh yes… it can get broilingly hot. Last year, the mercury nudged the mid-40s in some of the kloofs, with the sandstone mountain range absorbing the African sun and radiating energy like a giant bar heater. And for the record, don’t believe anyone who tells you wool breathes as well as fancy, modern fabrics. Put it this way, we saw no sheep out enjoying the sunshine.

So Eroica’s waterpoints save the day. There is actual water to drink if you insist, but you’ll also find some sweet muscadel wine and an array of snacks, including Tannie Poppie’s legendary roosterkoek.

Just for the record, let me come clean and admit that I am occasionally that Rapha-clad soft-arse, posting artfully filtered Instagram pics from some hipsterfied Cape coffee shop (@SteveSmithZA, if you want the proof), but at least once a year I’m Fiorenzo. Which is why I’m talking up all the hardcore elements of Eroica South Africa I can muster. It’s not all like that though.

Eroica can be easy and fun if you pootle around, especially on the 45km route, but I think that’s missing the point. Eroica taps into the real soul of cycling. It dismisses the willy-waving one-upmanship of modern cycling and its “My bike is newer, lighter, and more expensive than yours” nonsense and leaves these mirror-lensed poseurs to sip their over-priced lattes.

Instead, Eroica invites you to suffer a bit; to take on a tough route on a tough bike; to sweat profusely; smell like a very hot sheep; grit your teeth a bit; swear in Italian… and be Fiorenzo. You will love it.

Let me leave you with Signore Brocci’s poetic quote from the Eroica website: “We invite cyclists to rediscover the beauty of fatigue and the thrill of conquest. We look to the past of cycling to inspire the future of this beautiful sport.”

WHAT YOU NEED TO KNOW: 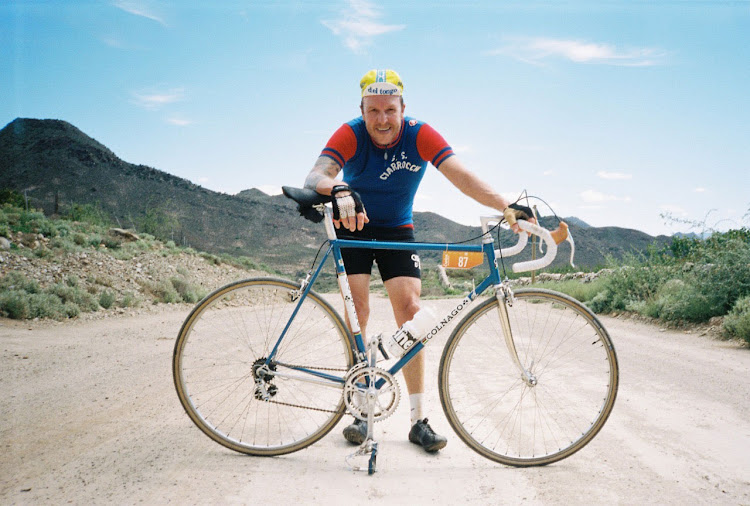 Four gadgets that will elevate your cycling into high gear

From a smart helmet to a trailer that transforms into a stroller (for your kids!), these are some pretty cool items to add to your kit
Cars, boats & planes
3 years ago

Paradise by the dashboard light

There’s another way to see the world. It’s fast, focused and all about freedom, explains Andrew Bonamour
Travel
3 years ago

In South Africa, there are tidal pools dotted along the False Bay coastline worth dipping into
Travel
2 years ago