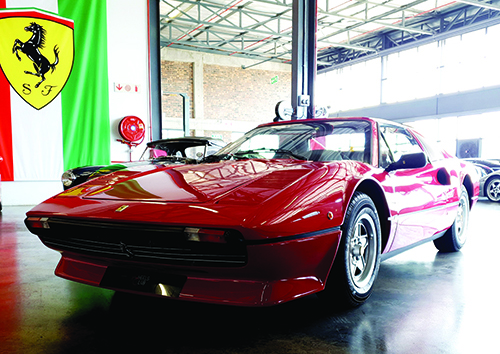 Stephan Welz, previously Sotheby’s, has announced a stellar line-up of classic and vintage cars which will form part of its upcoming November auction in Johannesburg.

The sale is expected to be one of the highlights of this year’s classic car calendar, featuring cars that have been in private collections for years and that are rarely seen for sale.

More than 40 lots of cars and automobilia will go under the hammer at the Killarney Country Club on Saturday, November 23 at 11am.

The highlights include everything from gems such as a veteran 1911 Fiat Phaeton in pristine condition; a 1913 Humber featuring a De Dion single-cylinder engine; several classic Rolls-Royces; an ultra-rare 1936 Derby Bentley  — also referred to as the "Silent Sports Car’"; a multiconcourse-winning Jaguar E-Type Roadster; a gorgeous Mercedes-Benz Pagoda SL and its W111 250SEb coupé sibling; and a red Ferrari 308 similar to the one Tom Selleck used to drive in Magnum PI; right through to more modern Bentley Continental GTs, one being a GTC.

Investing in assets of passion can be enjoyable and highly lucrative if you do your homework
Cars, boats & planes
2 years ago

The sale promises to attract enthusiasts, collectors and investors from across the spectrum with a treasure trove of rarities to suit a variety of tastes and budgets. There are some great classics on offer at the lower end of the pricing scale, including a beautifully restored Mercedes 220S Ponton, an equally enticing W108 Merc 280SE, one of the most original 1960s model VW "hippie" Kombi buses imaginable, and a nippy little MGB GT.

Also on offer will be a fine collection of automobilia, such as original enamel signs dating back as far as the 1920s and a unique children's pedal car from the 1950s, to name but a few. 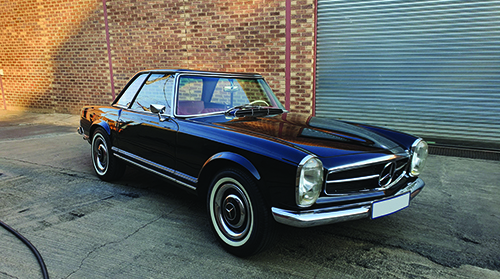 Interested parties are invited to register for the auction online at Stephan Welz & Co, telephonically on (011) 880-3125, or in person at the Killarney Country Club on the viewing day, November 22, or before the auction starts on the Saturday.

Many a designer has added their personal touch to a car over the years. However, many regard Andy Warhol's 1979 creation as the most famous of all
Cars, boats & planes
2 years ago

Luxury British sports car maker, Morgan Motor Company, has made preparations for producing electric vehicles in a bid to blend tradition with the ...
Cars, boats & planes
3 years ago