Soaring in the lap of luxury: Bentley's latest Flying Spur is as luxurious as it is athletic 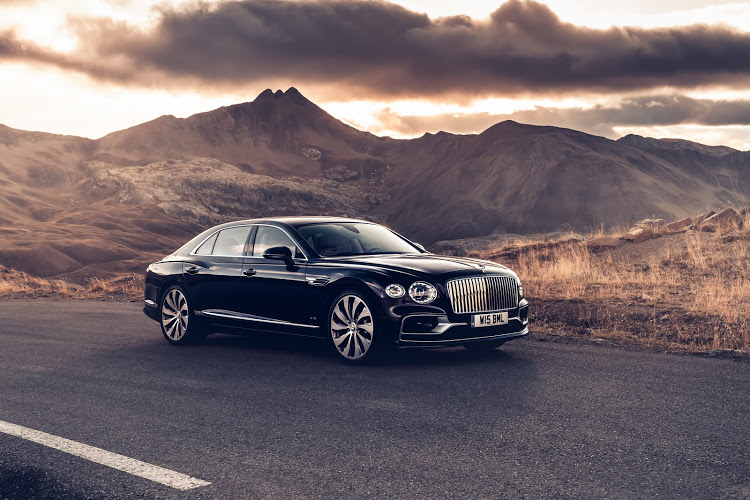 The latest version of the 6.0l, twin-turbo W12 that is capable of taking this more than 2-ton piece of engineering to 100km/h in just 3.8 seconds.
Image: Supplied

Bentley’s Flying Spur has always been more about luxury than trying to be as sporty as its Continental GT sibling.

The S1 Continental Flying Spur of 1957 was a grand tourer but it was designed and engineered to cruise effortlessly at speed, while its occupants remained comfortable at all times. It wasn’t so much about being pushed through corners.

However, corners are unavoidable around the principality of Monaco. Mountain roads twist and rise away from the playground of the rich and famous where on a Sunday afternoon the streets are full of everything from Fiat 500s to Porsches, Lamborghinis and Ferraris.

Walking down the hill from one of the most famous landmarks on the Formula 1 calendar, Casino Square, a pristine Ferrari 512 BB emerged from a discreet garage door. It’s worth mentioning, not just because it is always a great thing to see, but also because it was the 512 BB that inspired the head of interior design for the new Bentley Flying Spur to take up his craft 18 years ago.

The designer is Brett Boydell and he travelled with me as I got to know the latest model to come from the Continental GT line. Deliveries to customers will begin early in 2020 and owners will be in for something far more special than before, which is probably why Boydell says many have chosen to add one to their collection even if they already have a GT.

The reason for this is because while there is even more luxury, the Flying Spur is now also as athletic in its character as it is in the way it now looks.

A big part of its character is of course the engine, the latest version of the 6.0l, twin-turbo W12 that is capable of taking this more than 2-ton piece of engineering to 100km/h in just 3.8 seconds and on to a top speed of 333km/h. Bentley says it’s 15% more efficient than the last version too, though it’s still a stonking great W12 so it’s all a bit relative.

There are various driving modes to make the most of the all-wheel-drive system and up to 83% of the torque can be shifted to the rear wheels in Sport mode. It even has a launch mode, which according to the press blurb is perfect for when “a race start is required by the driver”. We’re not convinced you will be seeing Flying Spurs hurtling off the line at Kyalami, but you never know.

The new GT platform has allowed an additional 130mm in the wheelbase, moving the front axle forward and giving the car a more dynamic look, which also translates into the way it handles. That is enhanced by the inclusion of all-wheel steering for the first time on a Bentley. The rear wheels can turn up to 3° to provide more agile cornering and an impressive turning circle.

All of this translates into a car that handled surprisingly well in the hills along the French Riviera. It’s still a big car, but it was impressive in its ability to dispense with corners with as little or as much fuss as the driver demands.

But this is a Flying Spur, so it’s not all about the driver, who by the way also gets to use the same Bentley Rotating Display that is such a great design feature of the GT. Those in the rear seat who want to be driven in styles now get up to 1,089mm of legroom. We travelled from Nice airport to the Hotel de Paris in the back and it was all very nice indeed. Settled in reclining seats made with sumptuous hand-stitched leather, privacy screens all in place and a video playing on the screen behind the seat in front, it was all wealthy Riviera lifestyle. 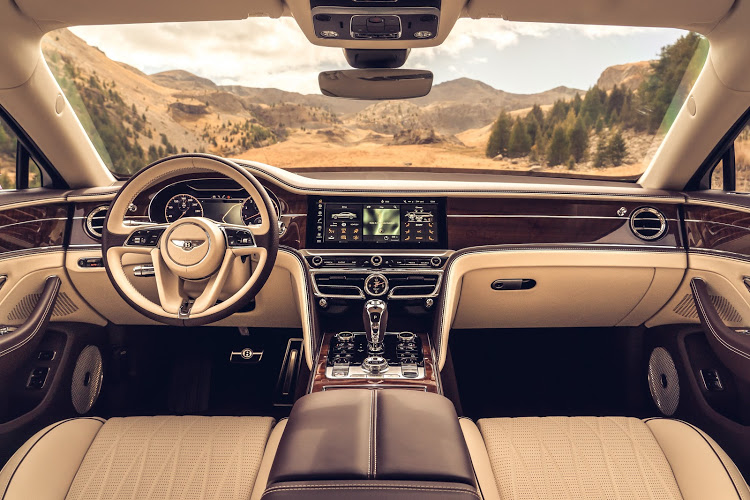 There is of course lots of tradition and craftsmanship in the Flying Spur, but also technology too.
Image: Supplied

There is of course lots of tradition and craftsmanship in the Flying Spur, but also technology too. BMW might have a removable tablet in the back of the 7 Series, but the Bentley has a removable touchscreen remote. You can do all the usual things such as navigation, stream your favourite music through the optional 2,200W Naim audio system, or change the ambient lighting colour. But there’s a new trick for the Flying Spur too. That trick is the ability to make the new “Flying B” mascot appear from or disappear into, the grille at the touch of a button. I’m sure the novelty will wear off after a while.

That mascot can be illuminated too and it can also be in all black if you go for the Blackline package with its black trim elements and wheels. There are other packages as well, including the Mulliner Driving Specification. 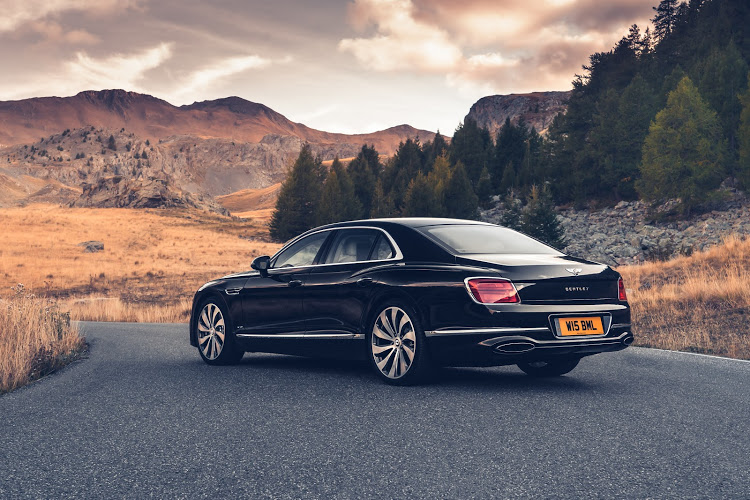 There are various driving modes to make the most of the all-wheel drive system and up to 83% of the torque can be shifted to the rear wheels in Sport mode. It even has a launch mode.
Image: Supplied

It’s all very Flying Spur, but at the same time even more Bentley. Yes, Bentley has always made luxurious limousines, but the new Flying Spur is as good at being a driver’s car as it is being something to be seen getting out of at a glitzy Monte Carlo, or Sandton event.

It felt that way as tourists took pictures when we pulled up outside the famous hotel. Unfortunately for them, they will return home to find their phones full of pictures of journalists rather than celebs. But they’ll undoubtedly appreciate the Bentley just as much as we did.

The Flying Spur will be available in SA from the second quarter of 2020.

The EXP 100 GT: Bentley's electric car of the future

Luxury gets a dose of AI and electric power in the Bentley GT of the future, writes Denis Droppa
Cars, boats & planes
1 year ago

The luxury car company is celebrating its 100th anniversary in very rich style with the release of a limited edition book that costs R3.7 million
Cars, boats & planes
1 year ago