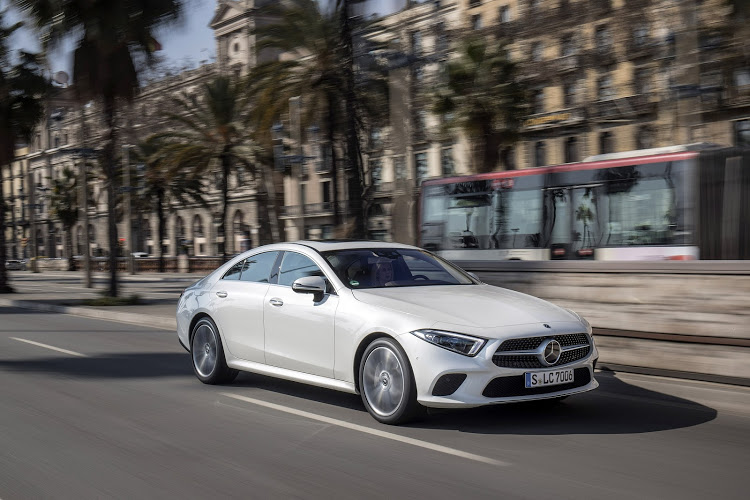 When I last swung the latest Mercedes-Benz around a few orange cones at its racetrack launch I bemoaned how its curvaceous shape ultimately had no business hunting for apexes on the corners of any racetrack.

That was the CLS 53 AMG — a silky smooth version that belies that it was honed by the company’s AMG engineers. The CLS 400d on test here has expanded the range to two flavours since, and it’s the ultimate testament to that initial protest.

It’s quite serene at idle and crawling speeds, magnifying the ambit of the dreamboat ambitions its maker mercilessly subscribes to.

The CLS arrived on the scene back in 2003 at the Frankfurt Motor Show as an elegant and long four-door coupe concept packing a six-cylinder turbodiesel with 195kW and 560Nm on tap and stoked by a seven-speed automatic transmission. 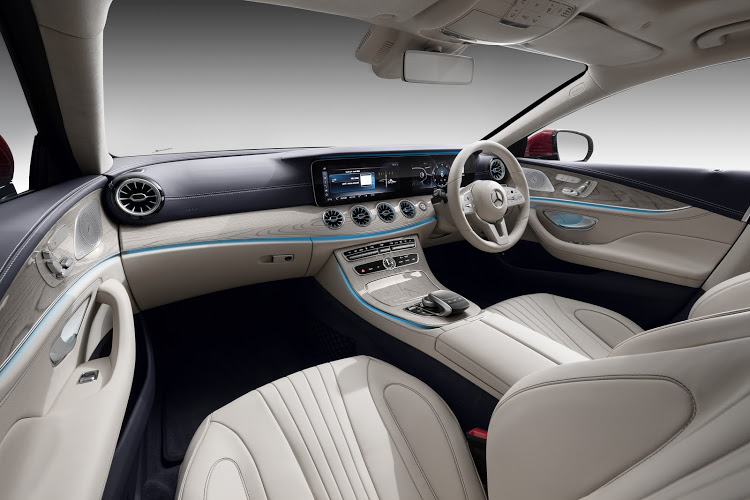 It’s a spacious and smart cabin despite the low level roof.
Image: Supplied

The concept hasn’t changed much and that engine now outputs 250kW and 700Nm while the auto ’box is now a nine-speeder. The AMG Line interior fit, finish and MBUX digital interface optioned were top drawer features for aesthetics and functionality.

Ergonomics too are top-notch once you’ve successfully skirted past the highish door sill and contorted your neck past the rather low-slung curved roofline. It’s a shorty compared to its 34mm higher E-Class class cousin, which it shares plenty of components with.

Despite a slimmer glasshouse, outside visibility from within its 2,939mm long wheelbase is good. Rear-seat occupant comfort is also considered and the backbench height is lower while an internal double-bubble carved out of the roof lining increases headroom. The flowing boot yields a useful 520l of luggage space.

Getting to the bottom of this CLS’s technological competences is easy and familiar. I’ve spent enough time, and reported back on many a Mercedes-Benz fitted with the MBUX command system. 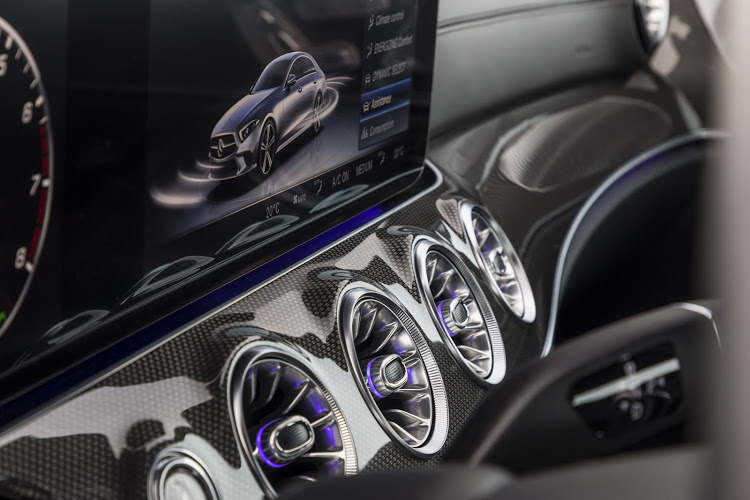 It uses a central mouse control, touch or press, to activate its many features. Ultimately it rests with voice control that is poised as the main form of intuitive, safe and convenient means of communication between driver and car.

The 250kW and 700Nm produced by its in-line 2.9l turbo diesel six-cylinder peaks as early as 3,200rpm and thanks to 4Matic all-wheel drive system it’s an enormously tractable car anywhere and everywhere no matter the angle of road elevation.

Sophisticated and adjustable damping ensures it wafts all day while robust noise cancellation belies the fact that agricultural fuel courses through its fuel lines.

Though it can hardly be described as sporting, it’s particularly impressive blasting off the line, very strong when overtaking and a surprising and addictive car to drive rapidly.

Its deceptive fierceness can propel it past 100km/h in a claimed 5.0 seconds and on to a top speed of 250km/h.

In terms of thriftiness, the test car recorded an average of 8l/100km, which is good but a far cry from the claims of 6l/100km. It’s among the greatest diesel engines, even though it won’t match its petrol variant for symphonies or outward sportiness.

But this CLS400d has bags of character, expressed instead with quietly devastating pace and a soothing drive quality.

The Mercedes C43 is more than just an AMG lite

Thembekile Vokwana spent time with the Mercedes-AMG C43 to find out if this model deserves the esteemed AMG name
Cars, boats & planes
3 years ago

The vehicle that inspired a legion of luxury SUVs is back, larger and larnier than ever
Watches & Jewellery
2 years ago

The trailblazing SUV from Mercedes-Benz is reborn ...

The Mercedes C43 is more than just an AMG lite