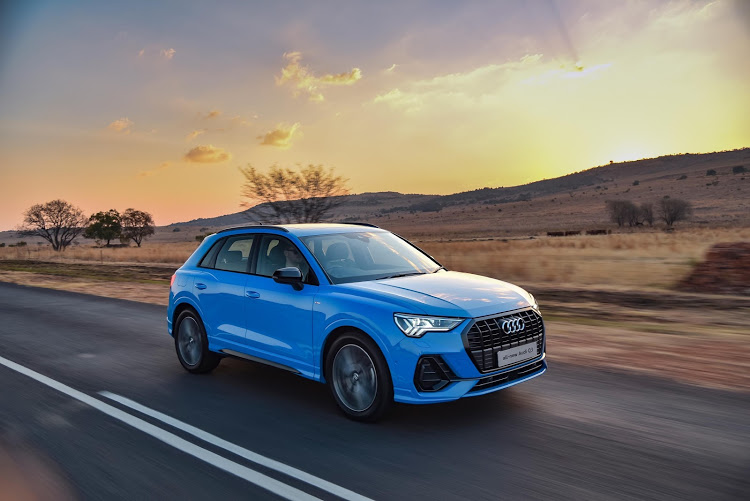 Frontal styling is fresh and will ensure it doesn’t get lost in the SUV crowd.
Image: Supplied

The thing about Marc Lichte’s distinct design language for modern Audi SUVs is that it’s probably worn better by the company’s new Q3 city romper than the Q8 from which it emerged.

The burly Q8 coupe SUV strays perhaps too far into the left field. The Q3’s more approachable and easily becomes the most interesting to look at in the company of rivals that includes BMW’s staid X1, Merc’s swoopy GLA and Volvo’s upright-looking XC40. But has Audi managed to package the things that upwardly mobile and connected customers want in a modern-day compact crossover?

There’s more than enough room for larger adults in the back on rear seats that tilt or fold down, and also slide fore or aft by 150mm. Luggage capacity totals are between 530l or 675l depending on the position of the rear seats when the backrests are up, and 1,525l when folded. The loading floor of the boot can also be adjusted in three levels.

The new luxury SUV from Audi is sophisticated, spacious and hip

The new-generation Audi is a welcomed addition to a small but significant niche
Cars, boats & planes
2 years ago

The main difference over the old Q3 is a complete departure in interior furnishings where the layout now mimics that seen in the Q8 and the upper echelons of Audi’s luxury offerings. The digital suite is a technophile’s dream and Audi has done it impressively.

The aura of material quality has improved a lot through dashboard plastics, leathers and alcantaras, which are markedly premium. The crowning glory is Audi doing away with analogue instrumentation and using clear and minimalist digital displays on a 26cm main screen that is standard fitment.

Top-of-the-line equipment gets MMI navigation plus on a slightly smaller 25.6cm screen while the optional Audi Virtual Cockpit (AVC) brings with it another 25.6cm in the driver’s direct line of view. 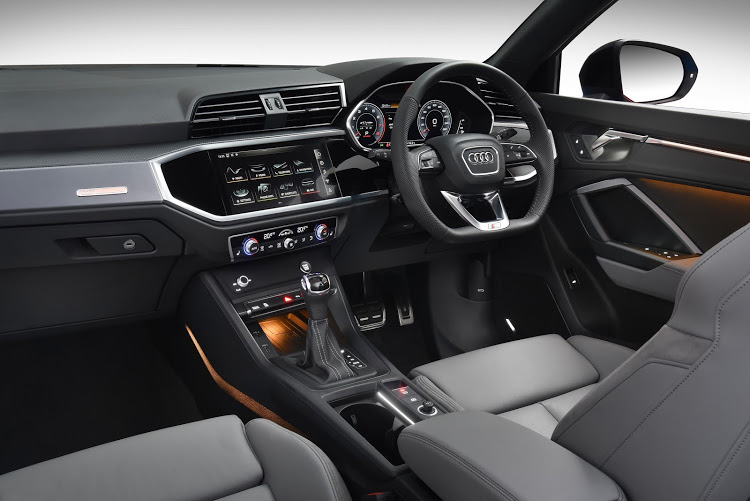 Choose the interior with all three digital displays and you’ll be close to a spaceship cockpit.
Image: Supplied

An upgrade gives you a 31.2cm version of AVC, making a total of three separate screens that can be called up at once.

Finding the menus I needed at the launch was tricky but owners will quickly become acquainted with the touch-operated screens, few toggle buttons and voice recognition that are there to enable effortless operation of the available functions.

The unit I drove was generously specified and its navigation system allows users to scribble, in a fantastically zany mess, a desired destination on the main display screen.

Truthfully, you couldn’t really want more in the way of digital tricks. Most of what was fitted in the Q3 35 TFSI test vehicle was spot-on, and included an optional and bombastic-sounding Bang & Olufsen sound system.

Building a comfortable crossover in 2019 is probably more vital than leading the market with digital sophistication. The drive quality of the new Q3 is outstanding, no matter the surface.

I did find two disappointments from the initial driving impressions. The lone 1.4l petrol four-cylinder turbo engine with 110kW and 250Nm paired with a six-speed S tronic transmission in the range is decently responsive for urban use but visibly breathless when the going gets faster. It’s a motor designed for low fuel consumption instead of athleticism. But if you must hurry somewhere you will find the stride is sufficiently swift. 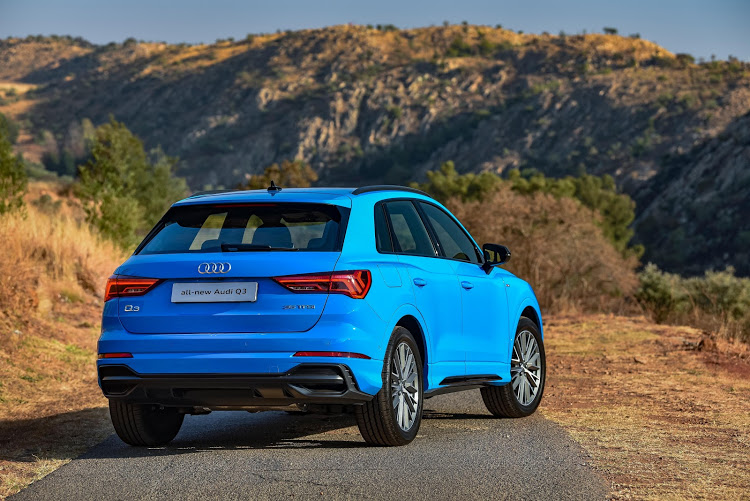 The neat back end can swallow much behind the tailgate.
Image: Supplied

The other low point is wind noise on the move, though this could be attributed to the extraordinarily gusty day in George where the car was launched. I’ll remember to note this when we drive the car in a less windy Johannesburg.

By offering relevant innovations such as greater connectivity, a digital ensemble of operations, a decent boot and ample cabin room, Audi has a winner in the new Q3. You can even head off-road comfortably despite an exclusively FWD drivetrain, and it can be optioned with a hill descent control function to help in this regard.

Everyone is talking about the BMW X7 grille, which BMW proudly says is the largest of its kidney-shaped kind in history
Cars, boats & planes
2 years ago