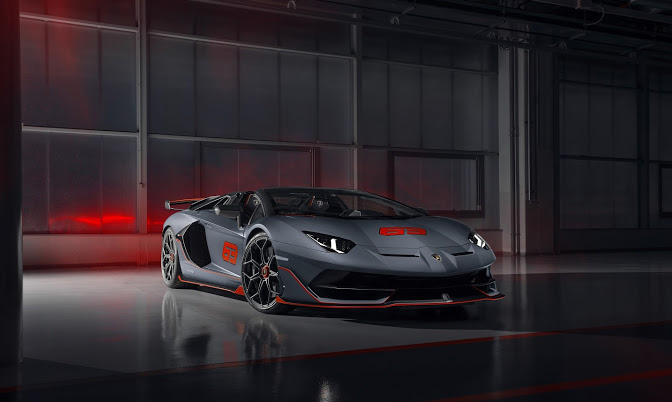 Aventador SVJ 63 is the most exclusive edition of Lamborghini’s V12 drop-top.
Image: Supplied

The car was shown in Pebble Beach in a matt grey Grigio Acheso set off by visible carbon fibre exterior elements and orange detailing. Inside, tri-tone Alcantara upholstery in grey and orange is combined with carbon fibre and CarbonSkin. The carbon fibre sports seats have a “63” logo and lasered.

The Aventador SVJ is mechanically identical to the Aventador SVJ coupé, WHICH that holds the Nürburgring-Nordschleife production car record. It produces 566kW and 720Nm of torque for a claimed 0-100 km/h time in 2.9 seconds and a top speed of more than 350km/h.

What's it like to go camping in a Lamborghini SUV?

Mark Smyth took Lamborghini’s Urus into the countryside to try to make sense of it all
Cars, boats & planes
2 years ago