Bentley's history and craftsmanship are the driving force behind the brand 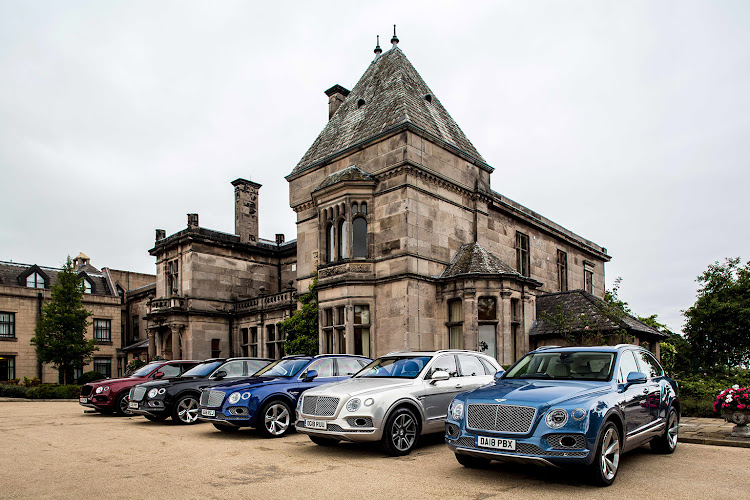 The Bentayga has a few crucial Bentley design points to link it to the past.
Image: Supplied

It was a bit strange arriving at Heathrow airport in the UK for an international drive. Strange, because, unlike for the past decade and more, I did not arrive on a flight from Johannesburg but by car, my recently acquired 2006 Saab 9-3 Aero convertible. But this was one of my reasons for moving to the UK: to reduce the amount of travel that is essential for most journos who cover the international automotive scene.

I still had a flight to catch though, although only a short one: a one-hour hop to Manchester along with a group of other South African media representatives to be met by some gentlemen in suits and a fleet of Bentley Bentaygas. We were heading to the home of Bentley in Crewe.

There’s no denying that England has some very famous automotive brands, and one of them is Bentley. It’s loved by collectors, the well heeled, and, of course, Premier League footballers. Bentley has been based in Crewe in northern England since it moved there from Cricklewood, north London, in 1938. In those days, of course, it was the home of Bentley and Rolls-Royce, but these days, Rolls is owned by BMW and based in Goodwood in the south, while Bentley, now owned by Volkswagen, remains in Crewe, as do many of the families that have worked at the factory for generations.

Motor News visited the Bentley factory in the UK and took a drive in the Bentayga
Cars, boats & planes
2 years ago

Enter CW1 House, the purpose-built, flagship showroom, and you can feel the pride people have for the brand, something that undoubtedly is also present in the superb craftsmanship that goes into every new Bentley. It was certainly present in our “customer host” (Bentley feels “tour guide” is too crass), Nigel Lofkin, who took us through the history of the company from its beginnings under WO Bentley to its first chairman, Woolf Barnato (his father Barney, founded the Kimberley diamond mine), the brand’s many victories at Le Mans, and to Bentley of the present day.

Throughout Bentley’s history it has epitomised craftsmanship, and this is most evident as you watch wood veneers from all over the world being cut, seamstresses stitching together the finest bull hides (cow hides are too easily damaged), and components being assembled by hand. To give you an example, it takes 42 hours to complete the optional cross-stitching by hand in the Bentayga sports utility vehicle (SUV).

In this era of mass production, automated technology and cars that are often more about connectivity than the feeling of the drive, Bentley remains old school in many ways. There are a couple of robots, but the majority of work is done by hand, with craftspeople putting together the components that many owners have selected from the thousands of options available. Even more choices are possible through the brand’s bespoke Mulliner coach building service across the road from the head office, but those premises are off limits to all but the staff and exclusive customers. 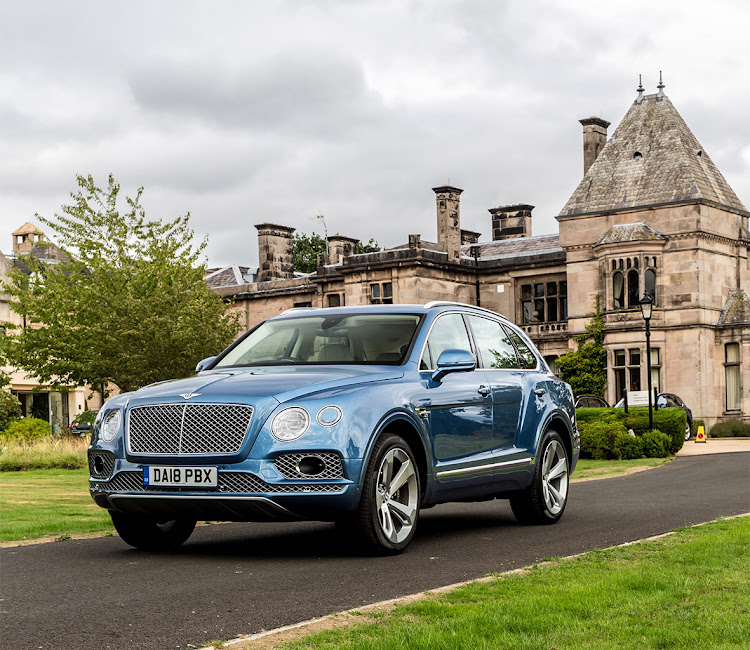 Does the company say no to any customer requests? Lofkin explains that it might steer people away from certain requests, but generally the client gets what the client wants, except for one in the US who wanted hot-rod style flames painted on the side of his Mulsanne. Bentley refused that one, instead agreeing to supply the car, so that a specialist could paint the flames on after delivery in the US. As the saying goes, money can’t buy taste.

After seeing the cars come together in the factory, we got to experience the final product, in this case the latest Bentayga V8 SUV. Opinions over its design vary, as they do for many an SUV, including its even larger rival, the new Rolls-Royce Cullinan. But creating an SUV is no easy task. Darren Day, the head of interior design at the company, tells us that it’s impossible to design a really good-looking SUV because of the dimensions and engineering that needs to go into a model of the genre.

The Bentayga is a vast improvement over the original concept though, displaying many traditional Bentley design elements, including the carefully sculpted profile lines and the frontal design. It’s a big vehicle too, something that was very apparent as we negotiated the narrow British country lanes from Crewe down to the picture-perfect Cotswolds. As you can imagine, a fleet of Bentaygas cruising between hedgerows can be a rather intimidating sight to those travelling in the other direction, and the patient Brits tended to prefer to wait for us to pass like a blue-light convoy in Sandton.

The ride was, as you would expect, sumptuous, made all the more luxurious by the handcrafted interior. After we toured the factory, touching the handcrafted dials — with their three lines of aluminium milling, took on a new resonance for me — as did relaxing in the bull-hide leather and holding that steering wheel with all its hand stitching.

Bentley is, of course, not alone in the world of handcrafted automotive luxury, but as I pulled in to the Cotswold town of Broadway to stay at the famous Lygon Arms, surrounded by the quaintest of classic British architecture, it was clear that the Bentayga, like other Bentley models, is the sum of decades of skill and history. Bentley will move with the times, as the clever revolving infotainment system in the new Continental GT shows, but it will do so while continuing to use its history to define its future.

Mark Smyth discovers the luxury and engineering in the new Bentley
Cars, boats & planes
2 years ago

The privacy you didn't know you needed: Rolls-Royce new 'suite' seals the deal

Some of the most historical agreements have been made in the back of a Rolls-Royce. The "Privacy Suite" provides unrivalled levels of privacy and ...
Cars, boats & planes
2 years ago