The automotive industry's battery electric vehicle trend does not show signs of slowing down. How will the Mercedes EQC charge up? 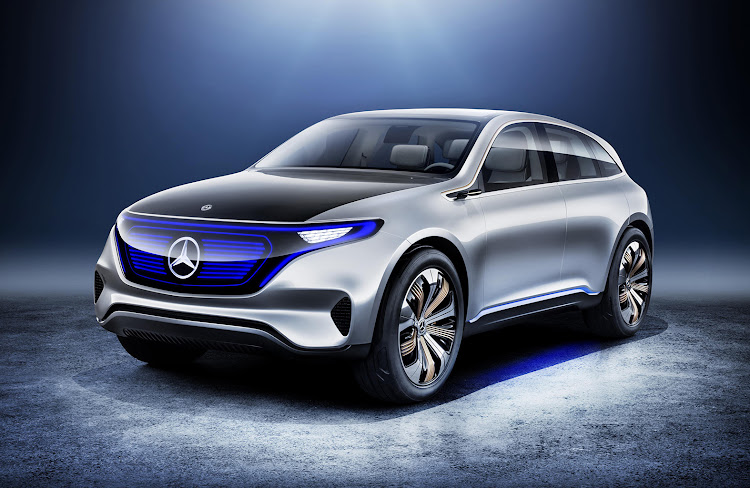 Mercedes-Benz will gamble that cost and simplicity will trump range and recharge speeds when its EQC 400 battery-electric crossover launches in 2019.

The EQC 400 launch in Sweden showed the world’s oldest car maker is finally diving into the BEV (battery electric vehicle) world with at least one foot after years of dipping its toes (with the B-Class, the SLS Electric and the smart family).

Under the hood: There's more to the Mercedes C-Class than just good looks

The bestseller just got better but is it good enough to withstand its rivals? Michael Taylor digs beneath the skin
Cars, boats & planes
4 years ago

With its full 505kg payload on board, that figure rises to 2,930kg, or just the mass of a single average human beneath three tons.

Benz insiders admit it’s partly down to the EQC 400 sharing its MRA architecture with the Mercedes-Benz GLC, which makes it 217kg heavier than the just-launched electric Jaguar I-Pace and 35kg heavier than the gull-winged Tesla Model X 90D.

The I-Pace, Model X and Audi’s upcoming e-tron all use purpose-designed battery-electric vehicle "skateboard" architectures that share little with their internal-combustion cousins. Still, the combined 300kW output is a strong figure, as is the instantly accessible 765Nm of torque, and it’s enough to throw the EQC 400 to 100km/h in 5.1 seconds. 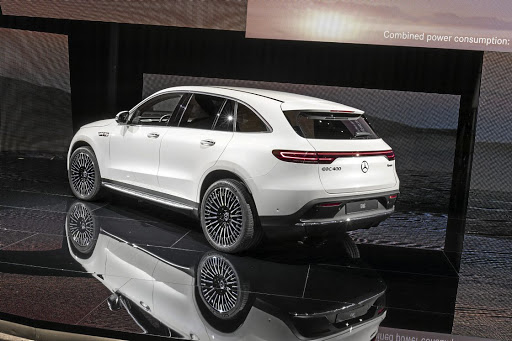 With each of the two asynchronous electric motors spinning at up to 13,000rpm, the EQC 400 uses a single-speed transmission to reach its 180km/h top speed, yet it’s strong enough at low speed that Benz says it can tow up to 1,800kg for a trailer or caravan.

While it has an electric motor at each axle, the two have different characters. Benz claims the front motor will be focused on efficiency and economy to help it reach an NEDC economy figure of 22.2kW/h per 100km.

There are also five driving modes to choose from, ranging from Comfort, Eco and Max Range to Sport and the customisable Individual mode.

The steering wheel retains the usual paddles, but they can now be used to alter the EQC 400’s energy regeneration rate under braking and deceleration.

Benz insists the EQC 400 can be recharged at a rate of 110kW on fast-chargers to jump from flat to an 80% charge in just 40 minutes without harming the battery chemistry. 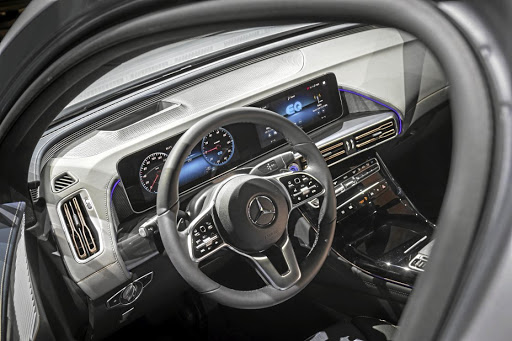 The cabin has all the usual Benz luxury trappings.
Image: Supplied

The issue with that is that while the I-Pace shares a similar recharge time (despite accepting a lower 100kW maximum charge rate), Audi’s upcoming e-tron promises to recharge at 150kW and slash 10 minutes from the EQC 400’s charging time to 80% capacity.

There is a 7.4kW on-board charger, too, and the battery is mounted inside a purpose-built cradle, with deformation zones inside and outside the cradle.

It shuts down the battery in multiple stages after a crash, with the high-voltage system switching off automatically, either reversibly or irreversibly, depending on the crash severity. It also has shutdown points for emergency-services teams.

The lithium-ion battery, built by Daimler’s Accumotive factory, delivers 384 cells in the floor, filling the space between the EQC 400’s axles. The modular battery has two modules with 48 cells each, plus four with 72 cells each, with 408V and a 210 Amp-hour capacity.

Besides its mass, the EQC 400 is fighting Mercedes-Benz’s history of entering new market segments, which hasn’t been a strength of the brand, which traditionally tries to dominate by running before it can walk. For suggestions of this, see the original A-and B-Classes, the original 190E and the smart fortwo, forfour and roadster.

With so much coming in the next few years, it’s no surprise that the company is adding a few derivatives and making a few changes to existing models
Cars, boats & planes
3 years ago

Stefan Weckbach, head of battery-electric vehicles at Porsche outlines the company’s strategy and the progress on the Mission E
Cars, boats & planes
4 years ago