What it took to create the luxurious Bentley Continental GT 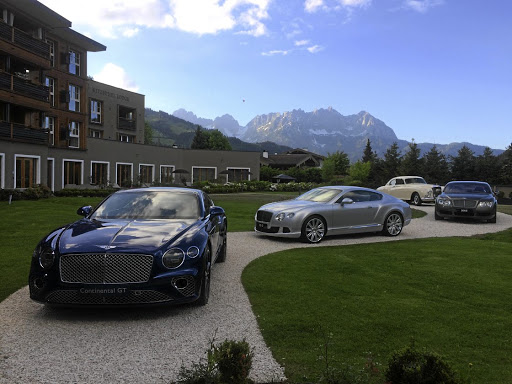 Mark Scott has been involved in development of the Continental GT for over two decades
Image: Lerato Matebese

As you might have read in our first impression of the latest Bentley Continental GT last week, the new model is a technological tour de force, but what makes it such a compelling package?

Well, we chatted to the man responsible for the chassis and powertrain modules of the new Continental GT and he shared some nuggets about how he and his team arrived at the latest incarnation of the model.

Having been with Bentley for more than two decades, Mark Scott has practically overseen all three generations of the Continental GT and he never stops enthusing about how the latest model has pushed the grand tourer envelope. 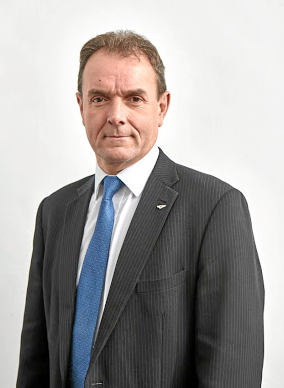 He says that one of the main design provisos was to make the new GT not only more efficient than its predecessor (15% better overall), but also sportier without compromising on the model’s inherent waftage abilities. To achieve this feat, Scott and his team had a blank canvas to work off this time to build the new generation.

For starters, there’s a new and lighter platform that it shares with the new Porsche Panamera, which is a good base to work off.

The 6.0l W12 engine has been given two injection systems — direct and multipoint — which is said to have given the engine superior performance without compromising on efficiency and emissions.

"Our W12 engine is an integral part of Bentley and remains our flagship powerplant that many of our traditional customers still relish. However, with stringent emission standards required, we have had to adapt our engine to conform to these regulations and we feel we have managed to achieve this with the new injection system," says Scott.

"We have also done considerable work to the internals of the engine to not only make it lighter, but to also mount it much lower to allow for the longer and lower bonnet, and to push the wheels 135mm further forward compared to the outgoing car.

"There were, of course, some challenges along the way, chief among them being having to redesign the engine block to allow the drive shafts to be factored into the block itself, something we haven’t done before this, but we are very proud of the achievement."

In addition, the drive train has shed 30kg over its predecessor, thanks to new powertrain systems, while the new ZF dual-clutch eight-speed gearbox has been given a dual-mass flywheel to offer smooth gear transitions whether pottering about or at high engine speeds. 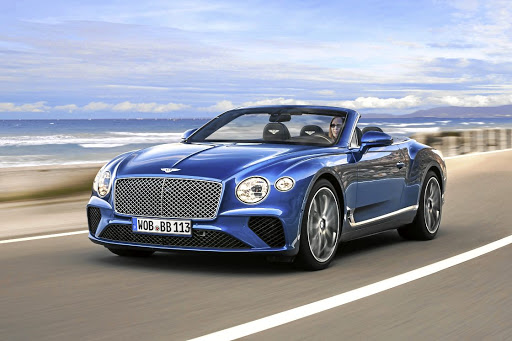 The three-chamber design of the new air suspension is said to cater for 60% more air volume than before, which gives the vehicle even more superior waftability and convexly sportier, more responsive chassis control. The 48V active roll bar has aided much in the possibility of the latter element, Scott says.

The brakes provided another challenge for the team.

"Our front steel discs are the biggest of any production car at 420mm and feature 10 pistons, while the rear has 380mm-diameter discs with four pistons and these have helped us ensure maximum retardation and shorter braking distance in spite of the car’s weight," says Scott.

Other new elements include active torque vectoring with an electronic centre differential that has aided much in the agility and overall cornering ability of the new car. This feature was evident at the launch while driving through some tight mountain pass hairpins.

The complexity of the car is said to include no less than 2,300 electric circuits and 92 electronic control units to allow all hardware and software to compute speedily to ensure the vehicle performs to driver inputs on demand.

The crystal glass-inspired matrix headlights have 82 LEDs each, while the overall architecture of the vehicle uses aluminium casting and extrusions where it matters most for weight reduction and high-tensile steel for the rest to ensure a safe and taut overall structure.

It is the sum of all these parts that makes the Bentley GT the new benchmark in the segment, he says.

Asked whether the GTC (convertible) version of the GT is in the pipeline, he says that the model will be officially shown at the upcoming Goodwood Festival of Speed in the UK.

He was not so keen on commenting on when the V8 variant of the GT will be introduced, although it is safe to say that it is on the cards.

Scott also alluded to the fact that his team was working on a model that will have ceramic brakes as standard and, with the Continental Supersports usually introduced as the swan song of the model range before being phased out, perhaps the next Continental GT Speed is not that far away.

A test drive of the new Continental GT has proven that the brand has elevated its offering making it the model to beat in that segment
Cars, boats & planes
2 years ago

The Lexus LS500 features incredible craftsmanship, but it comes at a price

The LS500 is an incredible piece of engineering, design and refinement but whether you can balance its price tag with your personal perception of the ...
Cars, boats & planes
2 years ago