Stefan Weckbach, head of battery-electric vehicles at Porsche outlines the company’s strategy and the progress on the Mission E 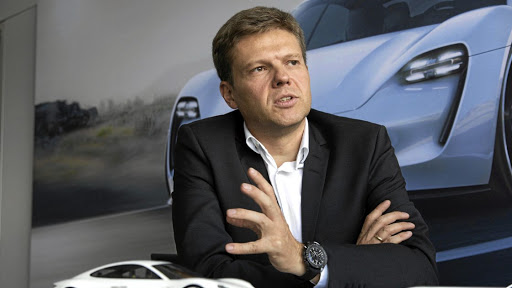 The world is moving quickly towards electric vehicles, whether it is through necessity due to legislation, public demand or a sense of corporate responsibility, and car makers are having to adapt.

Even sports car manufacturers are having to embrace the change and in an internal interview, Stefan Weckbach the company’s head of battery electric vehicles (BEV), outlined Porsche’s strategy in key areas. Like Jaguar did when it revealed its new I-Pace in a sprint race against the Tesla Model XP100D, Weckbach also took the chance to hit out at Tesla.

The company is celebrating 2018’s anniversary with numerous activities including exhibitions in Germany and the US
Cars, boats & planes
4 years ago

"One of the US-based manufacturers boasts that its vehicle can manage 0-100km/h in under three seconds. But only twice, the third attempt will fail. The system is throttled. Porsche drivers won’t need to worry about anything like that happening. The Mission E will offer reproducible performance and a top speed which can be maintained for long periods."

They be fighting words as the saying goes, but Porsche has made significant investments in its Mission E programme including a standalone factory in Stuttgart. So what exactly is the strategy behind it?

It might wear a Porsche badge, but when The Mission E arrives it will have electric rivals from other manufacturers

"A very clear one: we’ve been working on electrification of the powertrain for many years, always keeping our eye on the goal of leveraging the strengths of this concept for the benefit of our customers," says Weckbach. "We’ve been offering plug-in hybrids for the Cayenne and Panamera model lines for several years, and have continually optimised their power and electric range. The 918 Spyder showed the world that hybridisation can be a success in the super sports car segment, and we’ve chalked up big wins in racing sport with the 919 hybrid in the LMP1 class."

We have seen the concept of the Mission E but since its unveiling there have been many questions about whether it will be a real Porsche. Weckbach seems confident that when it launches in 2020, it will have all the right characteristics.

"The Mission E combines the sportiness and everyday usability typical of Porsche while showing the world what we think a purely electric future might look like for four-door sports cars.
We’re building on our brand values and aiming to ensure our purely battery-powered vehicles can still deliver on the promises customers are familiar with from our conventionally powered vehicles."

"It’s a fantastic drive, and I should know, because recently I had the opportunity to drive the first few laps in the prototype with our developers at the Idiada test track. Our vehicle is a four-door sport saloon that can carry up to five people, with a low centre of gravity thanks to the underfloor battery and all possible refinements to the chassis. Driving performance combined with driving pleasure, everyone is in for quite a surprise."

But it is not just about performance, any EV needs to be practical, although perhaps less so with the Mission E than with a family hatch. 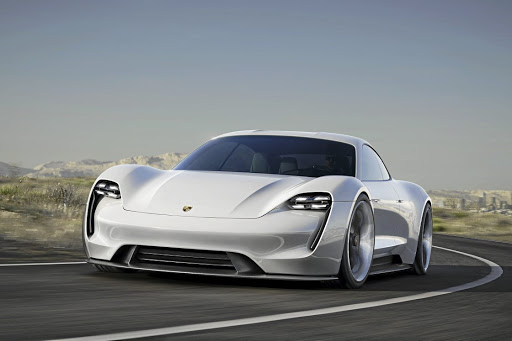 "We decided on an 800V architecture for the vehicle at an early stage; this was necessary to achieve charging times of less than 20 minutes for a range of 400km so that the vehicle would be suitable for holidays and long distances."

Porsche is not the only company within the Volkswagen Group working on an electric vehicle strategy of course.

VW has its I.D. electric vehicle sub-brand, which last week was given a flagship at the Geneva motor show in the form of the I.D. Vizzion. Volkswagen SA has no plans to bring the I.D. range to our shores though, at least not for now, but sister company Audi does and in 2019 we will see the arrival of the four-ringed brand’s first e-Tron model in the country. But will Porsche be sharing any of its architecture within the group?

"We’re working closely with our counterparts, in particular at Audi, on the use of joint modules for the e-vehicles we are currently planning. The brands are also working on the joint development of a platform for new BEV projects in the future."

Could this see some dilution of the Porsche technology by its usage in the vehicles of other group brands?

"Not at all," says Weckbach. "That’s not what anyone wants. Instead, what the group wants is to work together to make a greater impact without losing sight of the things which differentiate us. A Porsche will always be one of a kind."

It might wear a Porsche badge, but when the Mission E arrives it will have a number of electric rivals from other manufacturers around the world, not least of all Tesla of course.

But Weckbach is adamant that the company will make its electrified offerings stand out from their rivals.

"Our ambition is always to offer the sportiest vehicle in the segment: a compact, attractive design and a high level of performance combined with everyday usability. That is the soul of Porsche. And that soul will also be embodied in our electric sport saloon," he says.

This does lead to another question though in that how can it still have the sound of Porsche if it has no sound? Will the company create fake sounds to try to appease different owners?

"Porsche is unlikely to lower itself to gimmicks of this kind or use sound effects to mimic a bubbling eight-cylinder. But we will give due consideration to sound as an emotional factor in the Mission E, using the design approach typical of Porsche and incorporating a clear reference to the technology."

It will be interesting to see, or rather hear just what the engineers manage to come up with there, but the future is not just about electrification, with various levels of autonomous driving having to be incorporated in new models.

"Porsche drivers want to drive. They don’t want their vehicles to do the job for them. That is the unmistakable outcome of all our discussions with customers. But I don’t think that goes against what we’re trying to do," he says, echoing what Motor News was told in 2016 by Porsche boss Oliver Blume.

"First and foremost because no one believes cars will be able to drive themselves completely in the short or medium term. And as I said, that’s not what Porsche customers want anyway. They want their cars to do the boring jobs which are no fun for anyone, like inching along in a traffic jam or looking for a parking space, for example."

Finally, just how big does Weckbach think the market is going to be for EVs, especially given the widely different forecasts from industry representatives and analysts?

"By 2025, up to 25% of vehicles in developed markets might be electrically powered. This figure depends to a large extent on the wider context, however; the charging infrastructure, government funding or regulations and price trends for components, to name a few factors. We’re ready for whatever comes our way."

This readiness is a theme running through most car makers as they prepare for any major shift-change in the market demands. It looks unlikely that SA will be anywhere near as ready as the industry but whether the infrastructure exists or not, it is clear that some car companies will be plugging into the future regardless.

Self-driving cars have much to learn

The industry is buzzing over autonomous vehicles but there remain a number of roadblocks to their adoption
Cars, boats & planes
4 years ago

McLaren is shaking up the establishment of the supercar players
Cars, boats & planes
4 years ago

Mini is in the cross hairs for the second-generation Audi A1
Cars, boats & planes
4 years ago

After driving the latest Porsche 911 GT3, Lerato Matebese says it should rate as one of the world’s seven wonders
Cars, boats & planes
4 years ago