Self-driving cars have much to learn 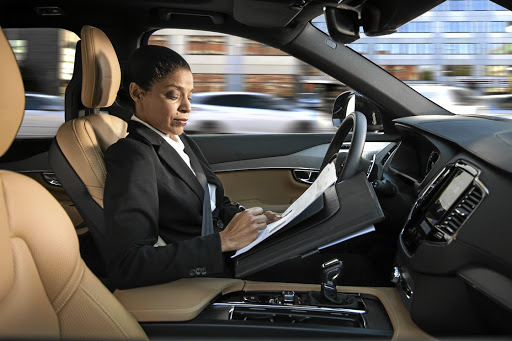 We might think that autonomous cars will allow us to work or rear the paper but a human will still need to be able to take control for many years yet
Image: Newspress UK

There are only a few things that everybody in Silicon Valley agrees on, and one of them is that driverless cars are the future. Companies everywhere are rushing towards this great prize, and that has never been as clear as in January when the valley was transfixed by a high-profile court case over the alleged theft of self-driving trade secrets featuring Uber and Waymo.

Because of this unanimity of opinion, there is relatively little discussion of the obstacles that will stand in the way of self-driving cars.

Between now and the day that they whizz around everywhere, what will go wrong?

Vision of cockpits for future driving

Continental revealed its interior of the future at the recent Frankfurt Motor Show
Cars, boats & planes
3 years ago

I found myself thinking about this the other night when I was cycling home and met a self-driving car trying to cross a six-way intersection.

It was doing just fine, until it saw me. It suddenly pulled to a halt about 6m away, in the middle of the intersection, even though there was no one else around. I looked at it, it looked at me. My bike lights flashed. Eventually, it moved on, perhaps because its human passenger took over.

As self-driving cars become more common, so do the accidents: in 2017 there were 27 in California involving autonomous cars, and in 2018 there were four in January alone. None of these appears to be the cars’ fault, though it’s hard to be certain, because the accidents are all self-reported by the companies doing the testing. 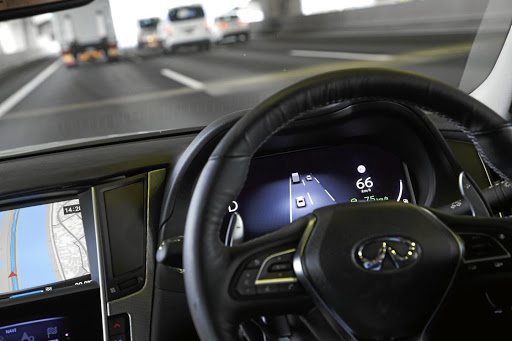 While the car can usually see everything around it, autonomous cars are often over-cautious leading to misunderstandings with human drivers
Image: Newspress UK

Yet even as the number of autonomous cars on the road multiplies, there is still no serious discussion of their shortcomings. Having been writing about these vehicles for the past few years, I believe the following five problems in particular need more attention:

Autonomous cars do not play well with others, particularly human drivers. The cars’ jerky, cautious motions tend to befuddle those around them. The accident reports show this repeatedly. Drivers of other vehicles often misread the robot car’s intentions, resulting in a collision.

We will struggle to trust these machines. Think of a passenger aircraft. Thanks to autopilot systems, most planes are capable of flying themselves. But they still have human pilots, who provide psychological reassurance to passengers and act as a back-up if anything goes awry. Self-driving cars, too, may need human guidance for longer than their creators imagine.

The regulatory environment for self-driving cars, which is something of a free-for-all, is unlikely to remain as permissive as it is now. In the US, legislation that would legalise autonomous vehicles across the country has been held up in the Congress, with no sign of when it might make its way to a vote. 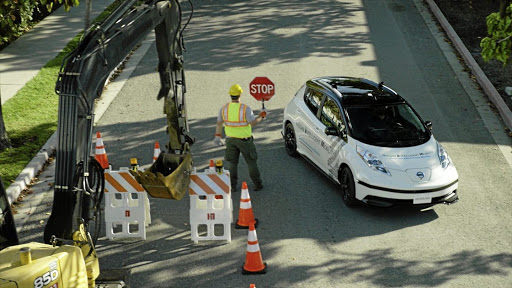 Autonomous systems need to be able to read every type of situation on the road
Image: Newspress UK

Individual states such as California, Arizona and Florida have highly permissive rules for testing but a national law would be necessary before the cars could operate across the US.

There is a risk that autonomous cars will not get smart enough, fast enough to operate across a broad geographic range. In the next few years, self-driving cars will be used in specific neighbourhoods or along specific routes, which is how many companies are testing them nowadays. However, if they are not able to quickly outgrow this phase, that would undercut much of their economic rationale.

The boom in autonomous car research has been fuelled by a kind of economic exuberance. An era of easy money has helped fund the great science project that is self-driving cars. The sector is highly dependent on this funding to continue, because none of the current tech is economically viable. In the event of a financial shock, the autonomous future could start to look far away.

Like all big disruptions, it’s impossible to foresee exactly how or when self-driving cars will have an impact.

Are they on the brink of a huge transformation, like the smartphone was 15 years ago? Or are they more like nuclear fusion, a grand idea that has never quite worked out?

Silicon Valley is certain it is the former, but this is a place that runs on enthusiasm, not realism.

Driving in the cloud safely on the road

Connectivity is becoming central to many new cars with Continental predicting 250-million connected cars by 2020
Cars, boats & planes
3 years ago

We are surrounded by so much hype these days that it is difficult to know what is reality, even in the auto industry, writes Business Day motoring ...
Cars, boats & planes
3 years ago

A-Class: Getting into game-changing technology