McLaren is shaking up the establishment of the supercar players 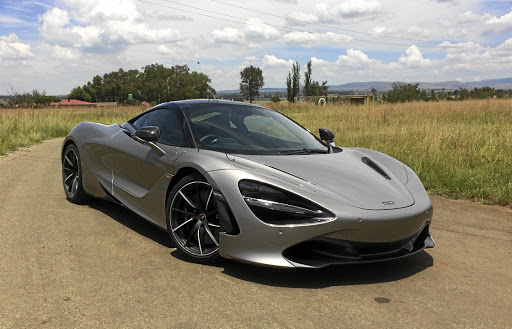 The styling is very different to the more elegant 650S it replaces
Image: Lerato Matebese

For a sports car company that is a relative fledgling among more established players, McLaren Automotive is truly pushing the envelope.

Established in 2010, the UK firm has launched many cars over its short existence since launching its first model, the MP4-12C, in 2011.

The 650S Spider we drove three years ago impressed us immensely with its consummate comfort in daily traffic, its searing performance and dynamism — even in its open-top guise. 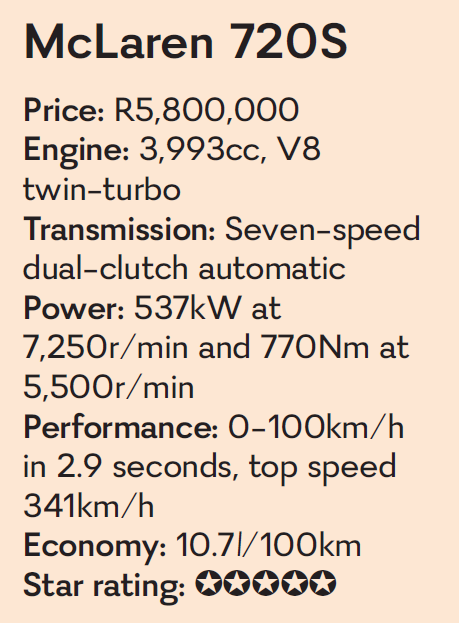 Fast forward to 2018 and I find myself behind the wheel of the 720S, the successor to the 650S, and not only has it moved the game forward but it has set the bar quite high for rivals.

The 720S moniker, much like that of its siblings, alludes to the power in metric horsepower, which equates to 537kW. Besides the performance, the 720S has pushed the envelope in terms of carbon fibre construction with the model not only boasting the company’s carbon fibre tub construction, but it now also has a roof that has been entirely constructed from the light material. This brings the vehicle’s dry weight to a paltry 1,283kg. To put that into context, the Ferrari 488 Pista, the lightweight version of the 488 GTB just revealed, is only 3kg lighter than the 720S.

McLaren is yet to unveil the lightweight variant of its stripped-out version, likely to be dubbed the 750LT (Long Tail), which will be the 488 Pista’s natural rival.

The 720S now boasts a new 4.0l V8 twinturbo Ricardo-built engine, which pushes out 537kW and 770Nm via a seven-speed, dual-clutch automatic gearbox to the rear wheels. 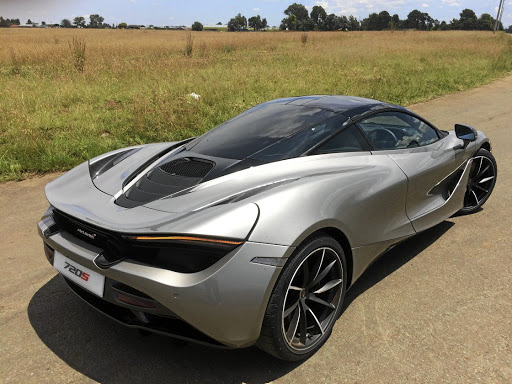 The rear is all about the best in aerodynamics
Image: Lerato Matebese

Of the vehicles that I have driven in this segment, the 720S simply obliterates the lot. The manner in which the model provides speed is truly something to behold. The only other vehicle that felt as fast is the Ferrari 812 Superfast, which plays in a different and much higher segment than the 720S and commands an even higher capital outlay.

One of the brand’s fortes, the ability to tackle urban roads in relative comfort, has been retained. The suspension does feel significantly stiffer than that of the 650S, but it stops short of being jarringly uncomfortable.

Thanks to the carbon monocell, all-round visibility is brilliant, which makes parking this low-slung coupe a cinch. The cabin has also been simplified further with the transmission buttons now in a classier piano key-like layout, while the Iris infotainment system is larger and angled more towards the driver. It incorporates the climate control settings, which were previously located on the driver’s door.

The instrument cluster is a full digital affair with two layout settings. The cabin has been simplified for less clutter, while the overall quality has markedly improved over the 650S.

The driving is truly what the 720S is all about and I was astounded by the tractability of the vehicle, despite the lack of a locking differential. In either Sport or Track mode (the latter perhaps better left for on-track exploits), particularly considering that Joburg roads were mostly wet while testing the vehicle, it scrabbles for traction even in third gear under full throttle inputs. 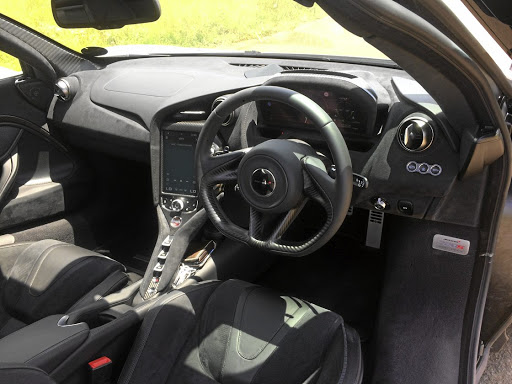 The interior is less cluttered with more controls in the centre console
Image: Lerato Matebese

The rear shimmies momentarily before this thing hurls towards the horizon at such a lick, you might as well be strapped onto a jet engine and jettisoned into space, such is its forward thrust. Even on the highway, shift from seventh to fourth gear and give it the full beans to overtake and it simply dispenses with slower-moving traffic quicker than you can spew profanities describing how quick it is.

The sports exhaust fitted to our test unit that is part of the carbon fibre Stealth Pack, does liberate the engine vocals somewhat, but that pales in comparison to the performance.

Luckily, the 720S stops as well as it can accelerate, thanks to the all-round carbon brake discs that measure 394mm and 380mm front and rear respectively, which inspire great confidence to brake later than you would in most cars and the brake pedal offers exemplary initial bite and modulation.

To sum the 720S up, it is form follows function in its design.

It is easier to get in and out of than before, is comfortable enough to be driven daily and, in my experience, blows the competition into the weeds on the performance front.

After driving the latest Porsche 911 GT3, Lerato Matebese says it should rate as one of the world’s seven wonders
Cars, boats & planes
4 years ago