Land Rover plugging into an exciting and sporty future

Land Rover has revealed the new Range Rover Sport which will include a plug-in hybrid option, writes Mark Smyth 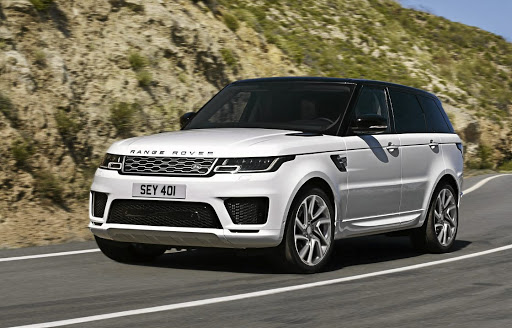 External design changes are minimal but include a revised grille and bumper and new LED headlights
Image: MOTORPRESS

Jaguar Land Rover likes to give us a polite "no comment" every time we ask about future models that we have received insider information on.

A prime example would be the E-Pace with Jaguar SA and Jaguar UK saying they knew nothing about it right up until the point when they announced it, nearly a year after we first reported on info supplied to us by sources around the world.

So it was no surprise that we managed to get absolutely nothing out of the company on the new Range Rover Sport until it made an official announcement. We expect it in SA in 2018, although Land Rover SA is still unwilling to confirm that, saying only that it will confirm the launch date at a future date.

Jaguar is planning to launch a model called the Road Rover
Cars, boats & planes
4 years ago

The launch of a new Range Rover Sport is a big deal to many, particularly those who revel in the performance and superb off-road ability while traversing our cities and suburbs. The reveal of the new model comes at a time when the company is launching its new Velar in SA this month and one of the biggest things that will appeal is that some of the interior tech and design of the Velar will feature in the new Sport.

"When we started the design process with this new Range Rover Sport, it was important that we maintained its sporting prowess while evolving the exterior design," says Gerry McGovern, chief design officer for Land Rover. "The addition of design-enabled technologies, such as our new infotainment system and the LED headlights, demonstrate our drive towards ever greater desirability for the customer," he says.

What will also feature is the brand’s first plug-in hybrid electric powertrain, following the news a couple of months ago that all new Jaguar and Land Rover models will have the option of some electrification from 2020. 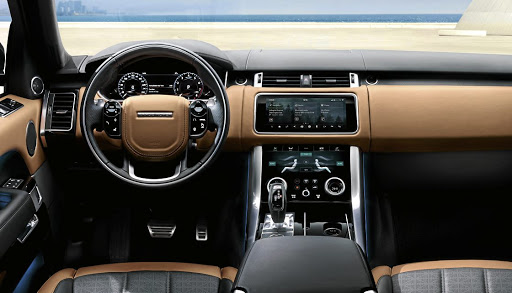 A big change includes the introduction of the dual-screen Touch Pro Duo infotainment system from the Velar
Image: MOTORPRESS

In addition to the plug-in hybrid electric vehicle (PHEV) options, there are also a number of design and specification changes. The flagship SVR will also be upgraded to deliver 423kW, making it the fastest Range Rover to date, according to the company.

Not surprisingly though, the company is focusing on the PHEV version, which under the new naming strategy for Jaguar and Land Rover, will be badged as the P400e. It will feature a 221kW, 640Nm 2.0l four-cylinder Ingenium petrol engine with an 85kW electric motor. The company is claiming a total power output for both forms of propulsion of 297kW pushed through the usual permanent four-wheel drive system. Land Rover says it will deliver a 0-100km/h time of 6.7 seconds and a maximum speed of 220km/h, but will only emit 64g/km of CO2 on the old European consumption and emissions tests and has a range of 51km in electric-only mode.

Motor News was one of the first publications to drive the imminent Range Rover Velar on local soil
Cars, boats & planes
4 years ago

What will be interesting is that the electric-only mode will also operate when off-road. The company says this is important for accessing areas with air quality restrictions and congestion charging, which is true, but we don’t have any of that in SA, so for us the test will be how well it can creep silently around game reserves.

There will be two unique driving modes for the PHEV model in addition to the modes available in other models. The first is Parallel Hybrid, which combines both the petrol and the electric motors. This mode will include something called Predictive Energy Optimisation, which will use the satellite navigation to plan the most efficient route for the two propulsion options. The second mode is called EV (electric vehicle), utilising only the electric motor. 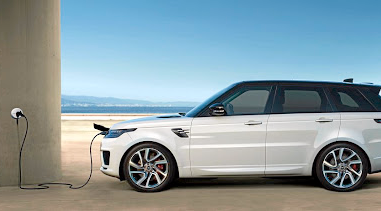 For those who might actually venture out of the city, Land Rover has given the PHEV a unique calibration for its Terrain Response 2 system, which will distribute torque from the electric motor to all four wheels, perfect for providing maximum torque from minimum revs.

"The new Range Rover Sport strikes a compelling balance between dynamic capability, passenger comfort and efficiency," says Nick Collins, vehicle line director at Jaguar Land Rover. "The introduction of our advanced plug-in hybrid powertrain is a watershed moment in the history of our performance SUV."

The electric motor is inside the housing of the eight-speed ZF automatic transmission and is powered by a 13.1kWh high-voltage lithium-ion battery. Charging is via an access point in the front of the vehicle rather than the side as with many other PHEV models. The company says that full charge can be achieved in as little as two hours 45 minutes using a dedicated 32 amp rapid-charger wall box, but otherwise it can be charged in seven hours 30 minutes using the 10 amp home charging cable supplied with the vehicle.

Getting to the changes across the range and the cosmetic alterations include the new Pixel-laser LED headlights, a revised grille and a new bumper. So not much on the outside, but inside things are different, with the new Touch Pro Duo infotainment system that makes it debut in the Velar. Two high-definition 10-inch touchscreens form the centrepiece of the system.

In-car connectivity is enhanced with up to 14 power points, including a domestic plug socket to keep laptops and other devices topped up. The new model will also get the Jaguar Land Rover Activity Key from the F-Pace and Discovery.

This article was published by the Business Day.You can view the original article here.