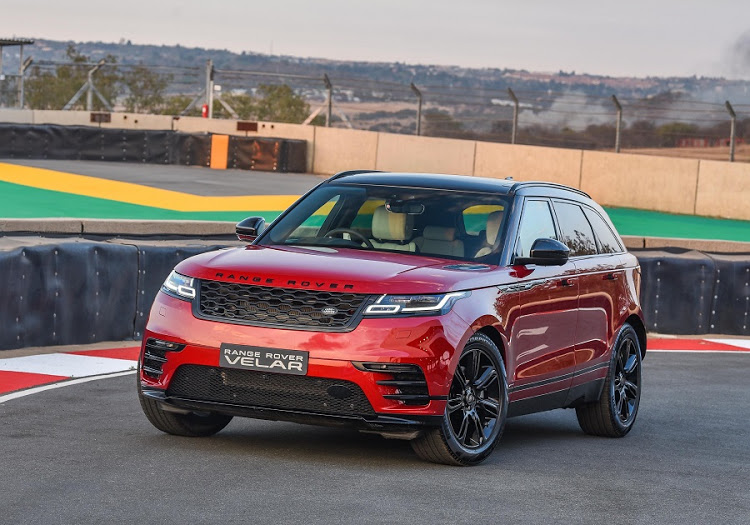 We have up to now shared various nuggets of information as well as images of the forthcoming Range Rover Velar. We were also fortunate in that one of our international correspondents, Damien Reid, gave you his first driving impression of the model at its international launch in Norway a few weeks ago.

However, we are now happy to report that we have driven the model in SA prior to its official local introduction touted for October. Jaguar Land Rover SA (JLR SA) was, for the most part, clandestine about what we were going to drive at the SA Motoring Experience event, which took place at the Kyalami racetrack this past weekend.

When we arrived at the event, we were told that there would be a surprise drive, but I never fathomed that it would be the new Range Rover Velar, particularly so soon after its international introduction. 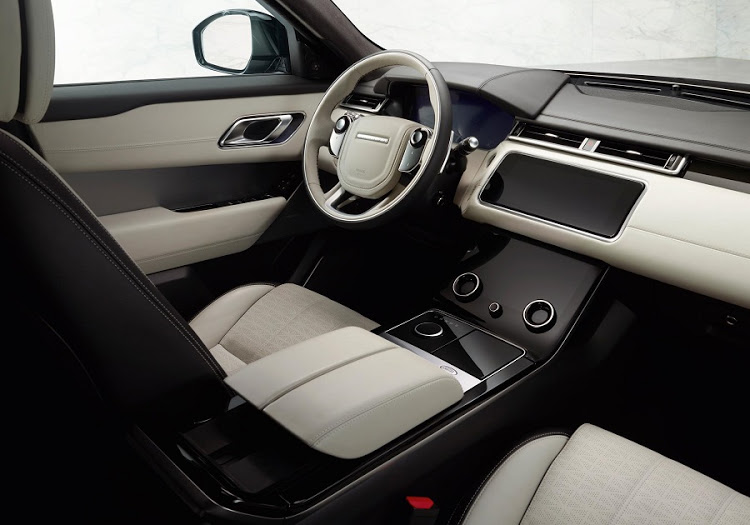 The interior is more minimalist than other Range Rover models
Image: Newspress UK

When the veil came off the red specimen I was expecting the car to look good, but blimey, it’s gorgeous, particularly the interior, which shifts what we have come to know of the brand to the next level. More about that later, though, as I want to first recap the Range Rover hierarchy and where the new Velar fits into the grand scheme of things.

Kicking off the model range is the successful Range Rover Evoque, which has done wonders for the brand and has made the prestigious Range Rover nomenclature more accessible to a wider audience. Next in line is what you see here, the Velar, which is said to plug the gap between the Evoque and the Range Rover Sport. At the top of the totem pole is the Range Rover big body, which still remains the king of the hill.

According to JLR SA, the rationale to introduce the Velar is to entice Evoque owners who are looking at something slightly bigger, but perhaps do not have the wherewithal to acquire the Range Rover Sport. With a starting price of a R947,700, it manages to undercut the recently launched Land Rover Discovery, if only just.

At some 4,803mm in length and with a 2,874mm wheelbase and a 1,665mm height, the Velar is quite a sizeable car lengthwise and has a roomier cabin than its model pecking order suggests. 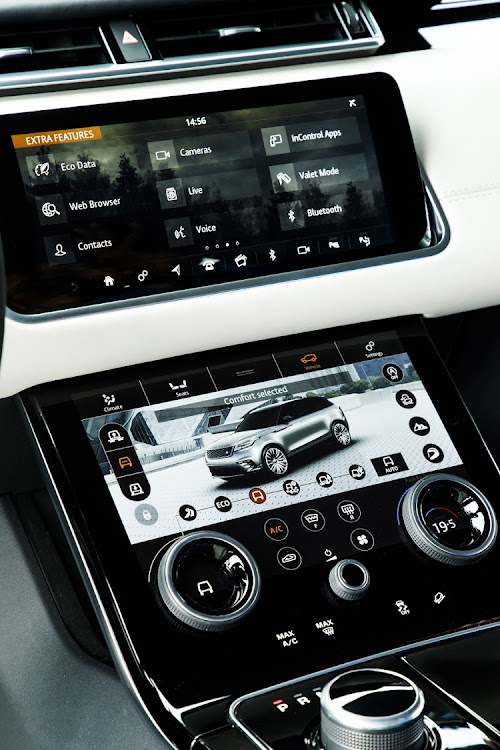 The dual touchscreen format alone puts the Velar above any of its siblings
Image: Land Rover SA

It also shares much with its sibling, the Jaguar F-Pace, including the platform and engines. The differences are in the small nuances. For instance, while the F-Pace is more road biased and has significantly stiffer roll bars than the Velar, the latter shares its off-road capabilities with the rest of its Range Rover siblings, which means the Terrain Response 2 system, although it is a R16,700 option.

While the range will be available with both 2.0l turbo petrol and 2.0l turbo diesel variants from its Ingenium engine family, we got to drive in the flagship 3.0l V6 supercharged (280kW and 460Nm) in R-Dynamic HSE guise around the iconic racetrack. Granted, while this may have been a bit of a misnomer to test a premium SUV of this disposition, it nonetheless gave us a taste of what the model offers.

While the performance is great it is perhaps not its jewel in the crown nor its draw card. No, that accolade has to go to the way the thing looks — insert drop-dead gorgeous or any other superlative adjective here and you’ll be on the money — and the cabin. The latter takes what we have become accustomed to and moves it upwards. There are fewer buttons adorning the drop-down section of the fascia where a touchscreen now resides. It controls everything from the climate control to seat warmers. It gives the cabin a clean yet elegant ambiance.

The infotainment screen as seen on the Discovery and F-Pace still resides, but has been taken a step further in the Velar as it comes with tilt function to change the angle to suit various driving positions and compensate for ambient lighting. 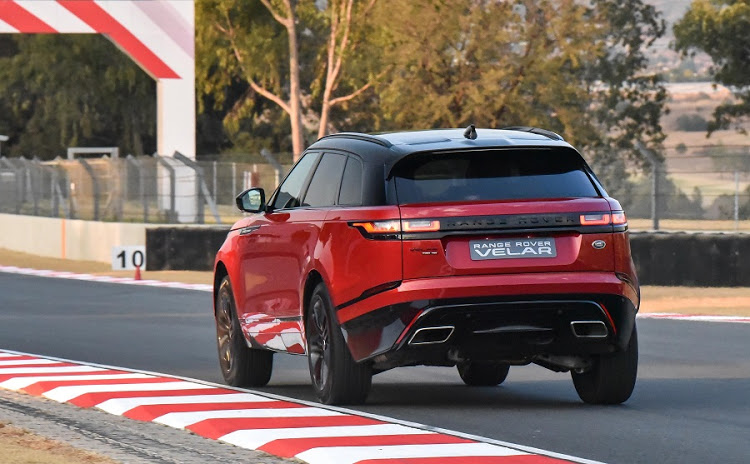 The Velar was less suited to the track than the Jaguar F-Pace, but the track is not really the future home for either
Image: Land Rover SA

While driving the model around the track was not ideal, it showed a vehicle with fairly long legs when asked to gallop, although there was some body lean in corners where the equivalent F-Pace feels more planted. Other than that, there is a commensurate feel of panache and tactility that would not be out of place in its bigger Range Rover siblings. In fact, the Velar currently trumps the entire Range Rover portfolio in terms of cabin appointments, but I have it on good account the rest of the Range Rover offerings will also get the latest cabin layout.

Order books for the Velar have been open since May with the first customers scheduled to receive their vehicles in mid-October. If you were planning on ordering the latest Discovery, then you would do well to first take a look at the Velar before taking the plunge.

If I were voting with my wallet between the two Landys, the Velar would win mine every time. A game-changer then? If first impressions are anything to go by, then I have no grounds to think otherwise.

Land Rover has revealed the fourth member of the Range Rover family, the Velar
Cars, boats & planes
5 years ago

Super-fast Bentley Bentayga can be greatly ...