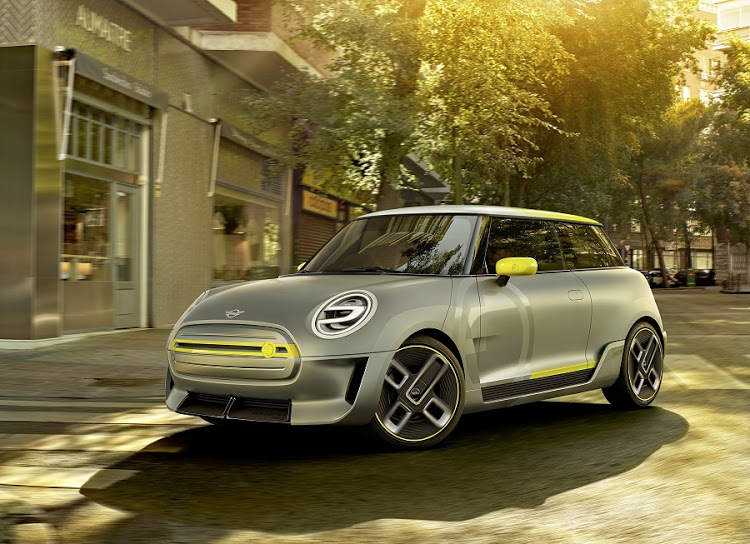 The concept shows all the hallmark Mini design attributes but with some major detail changes
Image: BMW

Less than a week before the Frankfurt motor show opens and already the electrification cats are leaping out of the bag.

Mini has released sneak images of its Mini Electric concept, which shows a little more imagination in design (and, hopefully, its engineering) than it does in its name. Traditionally a brand that prefers not to launch cars at motor shows, Mini’s hand is being forced by news that Daimler is using the show to announce it will move to an all-electric strategy for the Smart brand (see story on back page).

Though anorexic on engineering details, the Mini Electric Concept is said by Mini to offer a "window into how pure-electric, day-to-day mobility might look in the years ahead".

Naturally, it looks like a Mini, with unmistakable Mini design language and proportions, most of which will carry over into the brand’s first full-series production electric car in 2019.

This helluva sprightly run-about is a break from the drudgery and soullessness of the modern hatchback market
Cars, boats & planes
4 years ago

"The systematic electrification of the brand and product portfolio is a mainstay of the BMW Group’s Number One Next strategy," says Harald Krüger, BMW board chairman.

"The Mini Electric Concept offers a thrilling preview of the all-electric production vehicle. Mini and electrification make a perfect match."

Urban mobility, Krüger claims, was "ingrained into the Mini brand’s DNA, with cities as their natural habitat".

Mini released no details of the concept car’s range, acceleration, motor output or battery capacity, saying only that "the responsive drive system, sublimely judged suspension tuning and use of aerodynamic add-ons produce driving dynamics very much in the Mini mould and a fine operating range. It all comes together to make the Mini Electric Concept a highly attractive, zero-emission solution to the current challenges facing personal mobility in our cities and their surroundings". 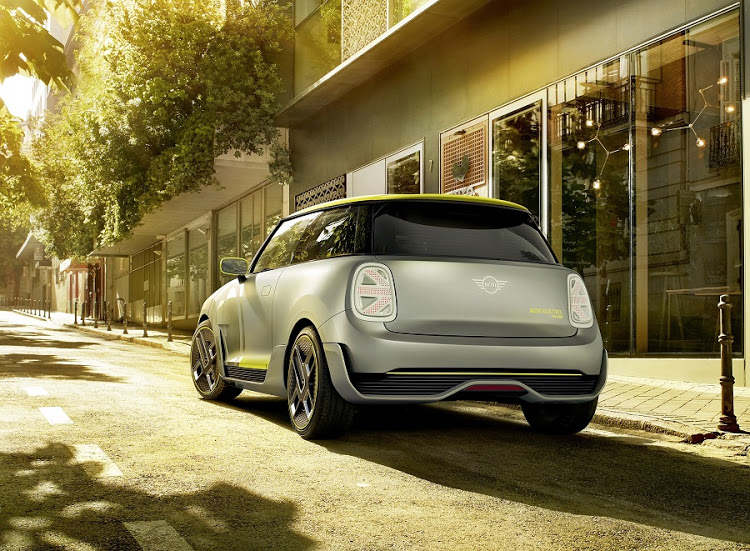 For all the evasiveness on technical specifications, it won’t be the first time Mini has stepped into the electric-car field. It unveiled the Mini E in 2008 as a rolling laboratory, building 600 cars and sending them to the US, Germany, the UK, Japan, China and France to gather real-world driving data to prepare the brand for the 2019 series electric car. One also came to SA and we were fortunate to be one of the publications that got to drive it.

It also has one model, the Cooper S E Countryman All4, capable of running as a zero-emission car via its plug-in hybrid layout.

"With its characteristic go-kart feeling and powerful electric motor, the Mini Electric Concept is great fun to drive while also being completely suitable for everyday use — and producing zero emissions to boot," BMW’s board member responsible for Mini, Rolls-Royce and Motorrad, Peter Schwarzenbauer, insists.

"That’s how we at Mini envisage electric mobility in tomorrow’s world," he says.

Bruce Fraser jetted down to Durban to sample the all-new Mini Countryman, a car that improves upon the successes of its predecessor
Cars, boats & planes
4 years ago

With its familiar round-eyed nose, kitsch half Union Jack rear lights and race-bred aerodynamic flaring on its side skirts, the Electric Concept seems to work as hard at not losing rusted-on Mini fans as it does embark in a new direction.

"It conveys a whole new take on the concept of sportiness. Indeed, aerodynamics and lightweight design aren’t just important in the world of motorsport; they are also essential factors for maximising electric range," he says.

"The car’s surfaces have a sense of precision and contemporary clarity about them that lends added impact to its efficient character. Plus, striking accents and vivid contrasts give the exterior that distinctive Mini twist," he says.

The car’s hexagonal radiator grille slots on to a face that requires far less cooling air than traditional Minis. The headlights are both full LED units.

The air intakes in the front are actually closed over yet still include louvre designs to "inject some technical flair".

While the BMW Group’s brand has marked carbon fibre as its territory, most of the Mini Electric Concept’s body flair comes from old-school fibreglass, including the aero parts running along the side sills.

Riding on 19-inch wheels, the Electric Concept used 3D printing for the grille and the fake air intakes, which Van Hooydonk believes could open up a new market for customisation.

Mark Smyth is considering selling internal organs to get his hands on a Mini Remastered
Cars, boats & planes
3 years ago