Video did not kill the radio star, but something is definitely killing off the medium sedan 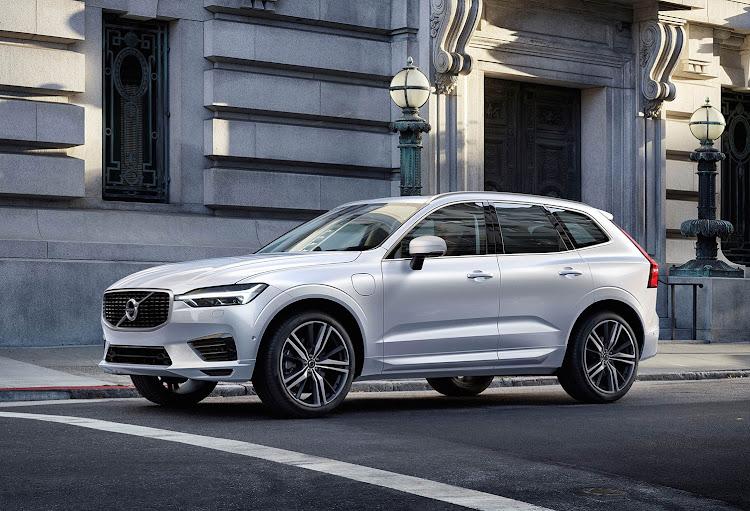 The Volvo XC60 will arrive in South Africa in 2018
Image: Supplied

Whether you were alive when the song came out or not, everyone knows the famous lyric: “Video killed the radio star.” But did it? Today radio remains a popular medium, especially as we spend so much more time in our cars. What we listen to has changed significantly though. While we might listen to local radio from time to time, many people are ditching local radio stations and instead using connectivity to stream radio from around the world via the internet or digital radio. But they are still listening to radio.

When it comes to motoring, there is no doubt that the industry is going through a radical change, but will the car as we know it be killed off? Chatting with some New Yorkers recently, it was clear that they have no intention of owning a car, but they do still need a car to get around, be it a famous New York cab, an Uber, or one of the multitude of car-sharing schemes available in the city. Apart from the subway, walking, or cycling, most of their other options require something with four wheels and some form of internal propulsion technology.

So the car is a long way from its grave, but there is a predator in the market and it is successfully preying on other species. That predator is the sports utility vehicle (SUV), and its biggest prey is the medium sedan. In 2016, SUV sales in Europe rocketed a massive 21.4%. They accounted for 25.7% of the market, compared to the D-segment sedan at 8.8%. The Nissan Qashqai was the top-selling SUV crossover, far eclipsing the best-selling D-segment sedan, theVolkswagen Passat. 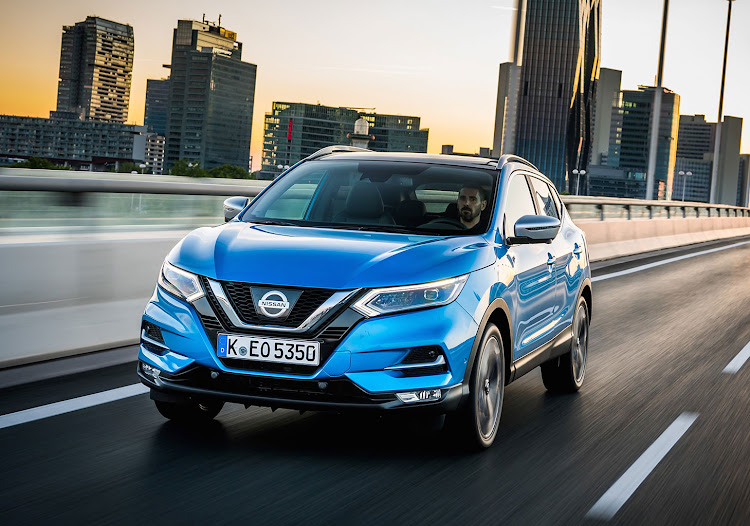 Sorry, we got a little financial newspaperish there, but when you see that BMW has canned 3 Series production in South Africa, you need to understand why. Initially people were shocked, but then the company announced it would be building the next generation of the X3 SUV. Production starts in 2018, and it is actually a big coup for the local operation of the Munich company. 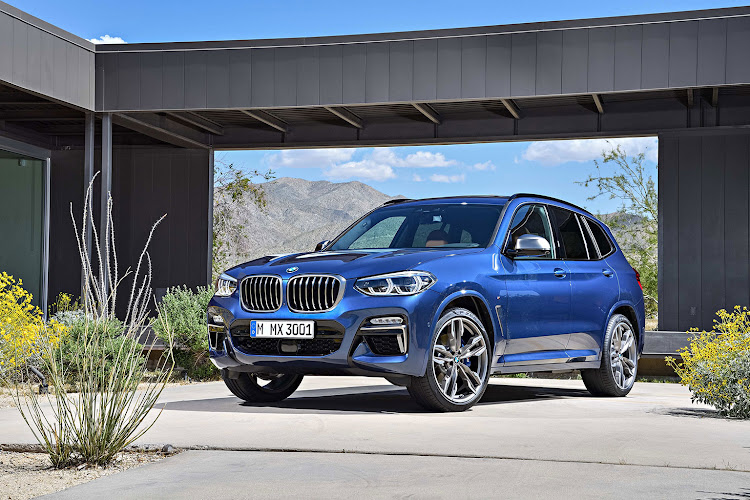 BMW is not alone. The transition is even more obvious in Ingolstadt, where over the past few years the two best-selling models bearing the four rings were the Audi Q5 and Q3, both of which outsold the once favoured A4 sedan in 2016.The meanies at Mercedes refuse to share their figures, so we have no idea what their best-selling models are, but we suspect there is a similar trend. And then there is Jaguar. In 2015 it sold 94 449 cars, all sedans. Then in 2016 that figure shot up about 50% to 148 730. Why? The F-Pace. In its first year on sale, Jag sold more than 45 000 of its firstever SUV. Not surprisingly the British marque is so happy with the sales of its newcomer that it has plans for even more SUVs. It recently revealed the E-Pace, and in 2018 it will add the I-Pace battery-electric crossover to its lineup. Word is that Jag is also planning a larger J-Pace to take on the Mercedes GLS and upcoming BMW X7.

The top-selling medium premium SUV comes from none of the above manufacturers though. It is, in fact, the Volvo XC60, and, after driving the next generation in Spain recently, it looks set to continue to be a popular choice when it arrives in South Africa in the second quarter of 2018.

Luxury car makers are getting into the sports utility vehicle market

Off-roading is being reinvented, with Bentley, Maserati, and even Rolls-Royce all entering the market
Cars, boats & planes
4 years ago

All of this leads one to wonder what the future is for the top executive sedan models, such as the Jag XJ and the BMW 7 Series. Could luxury SUVs take over there too?

Now, we know what you are thinking: what happened to all this talk of downsizing? In a way the SUV domination is coming about because of a kind of downsizing. Like our New York friends, many people in other parts of the world are realising that they do not need a car to do the daily commute, but they do need a car. Households that traditionally had two cars are downsizing to one, and that one is a SUV.

Not such an easy decision in South Africa where people rely more heavily on their car to get around, but one day, who knows? There is also another genre that has a question mark hanging over its future. That genre is as old as the car itself — the internal combustion engine. Yes, it will be many years, probably even decades, until petrol and diesel engines disappear altogether, but manufacturers are moving towards alternative powertrains.

Recently, Volvo announced that it will add electrification to all its new models
launched from 2019. This will take the form of either a 48v mild hybrid, which uses brake regeneration to provide additional power, a plug-in hybrid electric vehicle, or a full battery-electric vehicle. It does mean that many of its models
will retain a petrol or diesel engine, but the other carmakers are all starting to jump on the electrified wagon too. It might be another 30 years until we can write a story about how alternative powertrains have killed off the traditional engine, but we have no doubt that the story will have to be written, eventually.

TOUAREG SET TO PITCH ITS TENT IN FRANKFURT

Volkswagen still hasn’t released images of its next-generation Touareg, but we are confident that this artist’s impression will be pretty close when we see the car at the Frankfurt Motor Show in September. We expect it to adopt a frontal design similar to the latest Tiguan, while the rear will take cues from the Audi Q7 and Bentley Bentayga, with which the new VW SUV shares a platform. Interestingly, it will share a platform with the new Lamborghini Urus and Porsche Cayenne too, both of which are also set to unveiled shortly. 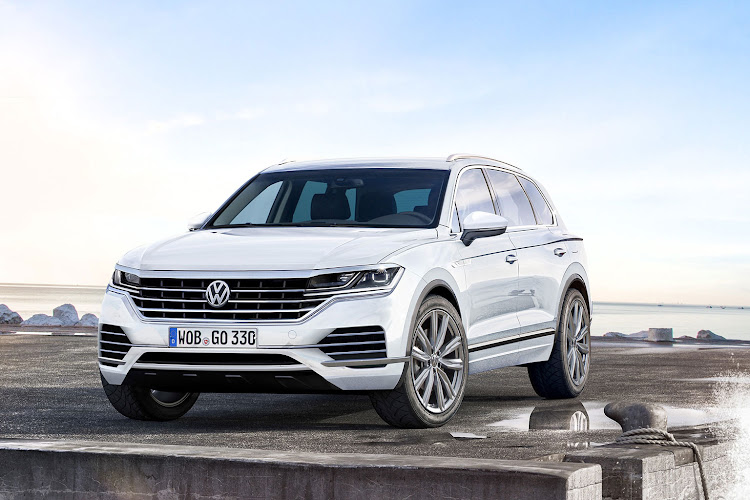 SEVENTY YEARS OF THE PRANCING HORSE

Ferrari is celebrating its 70th anniversary in 2017, and it used the recent Goodwood Festival of Speed in the UK to put on a bit of a show. Almost every model ever made, including many of the Formula One cars, were represented in a parade up the famous hill-climb track at the event. Leading the parade was the first-ever Prancing Horse, the 125 S, which was also joined by current exoticmachinery from Maranello, such as the LaFerrari Aperta. 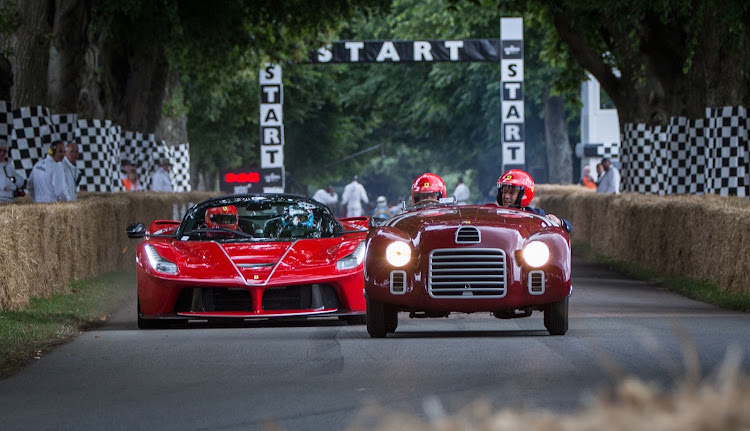 The words “budget” and “BMW” are not usually used in the same sentence, but the company’s motorcycle division, BMW Motorrad, has now launched the first of its G310 series bikes in South Africa in the form of the G310 R, at R62 999. BMW describes the new bike as “a real BMW motorcycle, just with a reduced capacity”. That capacity is 313cc, but the bike still has all the BMW roadster looks and boasts 25kW. More is still to come for the new range, including a GS version. 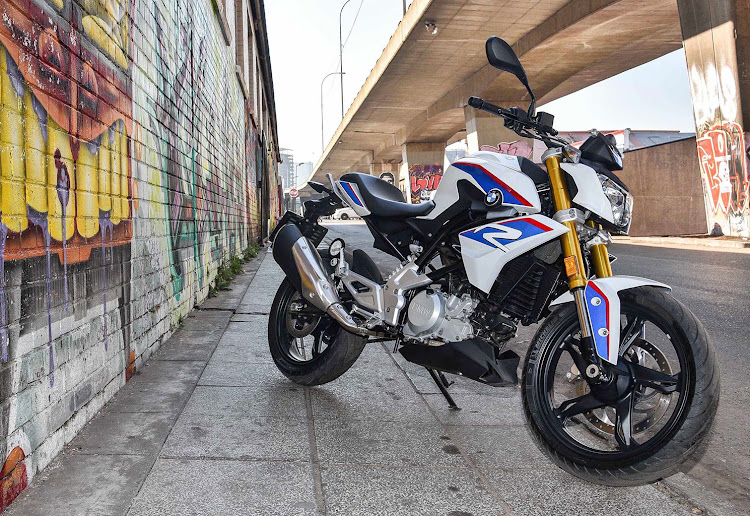 Image: Supplied
Next Article
© Wanted 2021 - If you would like to reproduce this article please email us.

The Panamera Sport Turismo is a badass Porsche wagon ...