The final design of the Tesla Model 3 has been spotted but is it really heading to SA? 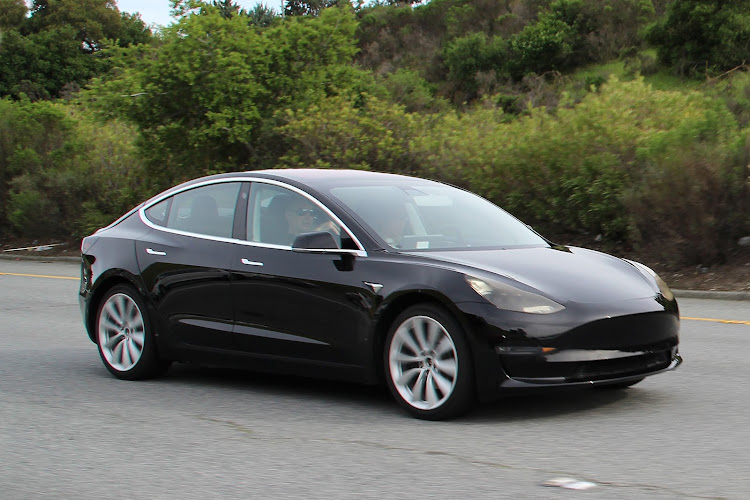 If you are one of the 500,000 people who have handed over a $1,000 dollar deposit for the new Tesla Model 3, then these are the pictures you have been waiting for. Our sources spotted what is called the candidate version of the Model 3 near the Tesla Motors head office in Palo Alto, California.

It is basically the final version, allowing only for a few minor tweaks and it shows some signifiant design changes from the concept which was a little more extrovert than the undisguised model you see here. The main exterior design change is at the front where the Model 3 will get a family look similar to that of the Model S.

The biggest development though is in the interior, where the Model 3 does away with Tesla’s usual large centre console touchscreen. Instead the Model 3 gets a large screen mounted on the dashboard. It is still in the centre though and looks rather old school in that it is not integrated into the overall flow of the dashboard design at all. It could of course be a ploy to distract us from any design changes behind it but that seems unlikely given that the model is so close to its initial introduction in key markets ahead of its full global retail production in 2018. 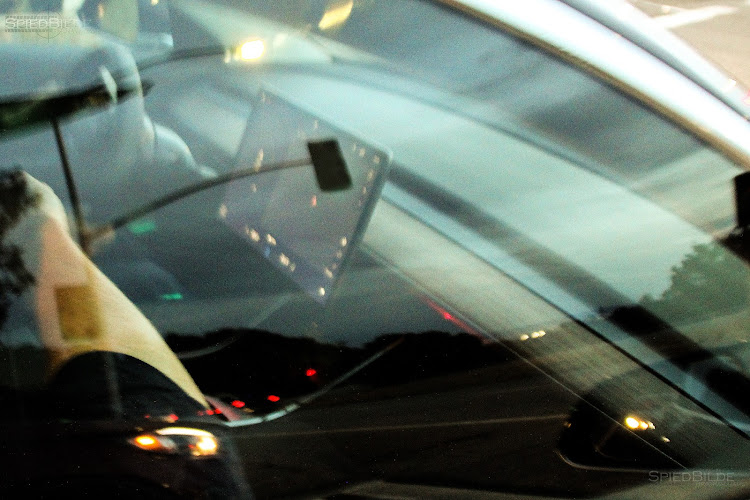 While the interior picture is not great, it is clear that the screen replaces almost all of the displays and controls for the vehicle. Look closely and you will see that there is no instrument cluster whatsoever. There does not even appear to be a head-up display which means everything from the speed to the infotainment, navigation and social media will all be displayed on that one central screen. This could well be why it is mounted high on the dash in order to try and reduce the risk of distracted driving by having to take your eyes away from the road directly ahead of you, but the risk is still there.

Some of that risk will be removed of course by the various self-driving modes that the car will be equipped with. Tesla boss Elon Musk has promised the next generation of autonomous features. Some of these are likely to be locked at time of launch we suspect, with software updates unlocking them as legislation changes and depending on the market in which the car operates.

The car was spotted being tested against a BMW 3 Series, which clearly shows that Tesla is targeting the popular Beemer with its latest model, at least in terms of space, luxury and technology. 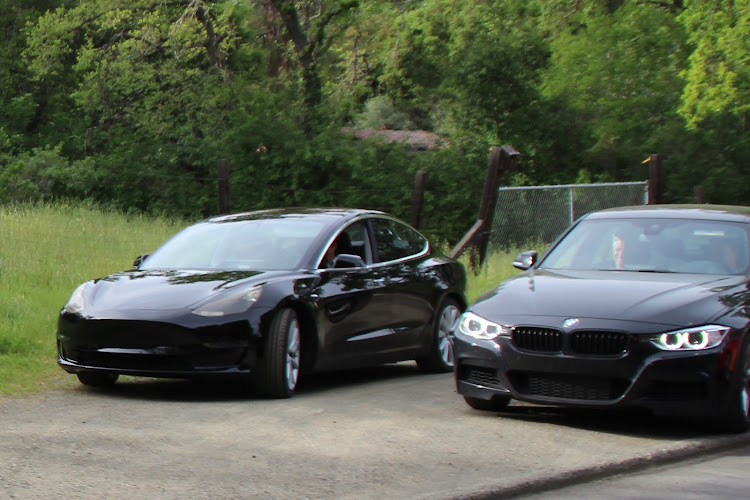 There is obviously one major differentiator though in that the Model 3 will be fully electric. The company is claiming a range of 346km on base models, increasing to 483km on more expensive versions. There will also be both two and four-wheel drive and just like the Model S, some models will get the famous ‘Ludicrous’ mode which provides supercar acceleration with the Model S capable of reaching 96km/h in under 2.5 seconds.

This all brings us back to the question of whether the Model S is actually coming to SA. Since Musk tweeted that it was, we have tried on numerous occasions to get Palo Alto to confirm the strategy here. Initially we were advised that Musk had tweeted without the knowledge of the rest of the company, a typical Musk thing, but then were referred to the regional office responsible for Europe, Middle East and Africa in Amsterdam. So far, in spite of numerous emails and telephone calls, we have been unable even to get a response to our questions. 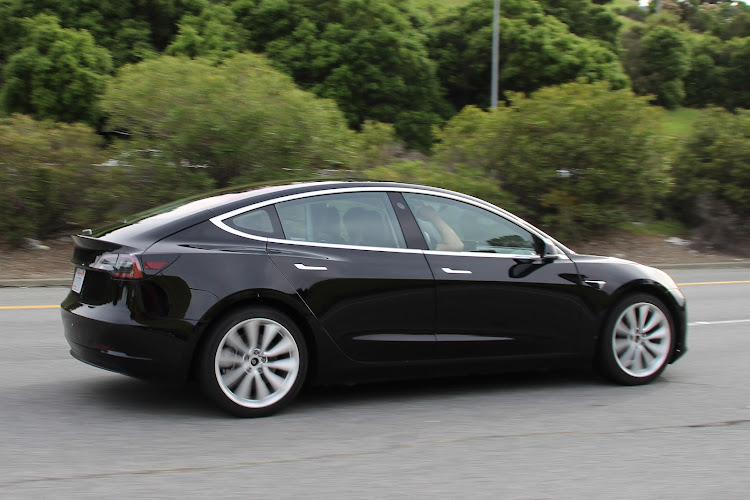 We did speak to the press manager for the UK, who is part of the regional team and again got the impression as she shrugged her shoulders and smiled that Musk makes announcements on social media and the rest of the company finds out at the same time as the rest of the world. It is a very strange way to run a business but it clearly seems to be working for Tesla.

Locally Tesla does have an office in Cape Town, but it is currently Tesla and not Tesla Motors, managing its Powerwall home and office energy storage products. In order to facilitate the introduction of the Model 3, the company will undoubtedly have to install its own supercharging network the same as that in the US and Europe. This is even more important in SA where we travel long distances and lack the electric vehicle charging infrastructure of many other international markets.

So for now all we really have to go on is that initial tweet from Musk saying the Model 3 will be in SA in 2018. It seems that no-one knows anything more than that. In a country where the wheels often turn rather slowly, maybe Musk will succeed whether others have failed and manage to implement a strategy at ludicrous speed.

Focus on technology: a car that double as an ...