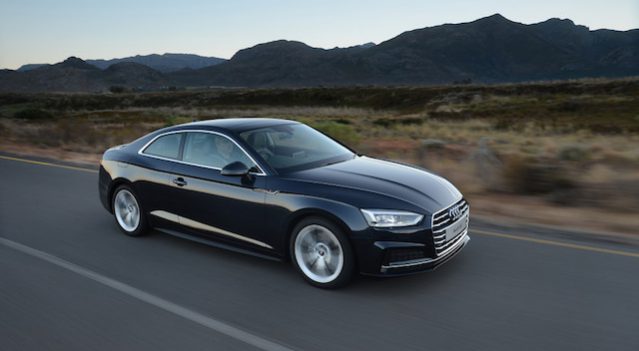 Retired Volkswagen Group designer Walter de Silva said the most beautiful car he had ever penned was the first iteration of the Audi A5 coupé. Mull over the significance of this statement for a second. And bear in mind that the man was also responsible for many stylistic wonders from Alfa Romeo – a brand that never fails to get enthusiasts gushing passionately about pretty looks.

The A5 came at a time when Audi was enjoying a renaissance. Around this period, they launched their first full-sized sport-utility vehicle, the Q7. The R8 arrived too taking place as the halo product of the line-up.

So, de Silva regards the old A5 as his greatest hit: which makes disagreement from a lowly scribe like me totally meaningless. It is said that a hallmark of good design is its ability to defy the vagaries of time. And you could assert quite confidently that the first version of the car has aged gracefully, especially since it was aided by a mild facelift during its life-cycle too.

Audi’s new Q2 is now in SA and Lerato Matebese attended its launch in the Western Cape
Cars, boats & planes
4 years ago 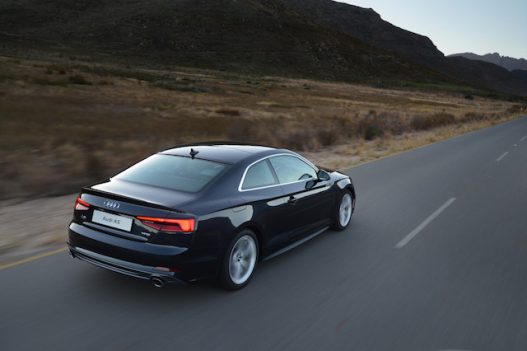 With the latest incarnation of the model, one gets the impression that the current aesthetic craftspeople at Audi approached things… prudently. Can you blame them? Imagine being told to recreate the Mona Lisa?

But look close and you will find that the all-new car is more than just an outgoing design plastered with a few jazzy Instagram filters. New character lines – and pleats in the bonnet – are among the changes made. By conservative Audi standards, this could almost be described as daring. The manufacturer even claims that a generous ladle of “soul” was dished into the engineering process.

That may be pushing it.

Personally, the adjective is only really appropriate to describe two things: a Hot Wings Meal 8 from Chicken Licken and the rich-as-pudding voice of Barry White.

From a dynamic perspective, the new A5 may not set the palate alight, nor will it open the dopamine floodgates. But it is a consummate premium appliance, a true two-door sophisticate with obliging manners. If these are your requirements, it is qualified to satisfy you.

It’s a rare supercar you can drive to work every day and not raise a sweat
Cars, boats & planes
4 years ago 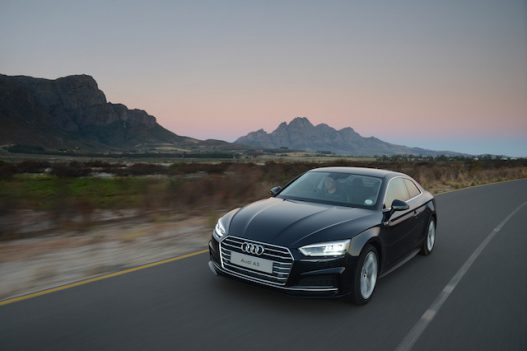 Buyers have a pick of four derivatives. The familiar 2.0T FSI is available in two states of tune; 140kW and 320Nm or 185kW and 370Nm. The latter is served with all-wheel drive, which is also the case with the 2.0 TDI, boasting an output of 140kW and 400Nm. Although this can be had in front-wheel drive guise too.

These models employ a seven-speed, dual-clutch transmission. Headlining the range – until that enticing RS5 lands – is the S5. This delivers 260kW and 500Nm thanks to its 3.0T FSI unit: Audi promises this six-cylinder engine was comprehensively revised, compared to the mill in the old car. Quattro is part of this mix, of course. The S5 employs an eight-speed automatic gearbox.

We cannot comment on how it compares to the likes of the BMW 440i (M Sport) or recently-launched Mercedes-AMG C43, as the unit was unavailable to drive. Expect a closer evaluation in due course.

Although we did sample the regular variants thoroughly enough to report that the A5 stays faithful to the character one expects from Audi products. Foolproof at the limit, sublime at isolating its occupants from external stresses and endowed with impeccable road manners. As with the former car, then, this is not a rakish performance coupé, but a dignified and refined touring machine. 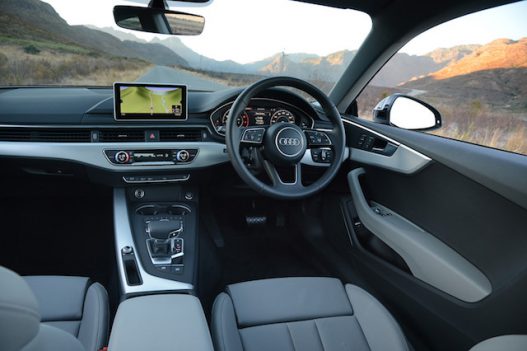 We could copy and paste the interior evaluation paragraphs from any Audi report we published in the last two years. It is encouraging how consistent the brand remains in terms of tactile quality and assembly when it comes to cabins. The A5 assumes the fascia template seen in newer stablemates, with a ventilation strip that stretches across the dashboard. The overall feel of the cabin imparts impressive solidity.

Audi offers a “Sport” option box on its list, although these comprise items that are entirely cosmetic. That includes 18-inch wheels and seats with contours that are more conducive to spirited driving.

While looking at the first A5, Walter de Silva might cling to the sentiments of Barry White in his rendition of Just the Way You Are.

But I think he will approve of this follow-up. It is a tasteful (if not unequivocally soulful) product with wholesome qualities, that is bound to age with elegance.

Expect the five-door Sportback models in May, with the drop-top variation scheduled for July. 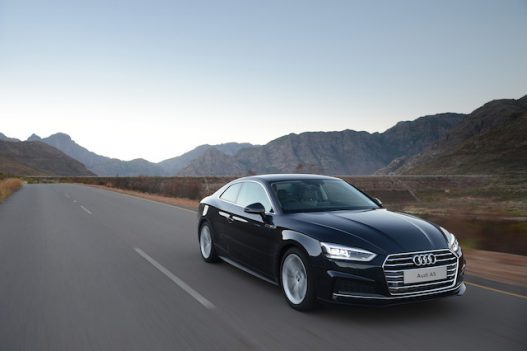 This article was originally published by Ignition Live.View the original article here.

Enjoying the ride in upper class comfort in a ...