With its latest Sedan, BMW has created an executive that goes beyond the business class

In 1972, Mark Spitz won seven gold medals at the Olympics; it was the year that men and women were seen as equal in US law with the passing of the Equal Rights Amendment; and the year in which the digital watch was first introduced.

It was also the year in which BMW introduced the BMW 5 Series, making 1972 positively wunderbar. Since then, the BMW 5 Series has been the benchmark in the medium executive segment, selling more than 8-million models. From its original days of simple luxury, the BMW 5 Series has evolved into a package that retains all the typical BMW hallmarks of driving pleasure, as well as refinement, status, and style.

The latest generation is no exception, presenting itself as the “business athlete”, a car that leaves behind the notion of everyday transport and instead leaps from the starting blocks to be as revolutionary in the car industry as the digital watch was back in 1972.

We were fortunate enough to drive the first generation and the latest
generation at the international launch in Lisbon, Portugal. The early model
showed why the BMW 5 Series has been so popular, with a true feeling of quality and refinement. It is the model that ushered in a new era for BMW, and the BMW 5 Series remains as important a model today as it was back then. Over the generations, it has evolved tremendously, to the point where the latest model displays characteristics that were once found only in the upper echelons of the automotive industry. 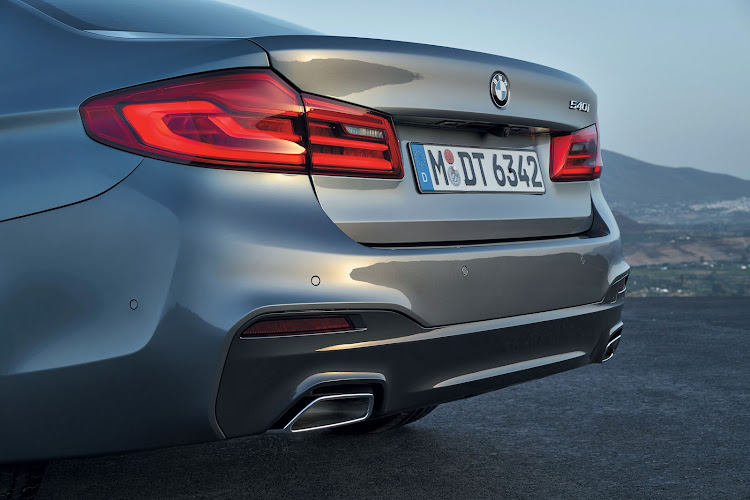 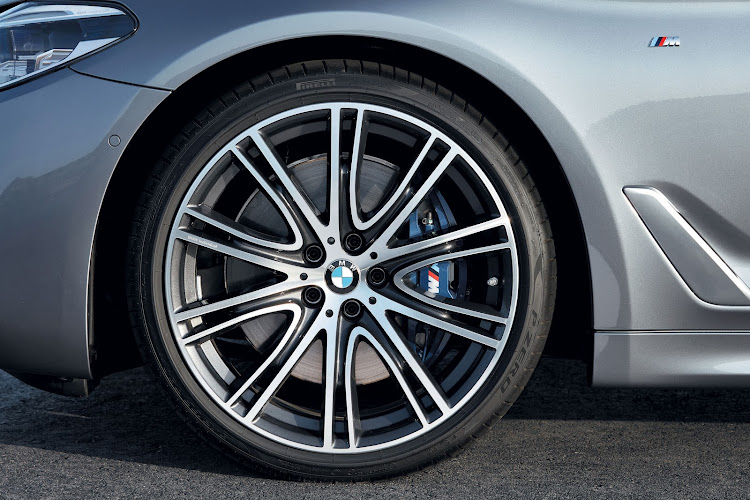 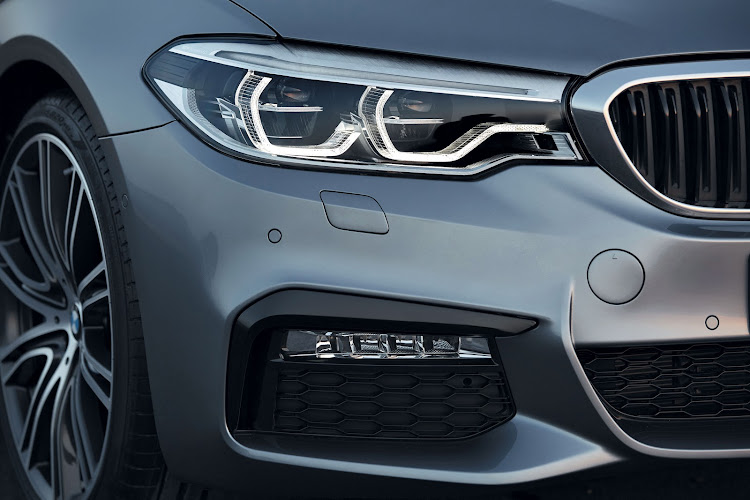 The design has been subtly changed from the last generation, with Adrian van Hooydonk, BMW’s vice-president of design, preferring to evolve the
design in a way that emulates the key attributes of the larger BMW 7 Series.
The grille is narrower and wider, as are the headlights. There is a new line
that runs from the trademark Hofmeister kink, to the front of the car, before
turning back on itself to give the car a stronger and more muscular profile.

The new BMW 5 Series is built on BMW’s new Cluster Architecture
Platform, the same platform as the new BMW 7 Series. It is a full 100kg
lighter than its predecessor, in spite of being 36mm longer, 6mm wider, and
2mm higher. Importantly, the wheelbase is 7mm longer, which might not
seem like much, but translates into more interior space, particularly for rear
seat occupants, who are now surrounded by even more luxury.

Major changes to the chassis, combined with the reduced weight and
the new integral active rear-wheel steering, translate into a package that is
not only business class, but even more athletic than the generations that
preceded it.

Both the diesel (520d or 530d) and the petrol (530i or 540i) models provide a level of performance that will appeal to those who seek that pure driving pleasure. Power ranges from 140kW in the 520d to 250kW in the 540i, but it is all about how that power is delivered — and the new BMW 5 Series impresses at every push of the throttle. All models deliver on the athletic promise, enhanced further by the feeling of increased agility. The steering feels like an extension of the driver, as you turn into the corner and the car responds perfectly to your demands.

Not surprisingly, the 540i, with its 10% increase in power, offers a level
of performance that will suit all but those yearning for a model wearing an
M badge. It is still comfortable and composed in the urban environment
though, ensuring a relaxed drive regardless of what is going on around you.
The new suspension contributes greatly to this, virtually removing many
of the typical bumps in the road, while at the same time also reducing
the amount of road noise to provide a level of serenity in the interior that
isolates the occupants from the world outside.

How you want the new BMW 5 Series to behave is up to you, of course,
thanks to a range of settings, including Eco Pro; Comfort; and the Sunday
morning, leave-the-week-behind Sport mode.

Like the true sports jacket, the new BMW 5 Series has been designed
and engineered to suit every occasion and, for that matter, every mood. In
the latest generation of an illustrious legacy that began way back in 1972,
BMW has created not only a business athlete, but an executive that delivers
on its promises and, let’s be honest, not every executive does that.