The Tecnomar for Lamborghini 63 yacht is a supercar masterpiece on water, literally

You know that part of the James Bond film where Sean Connery is looking ultra-slick in his boat (avec damsel in distress), and then, suddenly, the action gears up and he’s being chased by baddies? Action, drama, excitement, speed, glamour — the whole thing is a mood, and I can’t help but think of that From Russia With Love scene when clapping eyes on the latest motor yacht from luxury supercar maker, Lamborghini.

From Russia With Love was released in 1963. Fast-forward to the 21st century and the Tecnomar for Lamborghini 63 motor yacht is totally futuristic, as was the car it was inspired by: the Sián FKP 37 — launched the same year Lamborghini was founded, 1963. Coincidence? Methinks not.

The Italian Sea Group lent its hand to help with the “boat” side of things. As one of the largest, and leading, groups in the luxury-yachting industry, it makes sense that Lamborghini sought them out.

The luxe car brand takes to the seas with its first-ever LY 650 yacht
Cars, Bikes & Boats
9 months ago

Reinterpreting the common DNA traits of both brands was a challenge welcomed. Performance, driving pleasure, emotion, and attention to quality and detail were the driving forces behind the process and influenced the finished product. Most notably, this luxury motor yacht boasts a speed and ultra-lightweight design that is totally unique to the Tecnomar fleet.

Powered by two Man V12-2000hp engines (equivalent to 4000 horsepower), the motor yacht reaches an impressive 60 knots (about 110km/h) — making it the fastest of its kind. At 19.2m long, this machine weighs in at just 24 tons, thanks to its use of carbon-fibre material.

The Tecnomar 63 comes in a number of external colours.
Image: Lamborghini

Borrowing styling cues from its cars, the yacht combines a sporty silhouette with a nautical appearance. Evident of Lamborghini’s roadsters is the featured hard top which not only protects one from the elements, but also aids the aerodynamic performance. The Terzo Millennio and Sián FKP 37’s distinctive Y-shaped lights can be seen in boat’s bow, while the instrument panel is reminiscent of Lamborghini’s sportscar cockpits — even incorporating the signature “stop/start” button to start the engine. The Tecnomar 63 comes in a number of external colours, and everything from colour to material can be customised using Lamborghini’s Ad Personam program. 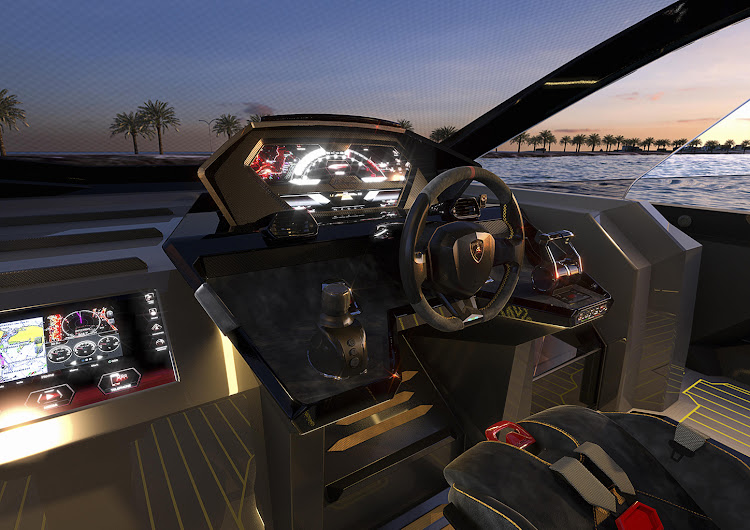 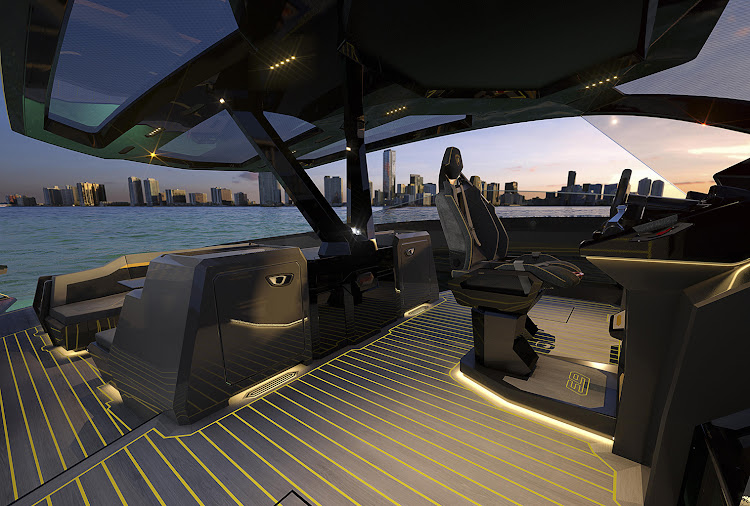 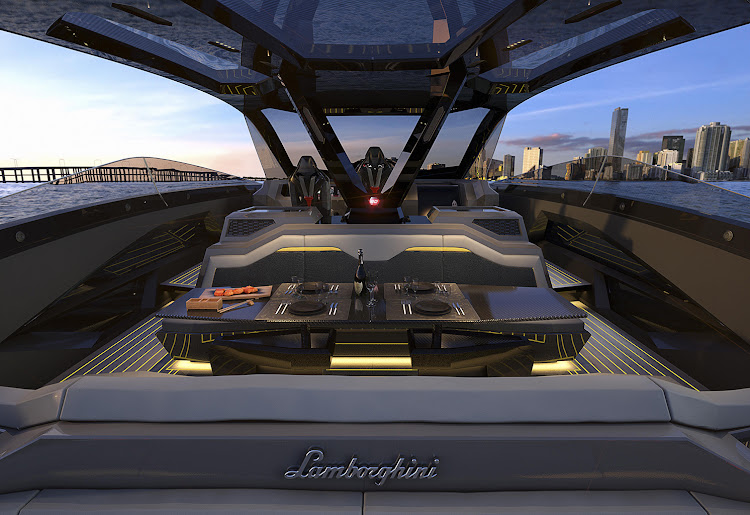 The Italian Sea Group and Automobil Lamborghini have managed to combine both brands’ aesthetics, while honouring traditional Italian craft and style. The Tecnomar 63 represents the vanguard in luxury speedboats.

“If I had to imagine a Lamborghini on water, this would be my vision”, explained Lamborghini’s chairman and CEO Stefano Domenicali. Expanding on the collaboration, Giovanni Costantino, CEO of the Italian Sea Group, said, “Selected owners around the world will own not only the fastest Tecnomar motor yacht in the fleet, but a masterpiece.” This majestic sea beast will cost €3-million, and only 63 will be made.

Sure, I don’t want to be chased by baddies —  though you could do worse than this yacht for the ultimate speed chase —  but I certainly wouldn’t mind setting sail on the open seas, draped in Chanel, Sean Connery lookalike in tow (no damsels here, darling, only heroines) in my personalised Lambo yacht. Total drama, total flair. Now, wouldn’t that be a thing?

• The first yacht will be available at the beginning of 2021. Visit Tecnomar 63 for more information.

Mark Smyth took to the open sea in the luxurious Princess S78 yacht
Cars, Bikes & Boats
8 months ago
Next Article
© Wanted 2020 - If you would like to reproduce this article please email us.