Words: Mark Smyth
The Sinot Aqua is not only one of the most luxurious and expensive concept yachts, it’s the most environment-friendly too.
Image: Supplied

Nothing quite spoils a relaxing cruise on the ocean like the noise of massive diesel engines down below. It’s not just about the racket though, the marine industry might have avoided being targeted in the same way as the automotive industry but it is still conscious of environmental issues, such as emissions, and is looking at ways it can change through new technology.

A report by research group IDTechEx says every container ship emits the same amount of CO2 as 75,000 cars. That’s a startling statistic and one to which many are starting to pay attention. But it’s not just commercial vessels — the luxury yachting industry is also entering a period of transformation.

Just as yachts come in all shapes, sizes and prices, so too do the options to go green on the blue. Some builders are developing hybrid setups, which work particularly well for long-distance luxury yachts. Using a combination of a petrol or diesel engine and an electric motor, hybrid provides distance as well as the ability to cruise silently in the harbour in electric mode. Electric also means you can switch off the polluting side of the engine when you are in an environmentally sensitive area, like a coral reef.

The luxe car brand takes to the seas with its first-ever LY 650 yacht
Cars, Bikes & Boats
6 months ago

One company offering this solution is Maverick Yachts in Cape Town. The Maverick 440 hybrid is a catamaran which offers three cruising options: an electrically operated sail, an electric motor and a diesel engine. Cleverly, this sailing yacht is also fitted with 1,340W solar panels, which can be used to top up the 42kW lithium-ion batteries.

But what about full electric power? Admittedly, the prospect of running out of charge in the middle of the ocean is daunting but electric power is generally being used for luxury motor boats – it’s perfect for cruising close to the coast or along the Vaal River.

Boatbuilders around the world are using existing technology from the automotive industry to create solutions on the water. Some are using Tesla batteries, others the power from the batteries BMW uses in its i3. Frank Stephenson, the famous designer of the BMW Mini and a number of McLaren models, even designed, and then commissioned, his own electric motor boat to cruise on the River Thames.

Silent-Yachts produces a range of solar-powered yachts up to 24m long.
Image: Supplied

Want to go bigger and further? Austrian yacht company Silent-Yachts produces luxury yachts up to 24.3m long and with up to three decks. While you can have a small diesel engine as a generator, its yachts are pretty much self-sufficient. They feature solar panels on the roof which charge the lithium-ion batteries and allow you to go much further and be on the ocean for weeks at a time. The company has even taken things a step further by including a water-generation system, to ensure you never run out of fresh water on board. No doubt some wealthy owners would like to see a champagne-generating system too.

Then there is the ultimate in environment-conscious yachting, an accolade that definitely goes to yacht conceptualists Sinot in the Netherlands. They have created some incredibly beautiful yachts over the years but the latest, the Aqua, uses a hydrogen fuel-cell propulsion system.

It’s the first of its kind and generated so much interest that rumours quickly spread that Microsoft founder Bill Gates had ordered one. That rumour has been vehemently denied by the company but Gates is one of the few people in the world who can afford one. The Aqua has a price tag of $500-million (R7.5 billion).

WATCH | Go inside the world's most luxurious and environment-friendly yacht:

“We focused on an environmentally sensitive subject: yacht propulsion and the choice of fuel,” says company founder Sander Sinot. “To take this discussion into an entirely new realm we have initiated Aqua, our new yacht concept, using a hydrogen-electric system capable of catering for all onboard energy needs.”

If it gets built, it will not only be one of the most environment-friendly super-yachts in the world, but one of the most luxurious too. At 112.3m, it features on owner’s pavilion, two VIP state rooms, 14 double cabins and a captain’s cabin. It has a maximum speed of 17 knots, 4.0 megawatts of power generation from its hydrogen fuel cells and a range of 3,750 nautical miles. Design features include a cascading waterfall from the pool on the rear deck, a multi-level ornate staircase, hot tubs and space to fit two leisure or landing boats, three jet skis and a helipad. 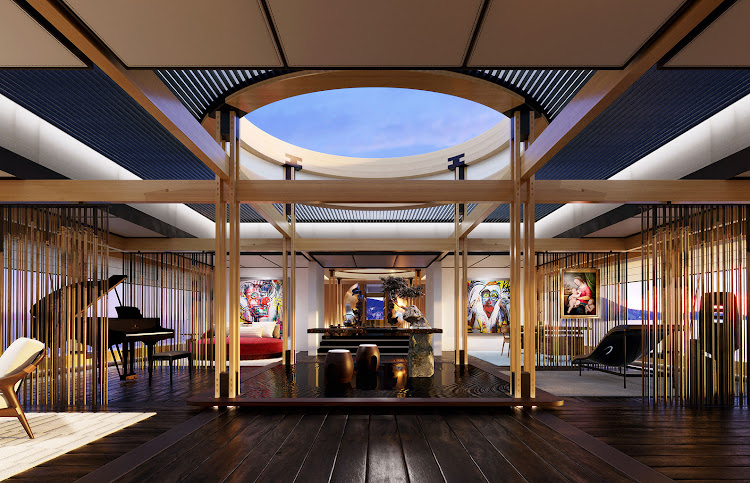 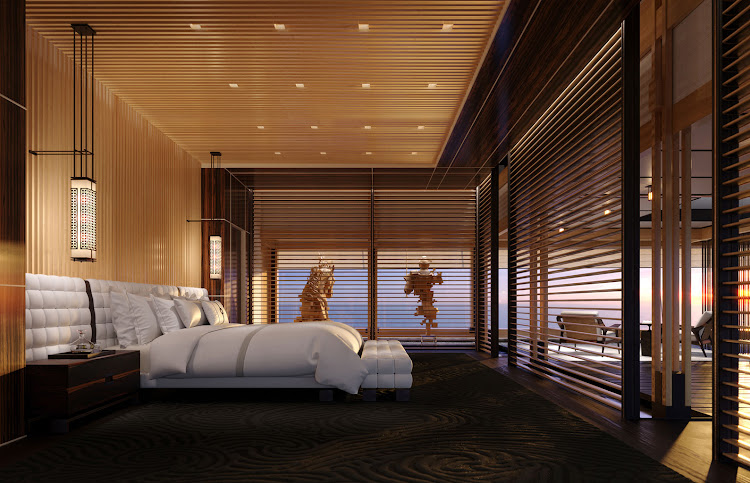 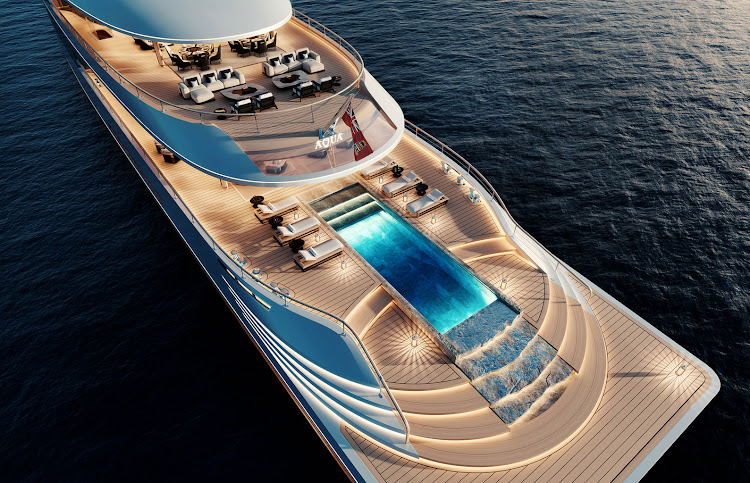 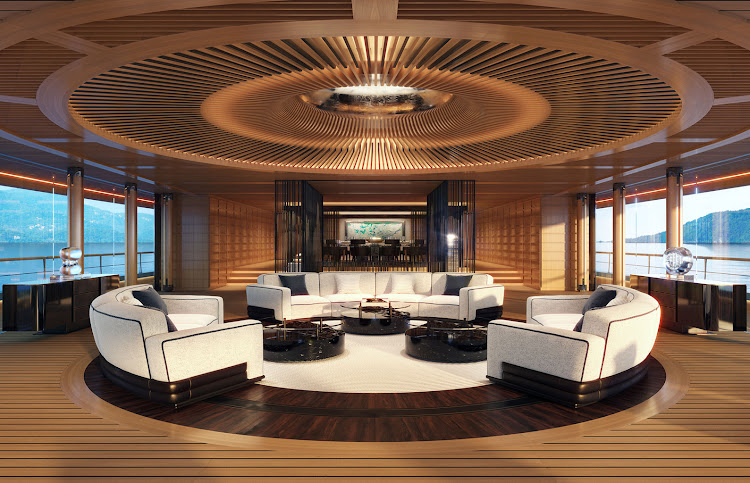 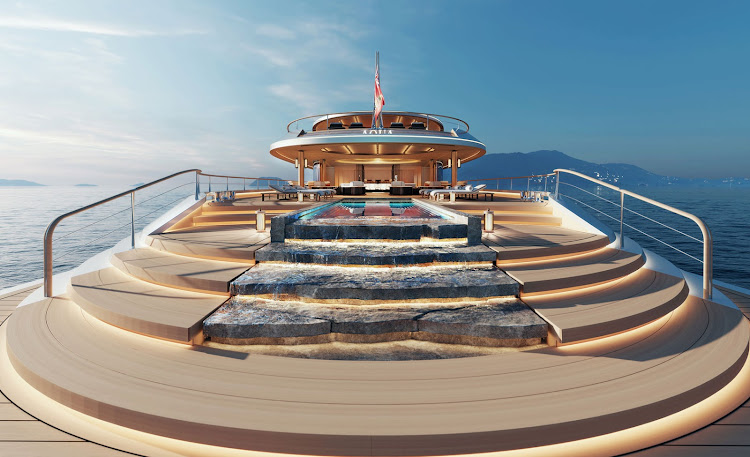 With ocean pollution getting worse and, famous coral reefs being eroded, creating environment-friendly solutions that still allow the wealthy to enjoy life on the ocean waves is essential. Whether you are looking at a simple sailing yacht or a mega-luxury cruiser, there are many new solutions. I’ll stick to the old one for now, though - where did I put my oars?

Submarines, helipads, and private dressing rooms are just some of the fittings the world’s most extravagant yachts are kitted out with
Cars, Bikes & Boats
2 years ago
Next Article
© Wanted 2020 - If you would like to reproduce this article please email us.