You can have the Stefan-Antoni-designed apartment in Camps Bay, a holiday home in the Maldives, or even a Gulfstream private jet, but nothing says, “I’ve made the big time” quite like a yacht. In fact, let’s face it, most people don’t even follow the Monaco Grand Prix for the racing. They watch it for the beautiful people and the opulence of the yachts bobbing around in the principality’s world-famous harbour.

Speaking of the nautical and motoring worlds mixing, over the years a number of exclusive car companies have put their names on yachts. Floating endeavours really do provide the ultimate in prestige even for those who produce multimillion-dollar sports cars.

Ferrari was one of the first, when its illustrious badge first appeared on a Riva speed boat. Porsche Design got in on the action many years later, followed by Mercedes-Benz, Aston Martin, and even Bugatti. Lexus also tried its hand at a luxury speed boat in partnership with the Marquis Yacht Group in the US. That remained a concept, but then the marque decided to go much bigger and more luxurious.

The Lexus LY 650 is a true luxury yacht, measuring in at 65ft (19.94m) with a basic price of $3.74-million (more than R55- million), but unlike Lexus cars, you won’t get everything as standard. A yacht is tailor-made, reflecting an owner’s personal taste, with options likely to see the cost rise to $4.85-million (more than R71-million).

It takes its design inspiration from the 2017 concept, but while it looks like a performance yacht, it’s not so much a sports boat as a luxury cruiser. It’s manufactured from the latest materials, with extensive use of carbon-fibre-reinforced plastic that is both light and strong, similar to many of the most exotic high-performance sports cars.

There’s a flybridge that provides a superb view as you take to the helm and sail away from the shore, while your friends relax on the sumptuous seating areas at the bow and stern of the main deck. The upper salon features a control bridge with captain’s chairs and the main lounge area. Luxurious sofas allow for entertaining or just watching the waves and your stresses drift by. The aft galley offers enough space and appliances to create a fine dining experience for your guests.

Below deck, there’s a master stateroom that’s a match for any five-star hotel with a double bed, en-suite bathroom, sofa, dressing table, and television, as well as all the essential technology for those who wish to remain connected to the world. Two other cabins allow for up to six to sleep on the yacht, which can accommodate up to 15 people. It’s all air-conditioned, of course, and as the ultimate venue for entertaining, there’s a bespoke Mark Levinson audio system.

“The LY 650 symbolises the challenge Lexus has taken up in its aspiration to become a true luxury lifestyle brand, venturing beyond the automobile,” says Akio Toyoda, president of Lexus’ parent company, Toyota. He adds that the process to create the yacht allows “Lexus’ ‘Crafted’ philosophy of hospitality that anticipates a person’s wishes and meticulous attention to detail to be realised in the form of a luxury yacht. I am truly looking forward to seeing the LY 650 display its beauty on oceans around the globe.” 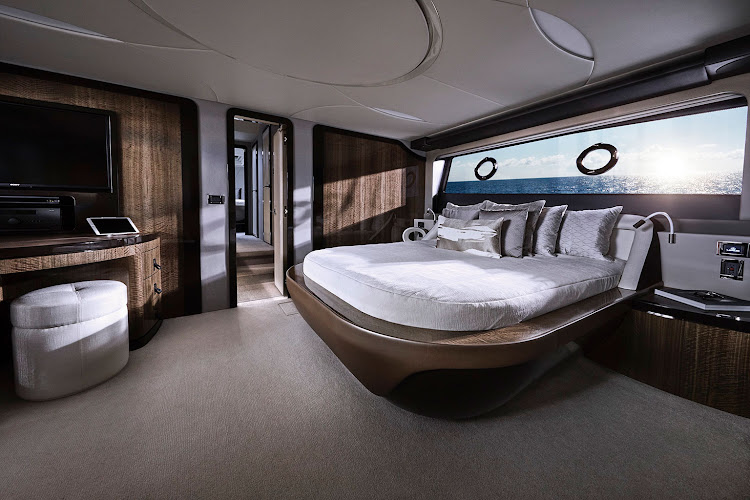 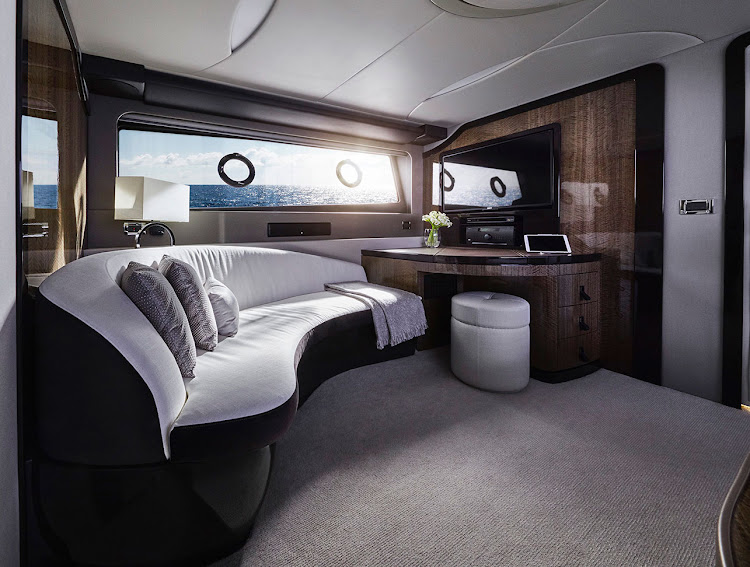 Despite being the world leader in hybrid technology with its cars, the Lexus yacht uses more traditional propulsion. It uses two Volvo Penta engines in various outputs, so is able to slice through the waves at speeds of up to 31.4 knots. There are marine engine manufacturers looking at more environmentally friendly solutions, though. Princess Yachts is currently working on a hybrid setup with its supplier Man, so you can expect further developments to come.

“I expect all power-craft markets to have a continued push for innovative technologies — allowing for better efficiency and lower emissions — not unlike automotive manufactures,” says Josh Delforge, vice-president of design and engineering at Marquis Yachts. “To a degree, we are already starting to see this, but as technology improves and costs come down, it will become more mainstream. Once this shift picks up momentum, we’ll see it quickly spread into anything that has an engine.”

The yachting world is evolving, with more technology, more environmental solutions, and the latest in lightweight technology. But in the LY 650, Lexus has focused on creating its vision of luxury.

This new baby could take you to an exclusive island cove where you won’t see another soul. Or host your friends for an evening of dining as you look back across the water and distant city lights. It’s not just the ultimate in luxury — it’s the ultimate provider of freedom.

Submarines, helipads, and private dressing rooms are just some of the fittings the world’s most extravagant yachts are kitted out with
Cars, Bikes & Boats
2 years ago