Cue the engines: the Audi Q8 marks new territory for the German brand 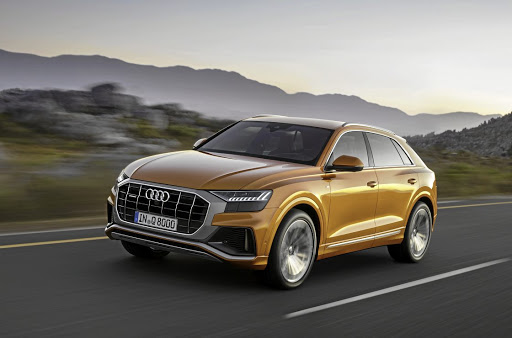 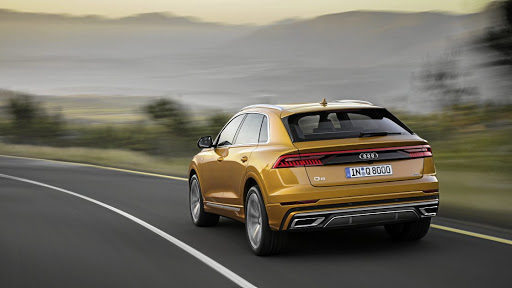 One can argue that it was a case of when rather than if Audi would follow BMW’s X6 with its Q8, which will arrive in SA towards the end of fourth quarter of 2018.

Unveiled first at the 2017 Detroit motor show under the guise of the Audi Q8 Sport Concept, it is intriguing to note that the model has been unveiled in China in production garb bearing the same design elements as that concept.

The model is new territory for Audi as it will contend with the Mercedes-Benz GLE coupe and the Range Rover Sport in this rather oddball but surprisingly popular niche market.

Lerato Matebese details the new models we can look forward to in SA in 2018 as well as a few more that are still under consideration if economic and ...
Cars, Bikes & Boats
2 years ago

The Q8 will be built on the MLB Evo platform that underpins the Q7, Bentley Bentayga, Porsche Cayenne and the Lamborghini Urus, the latter sharing an uncannily similar rear.

Unlike any other Audi that has gone before it, this model takes on a design language that will take some getting used to. It features a prominent 3D grille, large air intakes and a wide stance, with the 22-inch alloys giving it a stocky pose. Moving to the rear, the lights that span the width of the car are similar to those of its A7 and A8 siblings and will be a spectacle to watch. 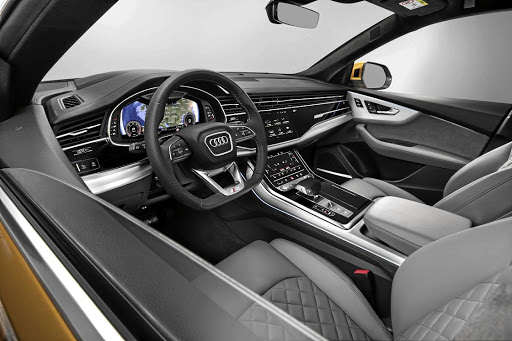 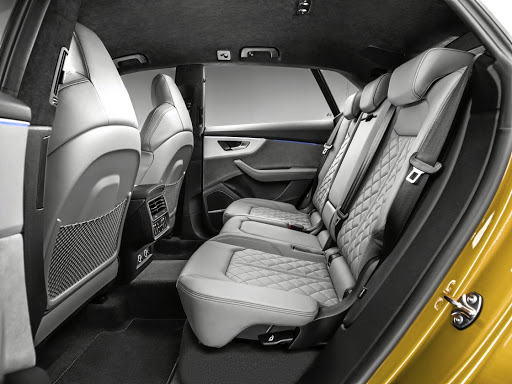 Dimensionally, the model is said to be 130mm longer than the Range Rover Sport and 100mm lower and 10mm wider. Its wheelbase is 70mm longer, while boot space is 650l in standard guise and 1,755l with the rear seats folded.

In comparison, the Q7, with which it shares a platform, has a boot space of 770l and 1,995l. Mind you, the Q7 is a full-on seven-seater, so the Q8 as a five-seater vehicle is not short on utility space.

The cabin layout is similar to the A7 with its dual touchscreen with the top one controlling the infotainment system, while the bottom one is for adjusting climate controls.

With aluminium components, the model will more than likely be more agile and dynamic than its Q7 sibling

At this point, local engines have not been confirmed by Audi SA, but we can expect a range of diesel and petrol V6 powerplants in different states of tune to fit under the company’s new naming convention, in this instance 250kW 3.0l V6 petrol denoting the 55TSI and a 210kW 3.0l V6 turbodiesel being the 50TDI variant.

These are the models that will be introduced in international markets such as the UK, so are likely to be destined for our shores too.

While there is no talk of an SQ8 with the 4.0l twin-turbo V8 engine from the SQ7, considering the sporty market that the model is pitched at, I have little doubt that a petrol propelled RSQ8 (with 485kW) will come along as the flagship model to take on the likes of the BMW X6M and Range Rover Sport SVR. There will also likely be a duo of less powerful 3.0l V6 diesel and petrol engines offered at a later stage once the initial hype has abated. Transmissions will come in the form of a seven-speed dual-clutch S-tronic unit for the diesel, while the petrol will be equipped with a conventional eight-speed torque converter automatic.

All models are said to use 48V electrical technology, which also signals the possibility of a hybrid-powered version at some point in the model’s life cycle, which means it will be an even more popular proposition for big hybrid markets such as the US and China.

Boasting plenty of aluminium components used on the five-link front and rear suspension, the model will more than likely be more agile and dynamic than its Q7 sibling, while this will also reduce the overall unsprung mass of the car although no official weight figures of the car have yet been divulged.

A host of autonomous driving modes, like in the A7 and A8, will be offered in the Q8 in varying levels. This could arguably be the first model in the segment to bring this comprehensive level of the technology to market, but whether SA-bound models will have the full suite or a specific level due to legislation and infrastructure remains to be seen.

The Audi Q8 sets out to be the most advanced model in its segment but the new X6 and GLE coupe are expected in 2019. Pricing should be comparative to its rivals, which means we can expect a starting price north of R1.2m when it arrives in SA towards the end of 2018.

Mini is in the cross hairs for the second-generation Audi A1
Cars, Bikes & Boats
2 years ago

One thing you need to know about the I-Pace up front — it is not only a fantastic electric vehicle, but it is a fantastic vehicle full stop
Cars, Bikes & Boats
2 years ago

We take a look at which models epitomise some of the most famous automotive brands
Cars, Bikes & Boats
2 years ago

This article was originally published by The Business Day.
You can view the original article here.

E-bike revolution: Why you should consider e-biking as ...

Wheels on water: Five of the best yachts from luxury ...