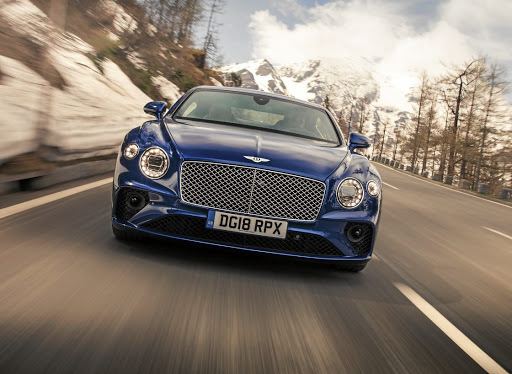 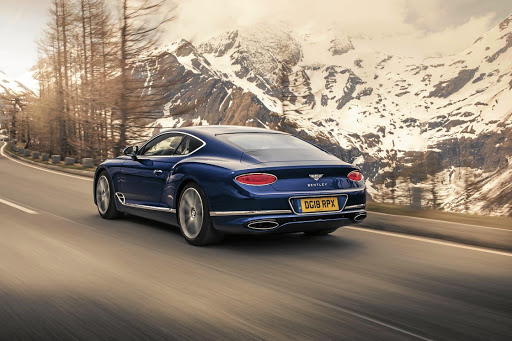 Back in 1952, the Bentley R-Type Continental was the fastest four-seat car of its ilk, something that is still true of the outgoing Continental Supersports.

The 1952 model also had one of the most elegant body designs, built by the then coachbuilder, HJ Mulliner and Co, an outfit that is still affiliated with the British car maker. With its classic and fluidic sculpture, the R-Type remains the precursor to the first generation Bentley Continental GT that was launched back in 2003 following Volkswagen’s (VW’s) acquisition of the British brand in 1998.

While it had a five-year gestation period, it is arguably the quintessential model that once again placed the modern day Bentley back on the map as it was built on VW’s Phaeton luxury saloon platform with which it shared a great deal, including similar appointments and its 6.0l W12 engine.

That engine is still an integral element of the Bentley brand having since done duties in the Flying Spur saloon and, more recently, the Bentayga SUV.

Both the first and second generation Continental GTs collectively sold 66,000 units. They were astute and comfortable long-distance cruisers, but they lacked the dynamic quotient that many of their rivals from Maranello, Italy could easily muster. 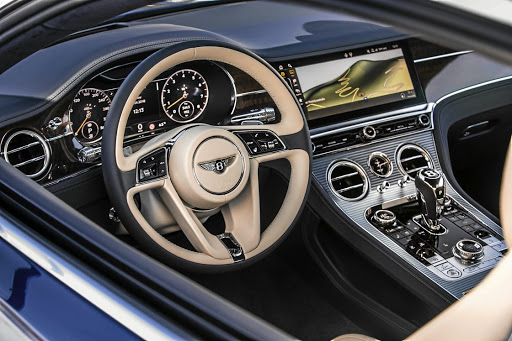 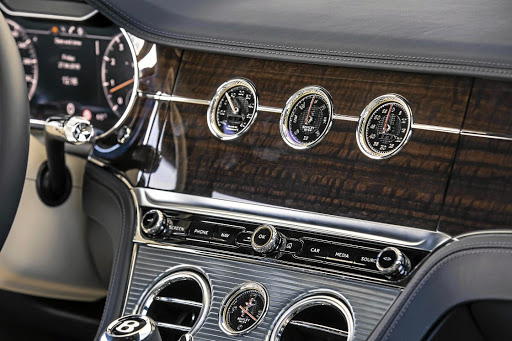 Granted, the typical Conti GT buyer was perhaps less perturbed by this and very much content with the craftsmanship on offer and the ability to cruise like a heat-seeking missile on long, flat tarmac.

Fast forward to 2018 and the third generation of the Conti GT made its international debut in Kitzbuhel, Austria, where Motor News was one of the first South African media publications to drive the model. It is based on the EXP 10 Speed 6 concept car that was first unveiled at the 2015 Geneva Motor Show, which was a clear departure in design direction for the brand as it featured a more sculpted and elegant design.

One of the big changes with the new model is that it is now built on a platform shared with the current Porsche Panamera, which among other things means it sheds close to 85kg compared with its predecessor.

Also, the aluminium skin of the new car, which is heated up to 500°C before pressing, has given designers more leeway to factor in more creases as evidenced on the flared rear haunches. In fact the entire side of the model is a single piece of aluminium form, said to be a first in the automotive world.

The front wheels have been pushed 135mm forward compared with its predecessor, which has given the designers scope to extend the bonnet and allow the snout to be lowered. The grille has been widened too, which manages to further accentuate the wider proportions of the new model, while those wide fenders are home to 21-inch wheels (there is a 22-inch option available on order).

It is the rear, however, that turns on the charm with its elliptical tail lights that mirror the exhaust outlets and give the rear a more elegant design.

The cabin is craftsmanship melded with the latest technology in a way only the British marque can execute. For instance, the quilted leather pews and door panels feature 712 stitches per diamond pattern, all done by hand.
The rotating 12.3-inch infotainment screen features 40 moving parts, while wood veneers fit seamlessly with the rest of the cabin. Chrome knurling of the switchgear feels more like a Swiss watch with excellent tactile feel and operation.

Bentley will of course follow the Continental GT with a droptop GTC version. The company is currently developing the model ahead of a reveal later in 2018 but here you can see our artist’s rendering of what the new GTC is likely to look like
Image: Bentley Motors

Much like its predecessors, the new model also features a 6.0l W12 engine mustering 467kW and 900Nm, which for the first time features both direct and port injection to achieve 15% better fuel efficiency and emissions, while a ZF dual-clutch automatic gearbox has been employed for the first time by Bentley.

According to Mark Scott, chassis and powertrain project leader for the model, customers demanded a more responsive driving disposition, particularly when overtaking or driving through a winding road. There were initial gearbox bugbears experienced by our international colleagues during pre-production drives in the UK late last year, but they were not apparent during our drive. In fact, both the engine and gearbox displayed such smooth matrimony that there was little need for manual gear intervention on my part.

A great deal of technical wizardry has been adopted for the chassis, starting with a 48V Dynamic Ride System that controls both comfort and lateral roll, the latter further aided by a three-chamber air suspension that ensures the waftage of the vehicle remains intact in Comfort mode. Of course you can switch to Sport mode, which tightens things up and you can hurl the model through corners with more verve than before, while the steering has a granular and direct feel in spite of being electrically assisted.

The engine remains an effortless powerhouse that also has variable displacement cylinder shutdown, which below 2,000r/min under partial load shuts off six-cylinders for even better efficiency with the company claiming a 12.2l/100km average fuel consumption figure.

Character is also something the Bentley now has in spades, thanks not only to the sportier silhouette, but also to the fine-tuned exhaust system, replete with bypass valves to offer a rich bass soundtrack in Sport mode.

When all is said and done, the previous Continental GT came under fire from the Mercedes-AMG S65, which felt slightly more upmarket thanks to the digital instrument cluster and fairly more modern finishes overall. However, with the new Continental GT, the tide has turned in the favour of the Bentley and it is now the model to chase in the segment.

Automotive design is undergoing a transformation, thanks to changes in technology
Cars, Bikes & Boats
2 years ago

Entering the future with the BMW i8

The BMW i8 makes a statement — even in an era where cars of the future are rapidly becoming cars of today
Cars, Bikes & Boats
2 years ago