Words: Lerato Matebase
The lines are much tighter on the latest generation making the GT look even more dynamic
Image: Supplied

Pictures simply don’t do justice to the new Bentley Continental GT, which we drove in Kitzhubel, Austria. What is arguably not obvious in images is just how wide and elegant the vehicle is.

Gone are the bulbous lines of its two predecessors and, in their place, is a more elegant and planted silhouette that melds GT proportions with sports car elements such as the squat baroque pose that can be seen from most angles. Also, the larger chrome grille further accentuates the wideness of the vehicle, while the crystal glass-inspired headlight innards have a jewel-like look to them.

I can go on about the exterior design and other elements, but we will unpack and expand on those in our full review early next week, so for now let me share with you my initial impression of the vehicle.

The opulence of ultimate luxury — the upper echelons of craftsmanship, whether it be in architecture, timepieces, or yachts — seems to resonate with ...
Cars, Bikes & Boats
1 year ago

The new model, much like its predecessors, is powered by a 6.0l W12 twin-turbo engine that in this instance puts out 467kW and 900Nm to all four wheels via a ZF-sourced dual-clutch eight-speed automatic gearbox. It must be mentioned that this is the first time that Bentley has paired its iconic W12 engine with a dual-clutch gearbox, something the company attributes to previous customers having asked for a much sportier drive than before, which perhaps also explains the new model’s sportier disposition.

Performance is said to see the big GT heave from standstill to 100km/h in 3.7 seconds and accelerate right up to a top speed of 333km/h.

Cassper Nyovest,  bro, this one’s also for you.

Typical of a Bentley, the cabin is a work of craftsmanship where appointments of painstaking detail are mixed with the latest technology including a rotating centre interface that swivels at the push of a button between the digital infotainment screen and analogue gauges. The system itself is said to have been a very complex thing to design having no less than 40 moving parts to operate seamlessly and silently and it is fascinating to see in action.

The rest of the cabin features swathes of quality leather, wood veneers and chrome knurling on some rotary switchgear, all done in a tasteful manner that will appease the most discerning of buyers. 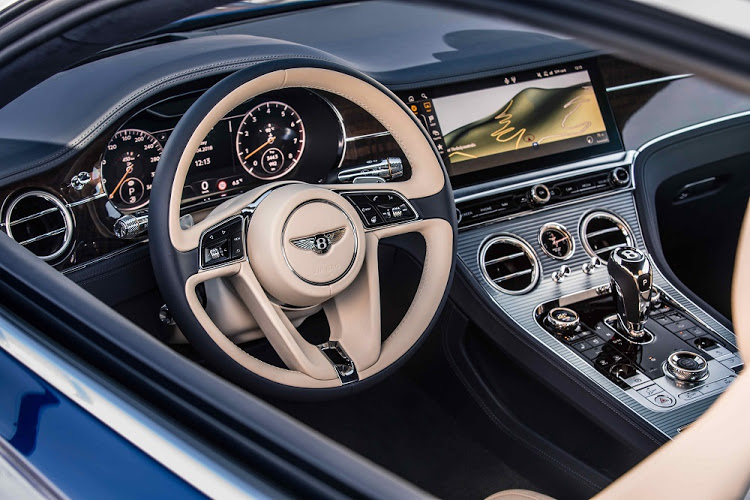 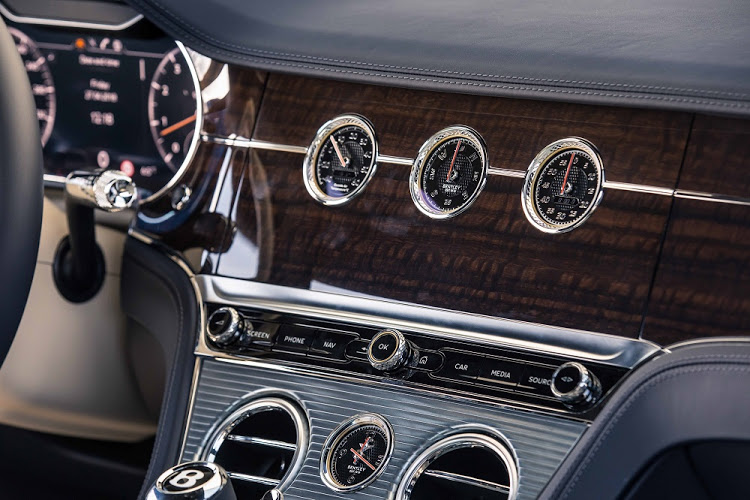 Out on the road, the latest model feels infinitely lighter than its predecessors in just about every way and whilst the vehicle still weighs in at a portly 2.2 tonnes, it feels more comfortable, thanks to the three-chamber air suspension and it steers with more eagerness and verve as I discovered while hurling it through some snaking mountain roads in Austria.

However, for the most part, the model is a GT and it excels in this role by cosseting its occupants in sheer opulence, space and comfort while covering ground at a lick that is almost imperceptible and only referenced by the rushing scenery.

In a nutshell, the new Bentley Continental GT has not only retained its grand tourer character, but has actually elevated it into another dimension altogether, all the while also injecting a fair amount of sporty flair to flatter the gentleman racer of the Bentley Boys variety. It will definitely appeal to the traditional Bentley GT buyer who appreciates opulent luxury, craftsmanship and effortless performance. To South African hip-hop artist, Cassper Nyovest, who has the first and second generation Continental GT models, bro, this one’s also for you.

The rear has more of a fastback style than before
Image: Supplied

Rolls-Royce has revealed the latest generation of its “best car in the world,” the Phantom, writes Mark Smyth
Cars, Bikes & Boats
2 years ago
© Wanted 2020 - If you would like to reproduce this article please email us.